Industry Tastemakers on Their 2011 Restaurant Breakups

Share All sharing options for: Industry Tastemakers on Their 2011 Restaurant Breakups

As is the tradition at Eater, our closeout of the year is a survey of friends, industry types, bloggers, and readers. We've already covered Top Standbys, Top Newcomers, Top Restohoods, 2011 in one word, Biggest Dining Surprises and Best Food and Drink. Now, Breakups. Readers, please add your thoughts to the comments. 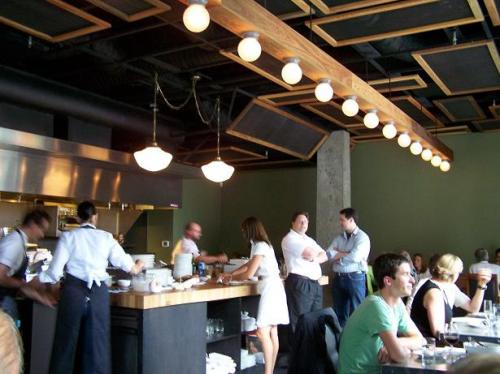 Jessica Voelker, online dining editor, The Washingtonian (former lifestyle editor at Seattle Met): I really liked the early Charles Walpole days at Anchovies and Olives, and had a few revelatory meals there: perfect flavors, simple but artful presentations. Those dishes and great wines were enough, for me, to overlook a room that always somehow felt forlorn. But early in 2011, I had a really bummer experience--disappointing food, arctic service--and stayed away for a while. Would love to come back and try it again. Next time I'm in town.

Allecia Vermillion, food and drink editor, Seattle Met: I don't get to do many repeat visits, so it's tough for me to technically break up with a place. However if I hear jerky things about a chef from a trusted source, I have a hard time separating that info from my perception of the restaurant.

Brad Foster, Seattle editor, Thrillist: Monsoon and I never really had any fun, so I just stopped calling...and Ventana took our breakup so hard that it closed.

Allison Scheff, food and dining editor, Seattle Magazine: Ezell's. Ezell (Stephens) sold the place (and the use of his name), and the chicken is not even close to as good as it used to be. It's the truth, dammit. (FYI: The original Ezell now owns Heaven Sent, a fried chicken joint in Lake City, but I haven't made it up there yet to see how it is).

Surly Gourmand: I am SO OVER Luc. When it first opened I found it to be a charming addition to Seattle's French restaurant canon. But now it's like they fired all the chefs and let Quato from "Total Recall" cook all the food. The most egregious example of Luc's lackadaisy was the croque madame I sampled a couple months ago. The bread was as stiff as the stick up your mom's ass, the egg was overcooked, and instead of ham they used pulled pork. I also broke up with Twilight Exit because they carded by 62-year-old uncle and my 60-year-old dad. Those motherfuckers would card a fucking 50,000 year old caveman who just got unfrozen from the block of ice he was trapped in.

Lisa Kennelly, There's a hipster in my latte: Smith. Between the crowds, the noise, the condescending waiters who don’t seem to grasp the concept of “service” and the increasingly inedible poutine, it became hard to find reasons to keep going.

Naomi Bishop, The GastroGnome: I think I’ve finally accepted that Seven Star Pepper, in the ID, is on a severe downhill slide and isn’t worth the meal—especially when Sichuanese Cuisine is just across the street. It’s been true since long before 2011, but I just didn’t want to admit it. It took a final few disappointments to solidify.

Amy Pennington, author of Urban Pantry and Apartment Gardening: Spinasse. Maybe its my southern Italian-educated taste buds (shout out to Long Island, right there) but I've just never been impressed with the food here. After a bad service experience last time (and a bill over $300) I was like...DONE.