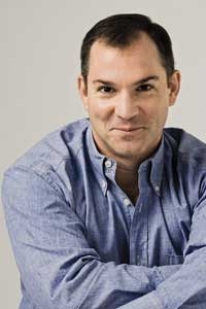 Today New York Times writer, past restaurant critic (and now op-ed columnist) Frank Bruni unveiled the results of last month's visit to Seattle, which he notes is "lousy with Dungeness crab." The gargantuan travel section feature combines a pseudo-review of Willows Inn on Lummi Island with a love letter to eating in Seattle:

To eat in and around Seattle, which I did recently and recommend heartily, isn’t merely to eat well. It is to experience something that even many larger, more gastronomically celebrated cities and regions can’t offer, not to this degree: a profound and exhilarating sense of place.

Bruni's samplings include an "unforgettable egg sandwich" at Madison Park Conservatory and Revel, described as "a sleeker, sexier and slightly less accomplished Momofuku Ssam Bar." Golden Beetle, Herbfarm, Knee High Stocking Co., Tavern Law and Staple & Fancy also get shout-outs. Bruni starts and ends with Walrus & the Carpenter, where he was quite taken with the server's hand-written oyster cheat sheet:

In this one odd-looking server at this one happy-making place, courtesy, earnestness, eccentric personal grooming and a proud scruffiness were all entwined. There was something so splendidly Seattle about that.

The guy is a ferocious writer; here are a few more gems from the piece.

1) The San Juans are to seafood what Bravo is to so-called housewives: a seemingly limitless trove of peerless specimens.

2) Portland isn’t as connected to and intimate with the sea and tides as Seattle. It’s not as wondrously watery.

3) Evergreens are everywhere — gargantuan and piney and so very, very pointy.

4) The region also has a spirit all its own, one that hews fetchingly to certain progressive, outdoorsy clichés; people show a fondness for bikes, beards, tattoos, flannel and all-weather pullovers that lies far outside the statistical norm.