The openings of Ba Bar and Bar del Corso are imminent, and Eater is switching into full fanfare mode. Meanwhile, here's an update on some of the other projects in the works. 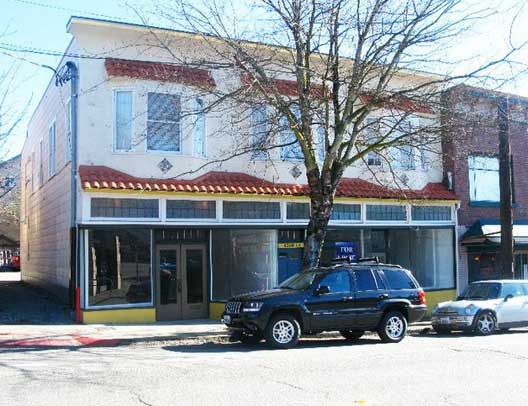 FREMONT—Owner Miles James, of Seattle Sausage Company fame, is still targeting July 27 to open the doors at Dot's Delicatessen. Seattle Met says former Cremant owners/operators Scott and Tanya Emerick will also be involved, Scott cooking and Tanya helping manage and organize. Emerick was most recently at Le Grand Bistro Americain in Kirlkand. Meanwhile, a range has been installed, complete with a 14-foot hood that dominates the small space. The idea, says James, is that you're sitting in his kitchen. [Seattle Met, EaterWire]

CAPITOL HILL—Kitchen installation is happening this week at Li'l Woody's, the burger-fry-and-milkshake spot opening on Pine Street. As previously reported, the menu will include Painted Hills beef patties, a fried chicken sandwich, nine milkshake flavors made with Molly Moon's ice cream, and hand-cut fries (per the release, you can get "crack fries" with a tiny serving of milkshake for dipping purposes). The shop will also have a small retail counter, since that's the hip thing to do these days. Target opening: mid to late July. [EaterWire]

INTERNATIONAL DISTRICT—Allison Scheff says World Pizza, which originally opened in Belltown in the 1990s, is being born again in the ID as of Saturday. The new location is in its soft opening stage right now, and Scheff gives a little more background over here. [Seattle Mag]