A handful of new restaurant projects opened their doors on Friday... 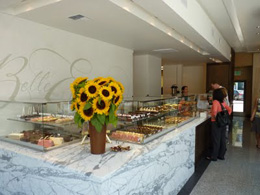 MADISON PARK—The new Belle Epicurean location is softly open and serving pastries, sandwiches and other assorted sweets beloved at the original downtown address. However owner Carolyn Ferguson tells Madison Park Blogger that the separate space on the east side of the building will house a new concept: a very on-trend retail operation. The space will be called Provisioner, and will sell dough, cake mix, condiments...and wine. The space is also available for private events. [MPB]

WALLINGFORD—Wallyhood says that the latest location of Zaw Artisan Pizza opened for business over the weekend. The pizza chainlet took over a former 7-11 store, and will sell growlers of Manny's in addition to the regular pizza and salad menu. [Wallyhood]