The biz journal's Glenn Drosendahl ushers in the weekend with two appearances on today's EaterWire. 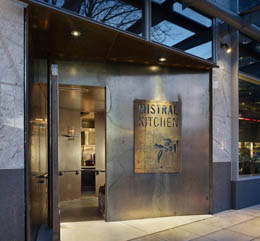 NOWHERE—GlennDro makes a valid point ? where's the Peruvian food in Seattle? It's not as if we're afraid of ceviche around these parts. [PSBJ]

BELLTOWN—And now for another quick update on the new Black Bottle project. GlennDro talks to chef Brian Durbin and partners Chris Linker and Judy Boardman, and apparently this location will be an entirely new concept. The goal: an October opening. [PSBJ]

SOUTH LAKE UNION—Jess Voelker breaks down some changes behind the bar at Mistral Kitchen. Ashley Pugh, who took over as bar manager after Andrew Bohrer left, has moved to New Zealand (seriously). In her place...Nathan Weber, previously of Tavern Law and Vessel alum Michael Betrand. [Seattle Met]