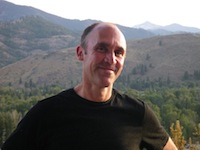 Scott Staples has been raising funds to open Restaurant Zoe on Capitol Hill. Today, he announced a change to the Founding Diner program: "We have decided to modify the dine out duration from a 4 year amortization to 3 years." So, instead of having to spread your $1500 over four years, you'll get to use it in three. Sounds like a win for Founding Diners. Oh, and it looks like things are still on track for a mid-January opening!! [EaterWire/Facebook]