Share All sharing options for: The Experts On 2012's Biggest Dining Surprise

As is the tradition at Eater, our closeout of the year is a survey of friends, industry types, bloggers, and readers. We've already covered Best Standbys, Top Newcomers, 2012 in a Word and Best Dining Neighborhood. Now, it's time for the Biggest Dining Surprise of 2012. Once again readers, please add your thoughts to the comments. 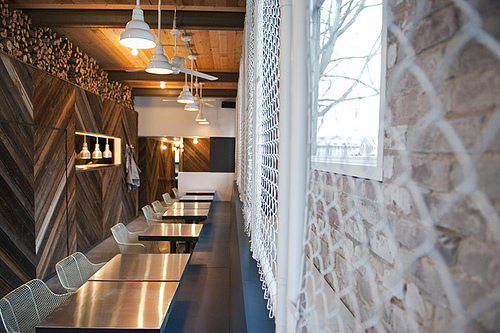 Q: What was the biggest dining surprise of 2012?

Surly Gourmand, writer/curmudgeon: I'm pretty surprised that barbeque is so popular all of a sudden. Personally I don't usually eat BBQ at a restaurant, mostly because the sauce is so fucking messy and I don't want to leave the place looking like I just got my Red Wings.

Kathleen Flinn, author, The Sharper Your Knife, the Less You Cry: That in a supposedly down economy, a surprising number of higher-end bistros and restaurants opened and the others were packed.

Allecia Vermillion, food & drink editor, Seattle Metropolitan: The whole lightning-fast meltdown that happened at Chino's. I actually thought it was a solid concept.

Jennifer Worick, author, Things I Want to Punch in the Face: For me, it was the tastiness of pulled pork everywhere. My favorite surprise was trying the Indian tacos from the Off the Rez food truck. Pulled pork on fry bread, what? I didn't even know this was on my life list but yep, it was. Check.

Erin Thomas, editor, SIP NW: It's not really a surprise since we swap so many trends with Portland, but it's been a blast to watch food trucks explode and in random routes like sushi, grilled cheese sandwiches and donuts.

Hanna Raskin, restaurant critic, Seattle Weekly: I thought Seattle's ice cream troubles (Mora excepted) were indicative of a greater Pacific Northwest issue until I toured Portland's ice cream shops this summer. I don't think there's much for Seattle to covet down south, but I was surprised to find much better ice cream there.

Linda Miller Nicholson, Salty Seattle: That's Amore in Mt. Baker survived another year. Known affectionately by anyone who has ever eaten there as the "worst restaurant in Seattle with the best view," That's Amore has long been a source of great gastrointestinal discomfort to many an unsuspecting meal hunter. It's truly a marvel that this place still stands, especially considering that the killer setting and lack of competition in the area would make a great location for a true neighborhood bistro to set up shop and rake it in. To put it plainly, SOMEBODY BUY THIS PLACE AND DO SOMETHING GOOD WITH IT, PLEASE.

Julien Perry, editor, Eater Seattle: Rover's ending. It was one of those, "Remember where you were when you heard..." moments for me. Having worked there for a year, and seeing how successful it was from the inside-out, the news sort of rocked my world.

Leslie Kelly, contributor, Seattle Magazine: Salads. For years, rarely ordered them because they were so boring, but that's starting to turn around. I especially love the addition of grains like farro and beans and crazy greens. The anchovy-riffic puntarelle salad at Rione XIII is so boss. Thrilled to see kale and mustard greens take a starring role in salads that have so much character and texture and flavor.