Welcome back to I-5 High Five, a look at restaurant news from up-and-down the Pacific Northwest corridor. 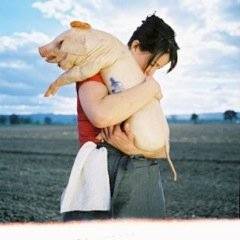 PORTLAND: Moving vans are on the horizon for Top Chef Master Naomi Pomeroy: The chef/owner of Beast announced earlier this week that she will not seek to renew her current lease in Portland's NE neighborhood, and is scouting new spaces for her popular supperclub-style dinners: including sites in downtown. Other menu changes may be in the works as well. [-EPDX-]

BELLINGHAM:Fifties/sci-fi themed Rocket Donuts will open an outpost in Fairhaven says The Bellingham Herald. Construction of a new building is scheduled to begin in March and be completed by the end of the year.

PORTLAND: A flurry of new projects and expansions are are on-tap for Portlanders: The owner of Eater 38-approved restaurant Tabla announced that he's looking to open a casual meatball concept in a new "restaurant incubator" in Northeast Portland, while Navarre chef/owner John Taboada will expand his popular restaurant into a neighboring space, building out a full bar. And the familiar faces at Grand Central Bakery announced they'll open their 12th — twelfth! — Portland location in the Beaumont neighborhood. [-EPDX-]