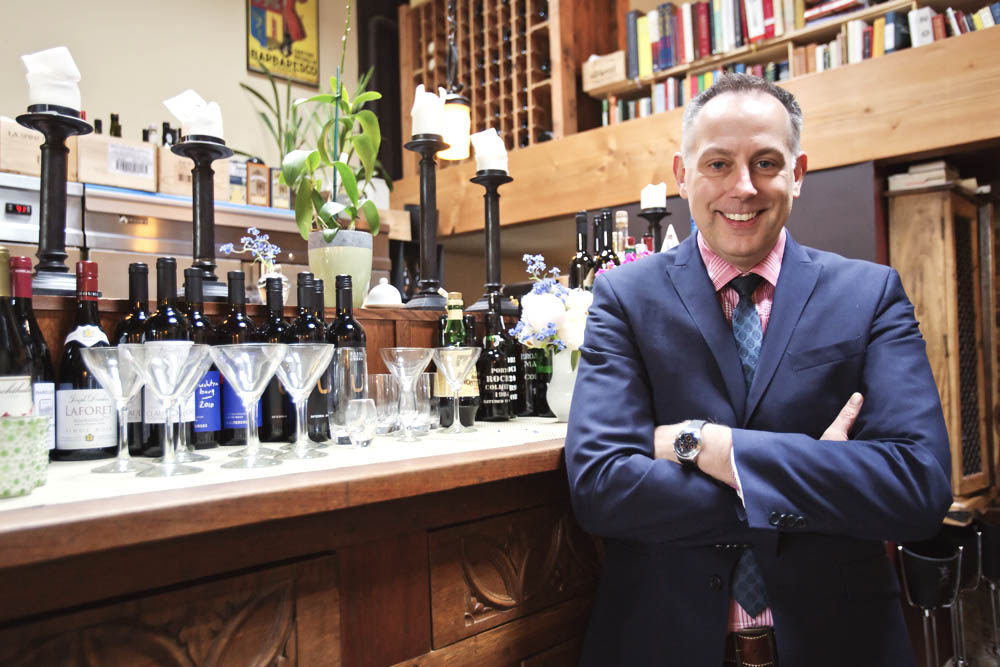 Ever since it opened last October, Altura has dazzled the palates of local critics. After its Beard nomination for best new restaurant earlier this year, the restaurant's popularity soared. In this interview, front of house manager Guy Kugel sits down with Eater to talk about how he manages all of the demand.

Tell us a little bit about your background.
I grew up in a restaurant family in Boulder, Colorado, a family-run Italian place (the Gondolier), nothing fancy but it did put me through college. When I arrived in Seattle, in 1997, I had $17 in my pocket. Thomas Price (who recently won certification as a Master Sommelier) had a place in Tangletown called Luau, and he gave me a job.

Three years later I moved to Flying Fish in Belltown as assistant manager under Brian Huse. I took over as GM when he left. Flying Fish moved to South Lake Union but I stayed with the space and opened Local 360. I did some traveling last summer, and when I came back Nathan and Rebecca [Lockwood] offered me the opportunity to join them at Altura. I love that it's a dinner-only house, which is a lot easier to manager than a spot with longer hours. Fewer employees to manage, fewer cats to herd.

How long is the wait, at 8 PM on a Saturday night, with no reservation?
Altura is a 34-seat restaurant, so I spend a lot of my time apologizing that we're fully booked. I hate turning people away, but I'll take names just in case there's a cancellation, if I know the people are going to be in the neighborhood.

Celebrity guests or sightings?
After we got the James Beard nomination (for best new restaurant), we started getting high profile chefs from around the country showing up to check us out. But I'm not a celebrity hound, I don't even have a TV.

Favorite regulars?
We opened very quietly, and it was a pleasure to be welcomed by so many people from the neighborhood in those two months before we had our first reviews. We still have locals who come in every week, sometimes twice a week.

Almost everyone comments on Altura's very high standards of service. How did you go about hiring your staff?
Before I hire anyone I ask for their restaurant pet peeves. They have to have a bit of a Type A personality, fussy about the sorts of things Seattle diners are fussy about. They also have a tendency to be food and wine geeks themselves. We have meetings to talk about Seattle's dining expectations. The staff have to know the ingredients and the cultural background of the food, but they can't be arrogant or give out misinformation. I'm in the trenches with them, but they provide extra sets of eyes. They're gracious, they're welcoming, they're glad you've come to Altura.

What are the challenges you face?
Our biggest challenge is managing our success! But I'd say that our staff is up to the challenge. It's a small space, so there's not a lot of room for wine storage. And sometimes we'll have guests who don't want to sit at “the bar.” Well, it's not really a “bar,” it's an 11-seat Chef's Counter. People who sit there have the best seats in the house!

What are your favorite items on the menu?
My very favorite thing would be the gnocchi. But Nathan has a tagliatelle dish with snails that's amazing. I don't know how he does it, pulling such pure flavors out of simple ingredients.

What's your wine pairing for that?
An unoaked Piemontese chardonnay from Viberti. It goes beautifully with the light sauce, fresh herbs, and olive oil.

Where do you go on your days off?
I have a weakness for Spinasse, and for Monsoon, both nearby on Capitol Hill. In Chinatown I like Green Leaf. If I drink a cocktail, it's going to be a dry Stoli martini, and sometimes I'll have a hot dog, a beer, and a shot of Wild Turkey. But most of the time, I'm a wine guy.

Your most important tool as a gatekeeper?
We use Open Table, which is a great database and lets us track our guests, if they have allergies or a favorite table and so on. And I read the guest comments at least every other day, and pass compliments on to the servers.

You spent 11 years in Belltown. Do you miss it?
Not a bit.