Share All sharing options for: The Ultimate Seattle Coffee Glossary for Beginners

Seattleites are coffee snobs — if you believe how they're portrayed in the popular culture, in films and local newspapers and TV's endless glut of "Frasier" re-runs. In reality, Seattle has a lot to learn when it comes to specialty coffee, having been outpaced in recent years by roasters and retailers in places like San Francisco, London, New York City, Seoul, and Melbourne. Still, this is a city where every strip mall has a coffee joint, and our cultural identity is closely tied to the caffeination ritual of ordering, sipping, and feeling a tad authoritative about the whole thing. 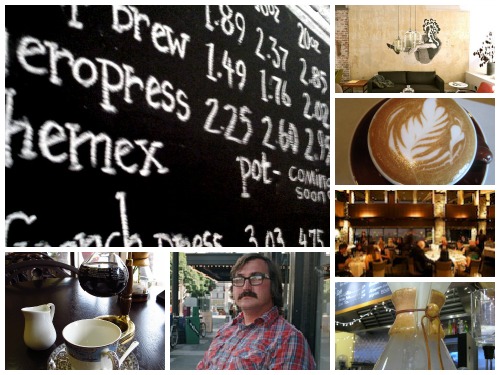 Author Jordan Michelman is the co-founder of Sprudge.com, the worldwide leader in specialty coffee news and gossip. The blog was founded in the Stumptown location on Pine.

Café Besalu: This Ballard bakery does a serviceable job with their coffee (roasted by Lighthouse Coffee Roasters), but their pastries are ineffable works of buttery art. They famously do not offer wholesale to Seattle cafes, despite much cajoling and bribery.

Canlis: One of the top restaurant coffee experiences in the United States, with a rotating menu of Chemex and espresso service anchored by Chicago's Intelligentsia Coffee and Tea.

Chemex: De rigueur for coffee and design enthusiasts, available in cafes like Stumptown and Arabica Lounge. Mia Farrow had one in Rosemary's Baby, and it's on permanent display at the New York Museum of Modern Art.

Clover: The mermaid's head honcho Howard Schultz was reportedly disappointed in his minions for not bringing this Ballard invention to his attention, before The Economist wrote about it. Clover is now entirely owned by Starbucks, though you'll still find holdouts in the Trabant locations in the U District and Pioneer Square.

Cold Brew: More dense, caffeinated, and sweet than iced coffee. Also referred to as toddy. Seattle sells less cold brew annually than any other big coffee city (save Vancouver BC maybe), something you'd be hard-pressed to believe when the temperature cracks 70.

Cupping: Nothing to do with Gwyneth, this is an internationally accepted method for evaluating roasted coffee, from green coffee buyers in the jungle to roasters and retailers across North America. It's become fashionable to invite the public to sample coffees as well, an experience available daily (for free!) at the Stumptown roastery on 12th Avenue.

Dubsea: The best coffee in White Center, serving Stumptown, and chockablock with board games.

Espresso Vivace: Revered around the world for their devotion to espresso and the messianic fervor of owner David Schomer.

International District: Every last one of those bubble tea joints serves coffee, Uwajimaya is a wonderland of imported canned coffee from SE Asia, and make a stop at the revered Fuji Bakery for a shot from their rare lever espresso machine.

Jason Prefontaine: Calgary transplant behind the Slayer Espresso machine, profiled by everyone from the New York Times to Gizmodo.

Milstead & Co.: This Fremont cafe is the first-stop for out-of-town coffee geeks, offering one of the more impressive multiple roaster menus in the United States. Adulation aside, this shop cultivates a relaxed neighborhood vibe, no small feat when the bar for quality is set so high.

Pour Over Method: Similar to the single-brew setups seen in college dorms across the country, shops in Seattle use pricier equipment to bring out more subtle notes in coffees.

Siphon: Also known as a vacuum pot, this method involves a torch and flame. For the mad scientist in you.

Starbucks: The global megacorp maintains its corporate and spiritual home in Seattle, along with a slew of cafes, from cookie-cutter strip mall jobs to landmark destinations teeming with history. Get a glass of wine at their newly revamped Olive Street location, marvel at the 90's retro "Coffee Passport" map at the quasi-original location in Pike Place Market, or lose yourself to their buzzing hive of 24-hour commerce in University Village, one of the busiest Starbucks on the planet.

Trabant Coffee & Chai: Two locations, one near Pioneer Square, the other on 45th and University in the U District. Home to 49th Parallel Coffee Roasters, Kuma Coffee Roasters, and some of Seattle's most accomplished baristas.

University District: A functioning college town within the larger city, the U District plays host to dozens of cafes, many offering late hours for test prep and paper cramming (dearly departed is the 24-hour cream and two sugars oasis of the IHOP on 42nd and Brooklyn) . Top choices for quality are Trabant and Herkimer, profiled elsewhere in this guide, but the student vibe is alive and well at cafes like The Ugly Mug, Solstice, Cafe on the Ave, Bean & Bagel (great cream cheese), or any of the several options on the University of Washington campus itself (the best being Parnassus, in the basement of the Art Building). 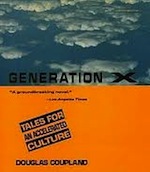 Generation X: Can be observed drinking coffee in such Seattle period piece films as "Singles" and "Hype", or continuing their legacy at 1990's-era holdovers like Bauhaus Books and Coffee.