Share All sharing options for: Most Anticipated Bar & Restaurant Openings of Fall 2012

Summer weather isn't over quite yet, but it's definitely time to look towards Fall. Here are the high-profile restaurant projects preparing to open their doors in the next few months. All opening windows are subject to change, as inspections and permits are difficult to predict. If there's any that were missed, please do let Eater know in the comments. Restaurants that are planning to open December 2012 or later have been excluded (such as the "Not Willy" seafood restaurant coming from the Matador duo). 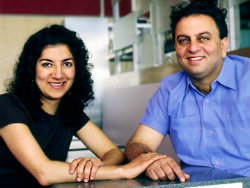 Meeru Dhalwala, who co-owns world-class Indian restaurant Vij's in Vancouver with her husband Vikram Vij, is opening up her own project in South Lake Union. The restaurant, Shanik, is in its early stages, but Dhalwala tell Eater that she's shooting for a November 12 opening date. Shanik will have a spice and take-out section reminiscent of Rangoli (Vij's next-door, casual sibling). Business partner Oguz Istif's Turkish background will also eventually be showcased with Turkish/fusion dishes.[Photo Credit] 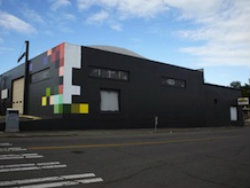 Located in the mixed use retail and restaurant space The Fremont Collective, The Whale Wins is the third project from Renee Erickson, the chef best known for her nationally acclaimed oyster bar, The Walrus and the Carpenter. At The Whale Wins, the focus will shift to a wood-burning oven, shareable plates, and plenty of vegetables and pickles. Erickson's business partner Jeremy Price tells Eater that the contractors have signed off on October 17 as the opening date.[Photo Credit] 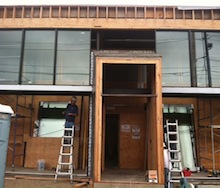 When it reopens at its Fremont digs, Rachel Yang and Seif Chirchi's acclaimed French/Korean fusion restaurant Joule will share the door pictured at left with The Whale Wins. Two aspects that will distinguish Joule 2.0 from the original Wallingford location: the Fremont version will be open daily and will also offer weekend brunch.[Photo Credit] 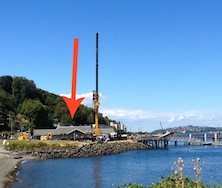 America's favorite Korean/Hawaiian taco slinger Marination opened its first fixed location in Capitol Hill last summer. Earlier this year, Marination won concessionaire rights at the waterfront spot previously occupied by Alki Crab & Fish Co. After many delays and some neighborhood opposition, Marination announced a few days ago that it's hoping to open at the end of the month. Look for cicerone Robyn Schumacher to amp up the booze selection (especially the beer) at this newest location. [Photo Credit] 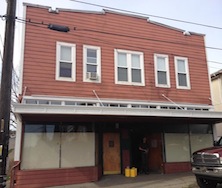 Sexy chef Matthew Lewis's eagerly anticipated New Orleans restaurant will open in Fremont at the site of the old Buckaroo Tavern. Mike Robertshaw, late of Local 360, will helm the Southern cuisine menu. Expect gussied up versions of Where Ya at Matt food and a full bar stocked with brown liquor.[Photo Credit] 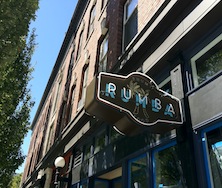 Owner Travis Rosenthal has ably steered Spanish restaurant Tango through the recession amidst new competition popping up in the Pike/Pine Corridor. On Friday, September 14, Tango's rum-centric cocktail bar sibling Rumba debuts next door and opens to the public beginning at 5 p.m. 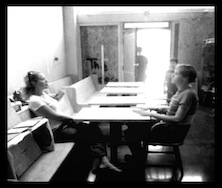 Former Volunteer Park Cafe co-owner and baker extraordinaire Heather Earnhardt will open southern bakery and cafe The Wandering Goose on September 26 at 7 a.m. The throngs of people drawn to Ethan Stowell's newest restaurant Rione XIII next door should prove to be a rapt audience/customer base to draw from.[Photo Credit] 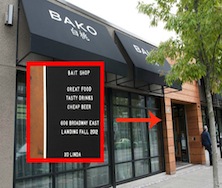 Glamorous new Cantonese restaurant Bako is no more, and the North Broadway space a few doors down from Poppy, is set to become a Linda Derschang joint. Derschang says that Bait Shop will be more of a Linda's/King's Hardware production, than the more ambitious (food-wise) Smith and Oddfellow's. As per usual, there will be cheap beer aplenty.[Photo Credit]