Josh Henderson, who made a name for himself when he launched Skillet Street Food in 2007, followed by Skillet Diner in 2011, is prepping to open two more joints, located next door to each other in a former catering venue on north Lake Union—just west of Ivar's. One will be called Westward, a full-service restaurant and bar open daily from 11 am to 11 pm and brunch on the weekends. Its sibling, Little Gull Grocery, will be an oyster bar (about 15 seats) and grocery (beer, wine) with a small selection of sundries, like charcuterie, bread and oyster knives. The grocery will be open evenings as well as mornings, offering pastries and espresso.

There's also 156-feet of dock off the space. Says Henderson:

We'll have space for boats to come up and either come to the restaurant or grab a six-pack or bottle of wine.

We're going to have a huge patio to sit outside and overlook the city. Every seat in the house will have a view of the city, which is pretty incredible

Zoi Antonitsas, most recently of Madison Park Conservatory, will be the chef—weaving her Greek roots through the progressive seafood menu. 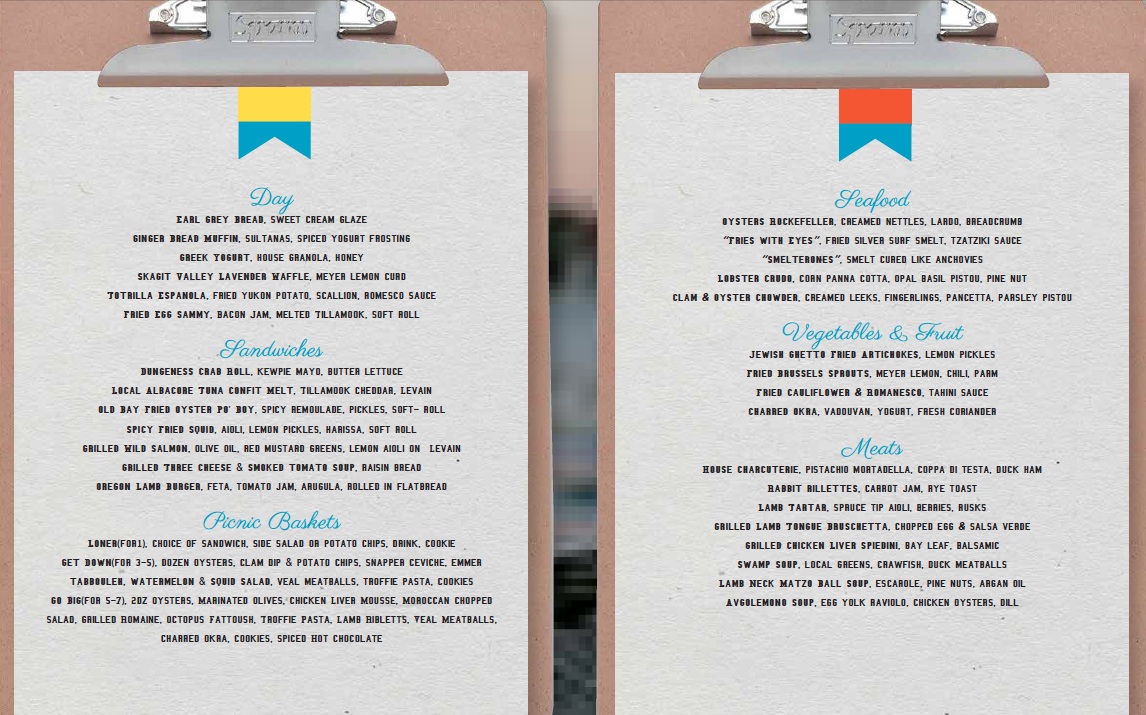 Behold, the Westward menu!
Matthew Parker did the design work, creating something of a lazy beach Hamptons feel. Henderson says one of his inspirations was The Life Aquatic with Steve Zissou:

We're definitely playing on a Jacques Cousteau/Wes Anderson sort of theme; a little bit more whimsical. Certainly a nautical sort of theme, but at the same time not so serious.

Look for an early summer opening for both new places—around the same time Henderson's other new project is likely to debut: a burger joint in Woodinville's Hollywood Tavern led by former BOKA chef Angie Roberts.

Henderson says there's also a strong possibility another Skillet Diner will open somewhere in Seattle, not to mention another new project or two, which will fall under his restaurant group, Huxley Wallace Collective.