Share All sharing options for: Stepping Stone's Darren Miller on Bullshitting and Building a Clubhouse for Ballard Drinkers

Welcome to Lifers, a feature in which Eater interviews the men and women who have worked in the restaurant and bar industry for the better part of their lives, sharing their stories and more.

When the Viking closed unexpectedly on April 30, Ballard's drinking collective were left without a place to hang out, and the beloved bartenders were left jobless. But rather than lament the end of his 13 years at the neighborhood's best bar, Darren Miller and his wife Liz purchased The Stepping Stone down the road, opening its doors on September 4.

Known as the occasionally grumpy, witty, beer-loving guy who's always quick with an astute observation or hilarious aside, Darren has amassed quite a following over the years at two of Ballard's homiest bars. Eater's Julia Wayne — a former co-worker of Darren's — caught up with him to discuss how his first venture as a bar owner is going nearly two months after he turned the lights on.

Most people know you as the guy from The Viking, but that wasn't your first venture in the 'hood. How did you start out?
I worked at The Guardsman on 70th and 14th, where Delancey is now. We found the place, some friends of mine, and used to drink and shoot pool there. This neat old gal named Annie owned the place, and she was married to a retired state patrol officer. They had dart leagues and pool tables, and Annie used to make giant crock pots of food and had screaming deals, and she just made sure people had food all the time.

I was just a customer at the time, but then one of the bartenders quit, and I had never tended bar before, but we got along great and so I asked Annie if I could do it and she said yes. 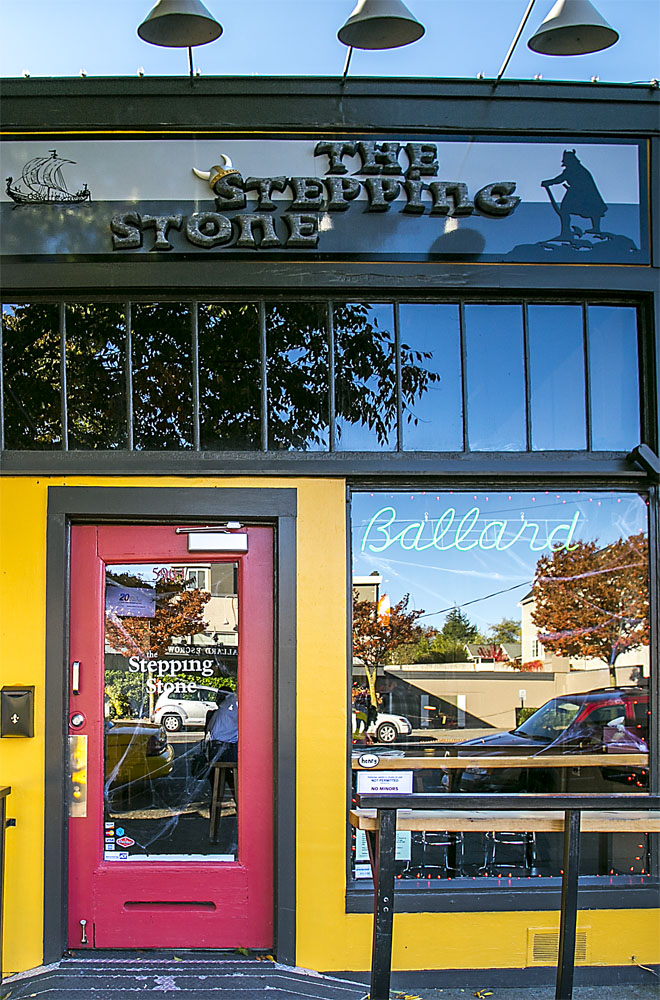 What was the atmosphere like in there, for people who never made it in?
It was just a great big space, tons of different rooms, a big horseshoe shaped bar, pool tables; you could come in with a huge group and feel like you had your own space.The Supersuckers practiced down the street and they would come in and shoot pool and eat Annie's illegal spaghetti. We did holiday fundraising, turkey bowling, with frozen turkeys in the back room; nobody can organize fun shit like that better than a retired state patrol guy.

You started working at The Viking when the bar closed in 2000. How did you get there?
When The Guardsman closed, everyone just sort of disappeared. (Viking owners) Tim and Peggy used to drink up there, and I went down there a lot. So, I asked 'em for a job and they hired me. The Viking was great. It was super brightly lit, because Tim was paranoid about drug dealers. They just had beer and wine at the time. It was a giant family, a clubhouse. Everybody knew everybody, and the people were old, and they'd sit around and bullshit. They're dead now, a lot of them. It kinda sucked watching 'em all drop off.

But we'd housesit for people, go to to their barbecues and football parties. People I didn't even know that well, they'd drop off their keys — who lets their bartender watch their house? But it was a big sense of family, and I guess I seem to like that.

This is the first bar you've owned. How did that happen exactly?
Well, I'd always wanted to own a bar. Liz and I met at The Viking when I worked there, and we had always talked about it. But I wouldn't have opened something in Lynnwood or Wallingford or anything. It wasn't the matter of, "I really want to own a bar right now." I just wanted to have a place in the neighborhood for all of my old customers to hang out. 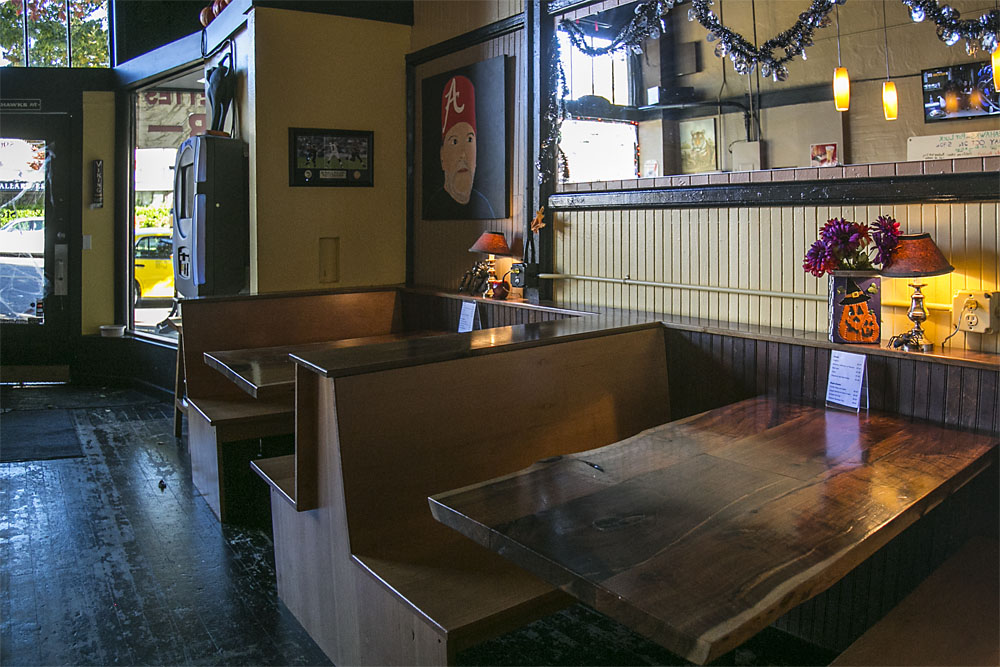 What was it about those places, which you saw through to the end, that you've tried to incorporate into your own bar?
I liked the familiarity, that everybody actually cared for one another. That's missing in a lot of the bars you go to. Old guys coming in and showing pictures of their new grandkid, there's nothing superficial in that. The bullshitting, it's been lost, that knowing about people's kids and lives and remembering it. I miss that old stuff — the sense of neighborhoodiness.

When The Viking closed, people just didn't have a place to go. They disappeared, just like The Guardsman. It's going good, with tons of the old Viking regulars coming in. It feels like they have a home again — they're showing back up and bullshitting at the bar. It's just like the old days.

Did you think about buying The Viking instead of The Stepping Stone?
Yeah, that was always the hope. Before Tim and Peggy closed it, they had always told a couple of us that they'd love to see the bar owned by one of their own. But when it was finally closing, nobody knew it was coming, so there wasn't really a chance to buy in. It would've been nice, but I can't be mad about that.

[Fun fact: Does it sound familiar when the walk-in cooler's door opens? That's cuz they "borrowed" it from The Vike...] 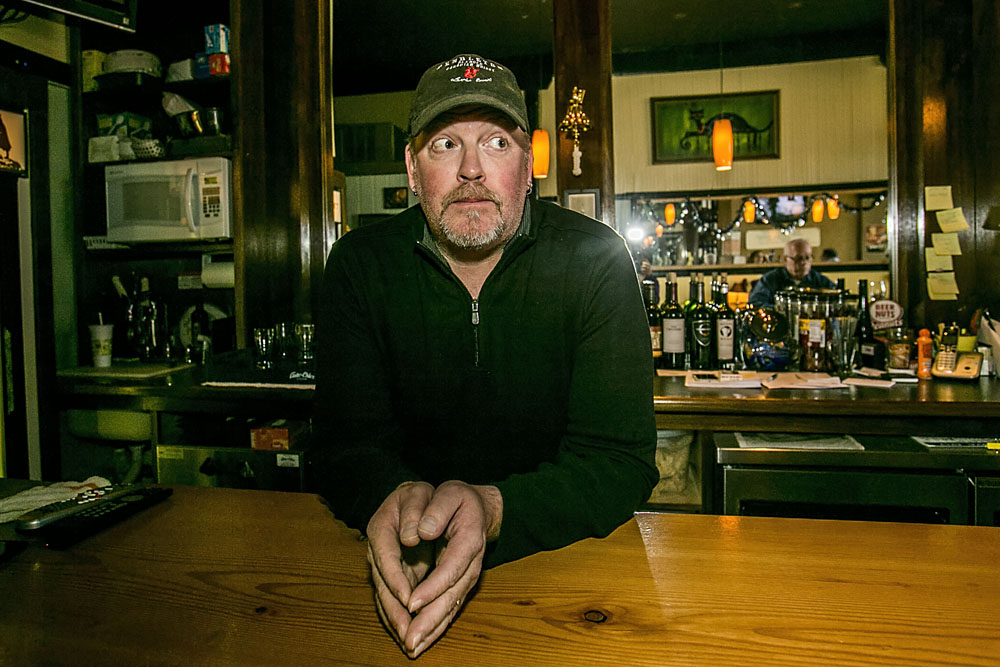 What's the relationship been like with your bar and the rest of the neighborhood?
Oh, great. We opened and our friends, some of our regulars, opened Olaf's (formerly The Copper Gate) right around the same time. It's really pretty cute, actually, because our customers refer to us as a sorta main floor on 24th (Ave NW).

Like how?
They'll say, "I'm going upstairs for a burger," and head up a couple blocks to Olaf's, or "I'm going downstairs for a shot," and walk down the block to Wingmasters. I don't know how it started, but it's great for all of us.

You guys are super small right now, with just three booths and a dozen or so bar stools. Any chance for expansion soon?
Yep, that's the dream, that's what we're working toward. We want to expand to each side, put in a kitchen, more elbow room, maybe a shuffleboard table. That's what we're planning on and hoping for. We're working to get a liquor license, but the state keeps changing its rules, so we have to dial in a new menu to hit that, plumbing, you know, all that stuff that comes with owning a place. 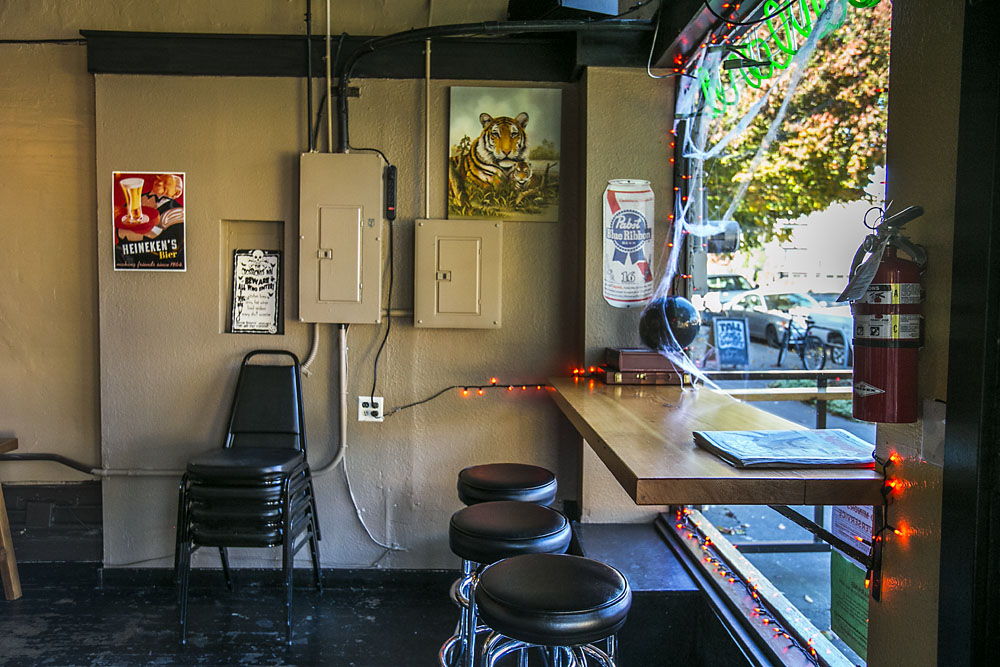 After standing behind some of the longest-running bars in Seattle and seeing them close on you, what's it like to now be the one who's opened the doors for other people?
It's tough, you know, cuz I know how to be a bartender more than a business owner, but it's been really good. Really good. People might think I don't really like people or that I'm grumpy, but it turns out I actually really do. I like the sense of community, the interaction.

I think neighborhoods are supposed to have little bars, little gathering places where conversations are authentic and people care for one another. In this whole project, every bit has been about a sense of community, finding a way to make a home for our neighbors again. I would never work somewhere where I don't have regulars, so it's really pretty cool to be at the center of that now.