Murray Stenson Spills His Next Move in a Storied Career

Share All sharing options for: Murray Stenson Spills His Next Move in a Storied Career

Welcome back to The Barkeepers, a monthly column dedicated to the men and women who work behind some of Seattle's hottest bars. 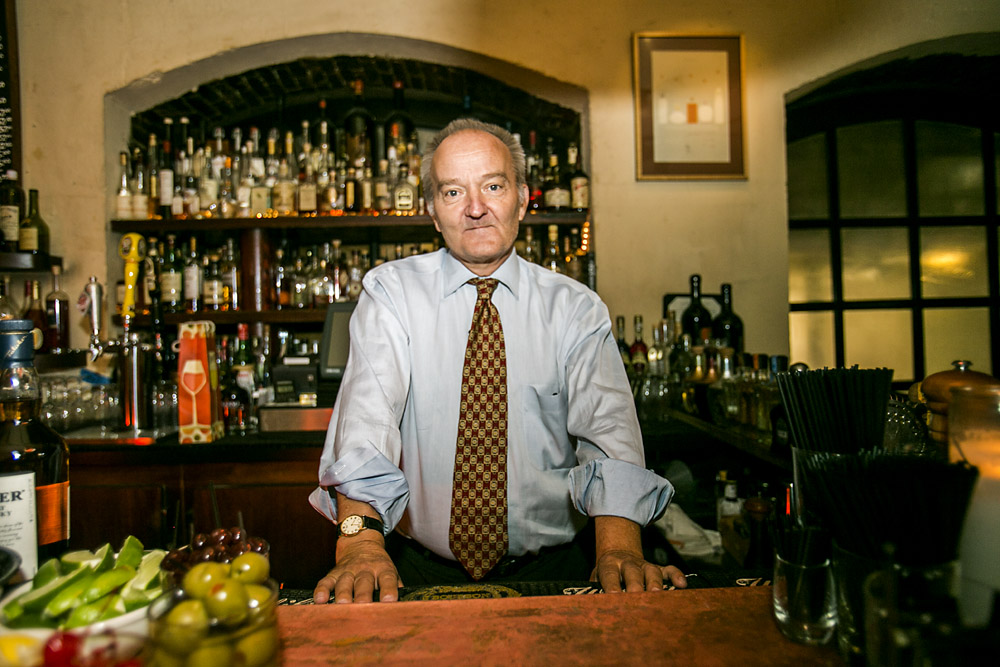 Murray Stenson has been mixing drinks for 37 years around Seattle, becoming one of the most well-known bartenders in the world. In the last two years, he stepped away from the bar at Zig Zag and elicited rumors of next steps before some health setbacks temporarily kept him from shaking and stirring.

These days, he's back behind the bar at Il Bistro, but says his return to the cavernous Pike Place Market bar won't last long — Murray has bigger plans.

How long will you be here at Il Bistro?
When I came on, it was with an open door understood. About a month ago, they had a bartender and a bar manager give notice simultaneously, and I knew they needed help. I'll probably be here till the first of the year, but I'm not sure. I'm old and set in my ways. It wouldn't be good for customers, for the business, or for me if I stuck around too long. 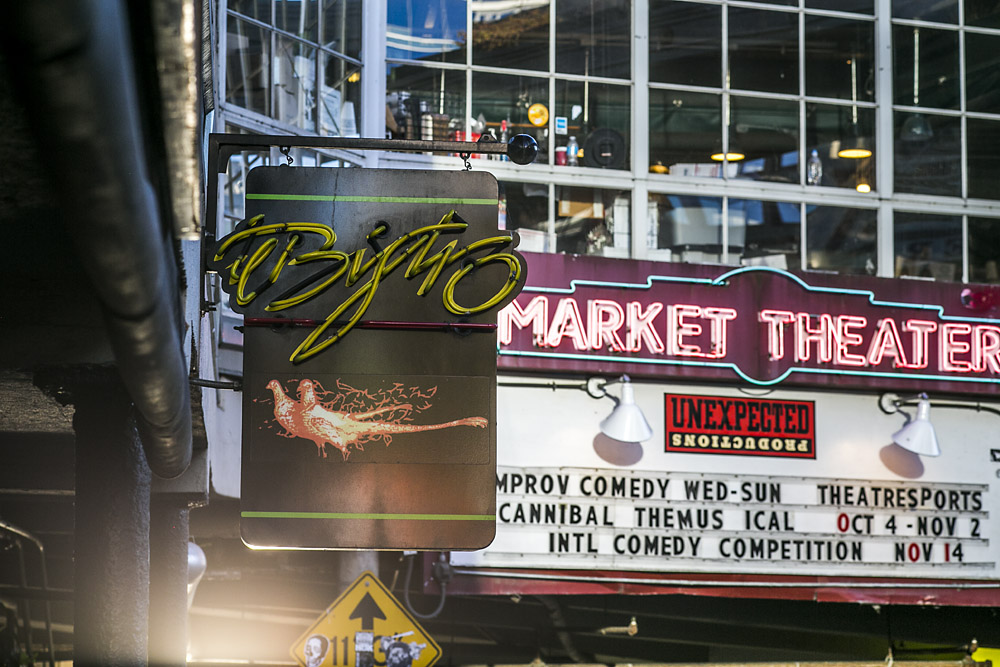 How's it going being back? Are you tired of people yet?
It's fine, it's fine. I'm actually in the initial stages of opening something of my own.

In what neighborhood?
Downtown.

How big of a place? A bar? Restaurant? Name?
I've always been comfortable with the size of Il Bistro. I'm looking for something that has a sizable dining room. No name yet.

What kind of food? Cocktail friendly?
Well, any kind, really. It sort of depends on where it ends up being, what's there, what's missing. I'm open to anything. I just have to find some suckers to invest. 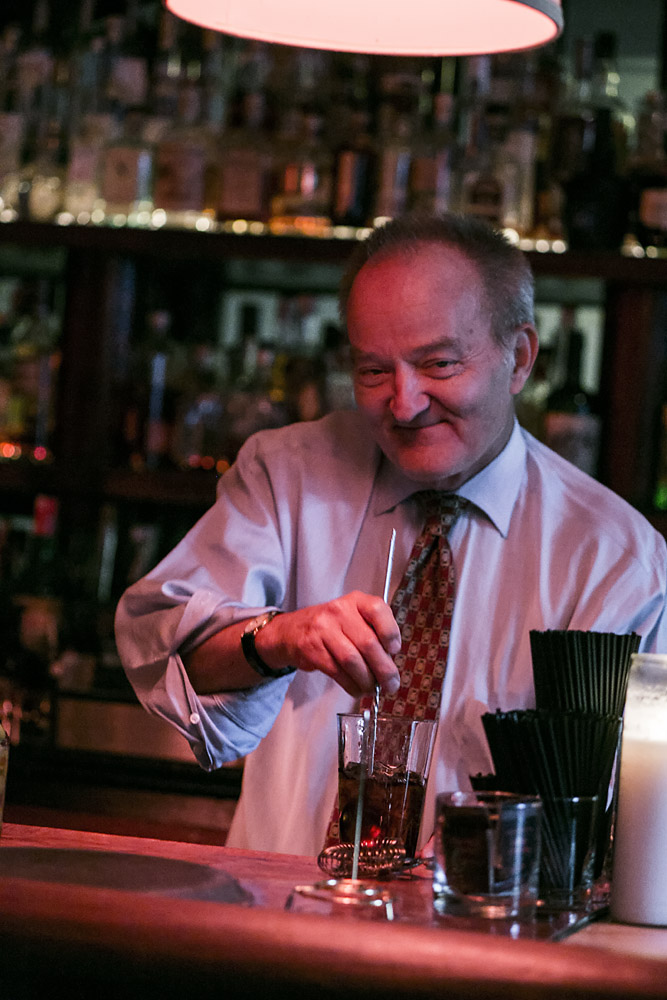 It will probably surprise people that after decades of dedicating your life to understanding all the aspects of spirits and making amazing drinks, you're not opening a cocktail bar. Why is that?
I think that cocktails...they've been the cool thing for a while now, but it's getting a little out of hand, and I think that it's like a pendulum. And I think that pendulum is starting to swing the other way, which is a good thing. [There's a lot to be grateful about] I don't need a special ice education. That's stupid. It's kind of overblown. And a lot of the time, I think what gets lost in translation is the service, the treatment of the customers that gets left behind.

Some people will be shocked to hear you say that cocktails might not be cool forever, as you're known as "The Godfather of Cocktails" in no uncertain terms, and most bartenders worship at your feet. Uh, react?
It's pretty stupid. It's nice, I guess, to be idolized, but my girlfriend really keeps me very humble. She knows me better than most, and, uh, I stay grounded, we'll say.

What's it like to have all of your customers talk to you like they know you? Some do, but most don't. Like, right now? [a customer calls him by his first name and asks if he "feels creative." Murray doesn't know him]
I'm lucky, I suppose, to have a unique, an uncommon first name. People remember it, so that's part of it. Looking back on my career, I've been lucky that over the last 10 years, it's been a cool thing to be a bartender, to mix drinks. The profession has matured over time, and a lot of great bartenders have developed — deserving bartenders who should be getting more praise. It's just lazy journalism, I think, to go back to the known bartenders, to elevate them more instead of promoting lesser knowns.

Like right now, for example?
Ha, no no. But there's a lot of idolatry or notoriety that comes along with it, and it started a few years ago. Now there are more bartenders getting some acclaim, and that's great. 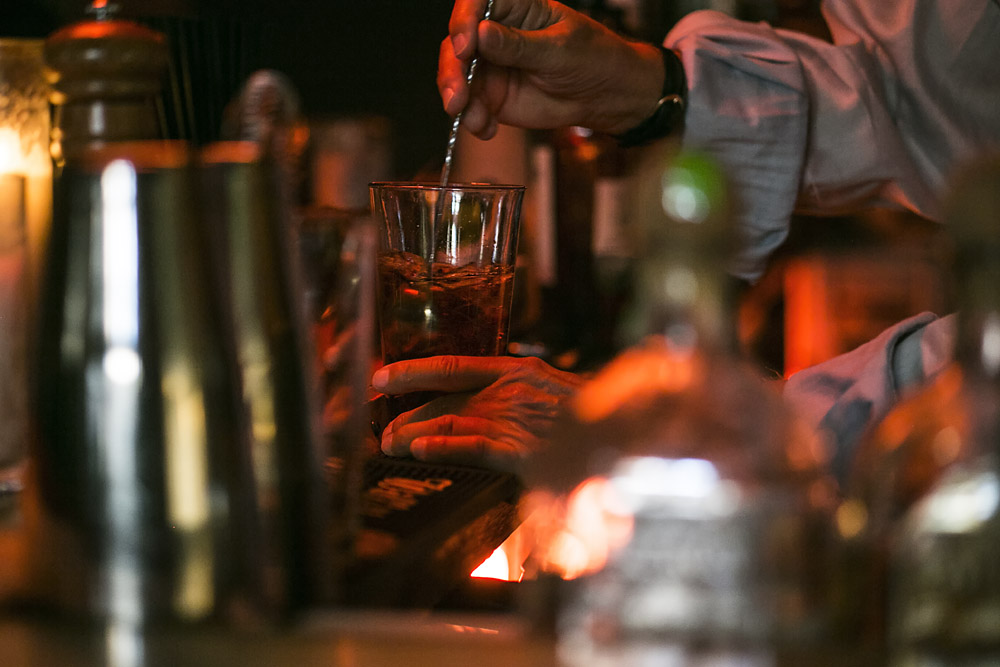 Which local bars do you think are doing a really good job?
A lot, a lot of bars are doing a great job. Rob Roy, for one. Anu is the owner, and she is a really neat lady. She's hired really well, and you can go in any night of the week and have a spectacular time.

Branzino. They hired back Dennis Brand and he's just a very hospitable guy. It has that great lighting and feels really cozy. Ba Bar? [thumbs up].

Do you ever feel like when you walk into a bar or sit down for a drink, the bartenders are intimidated by you?
Sometimes, yeah, I've heard that. But it's silly. Totally unwarranted. I've had very few really bad drinks in my life. Once, in San Francisco, at the bar I have a lot of sentimental feelings for, I had an Irish Coffee that was?terrible.

How do you mess up so simple so badly?
Well, the barman must've been just really hungover, or still hammered, because he sprinkled oregano on top. [Chuckles.] Anyway, I know a lot of people all over, being in this industry, and so the social aspect of drinking, visiting, I would hate that to be lost if I were wrapped up in the silliness. 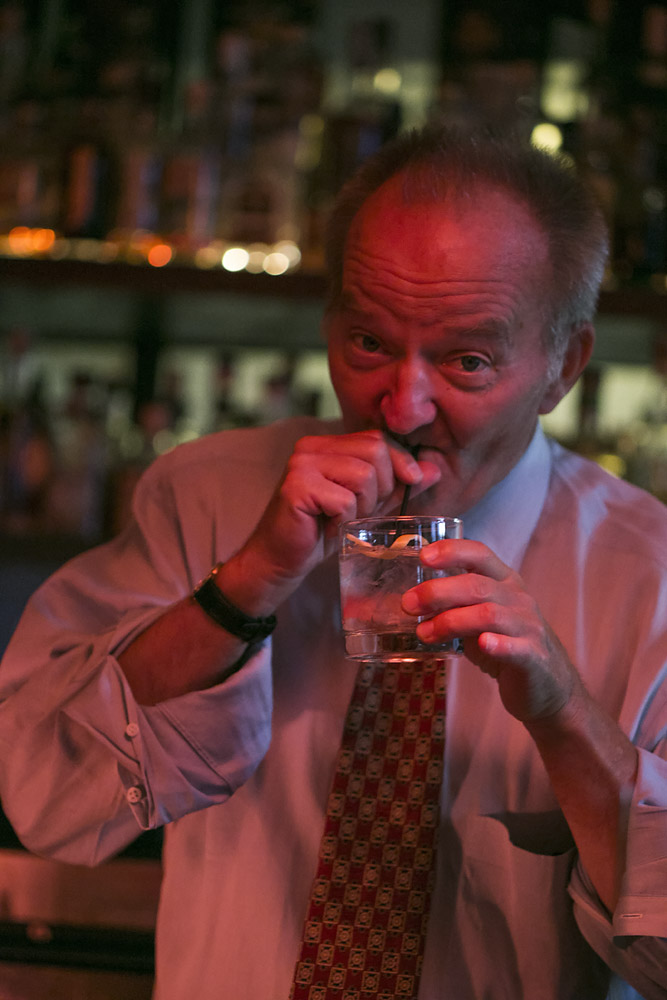 What advice do you have for young bartenders who may want to become something like you?
When I was starting out, liquor was at the bottom of the pit. Drinks had stupid names and poor quality booze. Now, there's everything. But you see these young bartenders who read book after book, studying recipes, who think they have this all down. And that's great, but some of these bartenders look down on what people are drinking. Like, "You don't want a Jack and Coke. You want this much better thing that I'm going to make you!" No, I want a Jack and Coke. That's why I ordered it.