Hattie's Hat: Not Just Another Dive Bar in Ballard

Share All sharing options for: Hattie's Hat: Not Just Another Dive Bar in Ballard

Welcome back to Beyond the Buzz, a monthly column dedicated to shining the spotlight on restaurants and bars that are still killing it long after the media buzz has worn off. If you have a nominee, please send it to the tipline.

Since 1904, the space where Hattie's Hat calls home has been an operating saloon of some sort. Today, it's still relevant to the Ballard neighborhood it's been serving for more than 100 years. That's a pretty amazing feat.

Owner Max Genereaux took over Hattie's in 2009. He's the same guy who reopened the Sunset in 2000 and who owns Al's Tavern in Wallingford. Here, a Q&A with the man about how he's been able to keep the old lady singing, even with all the new places popping up around her.

How did your ownership of Hattie's come about?
I have partners at all of my businesses. Different partners at each place. Dan Cowan who owns the Tractor, he's been a partner at all three with me at various times. He's no longer a partner at Al's, but he is a partner at the Sunset with me. And he owned [Hattie's] with Ron Wilkowski and Kyla Fairchild. I had worked for them in 1996. I worked for them when they first opened this place. I was a dishwasher. I eventually became a bartender and then Dan and I bought Al's Tavern together — and Ron and Kyla a well — we all bought Al's Tavern and I ran that not even for two years and then the Sunset came up and I went after the Sunset by myself — that was my project. I pulled Dan into that and a few other people. 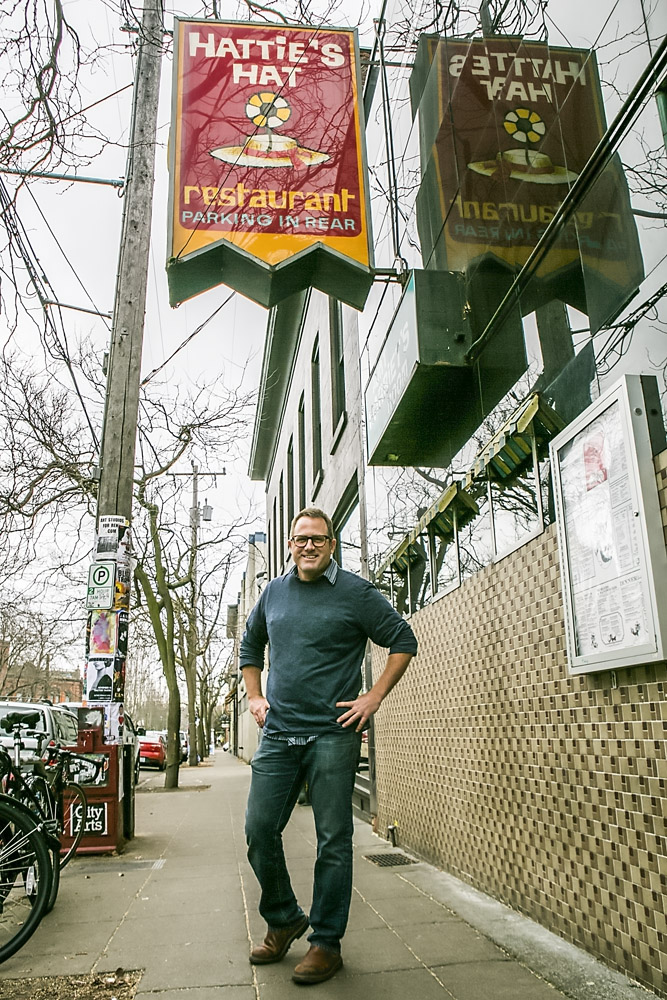 After five years of running the Sunset, I got sober and took some time off. I was just doing odd jobs. And one day Dan called me and said they were finally ready to sell Hattie's. At that time, the place wasn't really going so hot. He told me they were going to sell it and it didn't dawn on me. They even said they were going to sell it to some guys in Fremont and I was like, "Oh, God, really?" I wasn't in the head space of getting into another bar at that time. Not because I was afraid. I didn't quit being around the bars because I was sober, I just really didn't want to do it anymore. I totally lost interest. I remember when it finally dawned on me. I was skiing at Crystal Mountain and I was on the chairlift and I can remember it like it was yesterday. It was like, "Bing!" It hit me. And I was like, "I should buy Hattie's!"

A buddy of mine, my current partner [at Hattie's], Jeff Taylor, had been bugging me to open up a bar in Burien, but I didn't know anything about Burien. I grew up in Renton, but I was afraid. So when this came along, I called him and said, "Hey, what do you think about Hattie's?" and he said, "Count me in!" I made the call [to Dan] from the chairlift, right then and there.

How old is Hattie's?
This has been an operating saloon since 1904. It morphed from being a saloon into a restaurant and bar, I'm guessing sometime in the 30s or 40s. It became a diner in the 50s. It was called the Old Home and then Malmen's. This husband and wife, Gus and Pat Malmgren, a Swedish couple—I don't know why it wasn't Malmgren's—they're the ones who dumped all the money into it. It was fancy! This was a build out. Paying for the mural and everything. The beautiful back bar has been here since 1904. 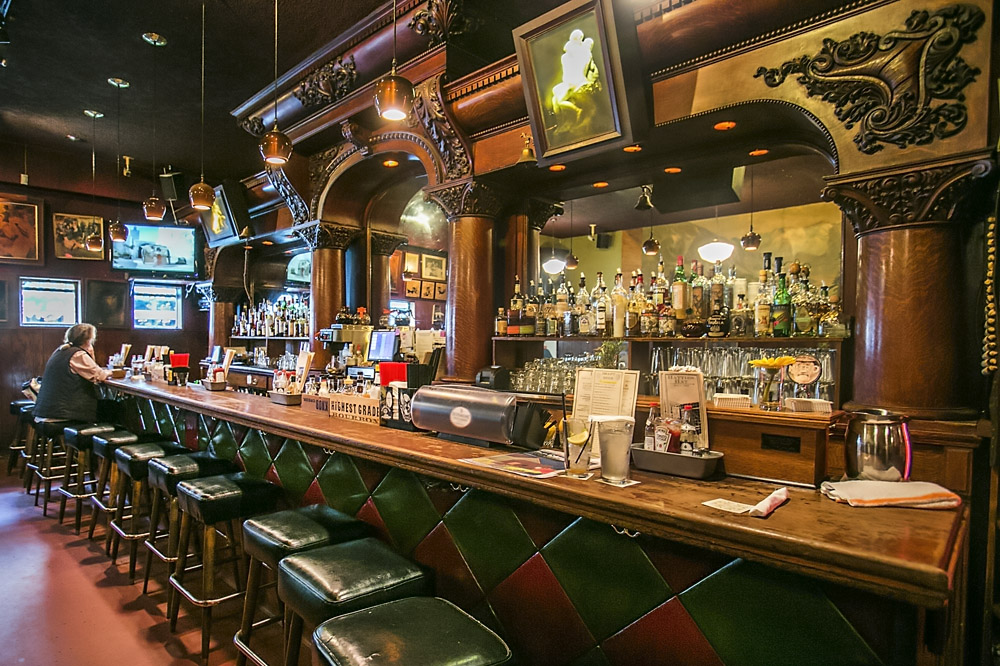 Do you think that's one of the reasons this place has remained popular?
I think so. Absolutely. You can't pay for this. I mean, you can redesign it. Linda [Derschang] does it. She's really good at it. People eat it up, she's great. Young people eat that stuff up. People who know better walk in here and they're like, "Oh, yeah." You can feel it. Think about it: People have been drinking in here since 1904.

What are the original bars of Ballard Ave.?
Your original Ballard Ave. bars that are still operating are Hattie's and Conor Byrne, which used to be The Owl. Walk into that place and just look—that's original shit. It's been there for 100 years. Super cool. To the best of my knowledge, those are the two oldest places that continue to operate.

Next door to Conor Byrne you have what is now the Lock and Keel. That's been an old neighborhood joint on that corner for a long time. When I first came to Ballard Ave. in 1987, the bars on the street at that time were The Owl, the bar next door (where the Lock and Keel is now), the Tractor — before it was the Tractor it was called the New Melody. That's been a music dance hall since all the way back to the 40s. Then you had Hattie's and the Old Town Ale House, which had been an old tavern for years. It's now Percy's. Then, you go up the street and up the street there was the Vasa, which is now People's Pub, the Sunset, and the Smoke Shop. Those three bars had all been there since basically the 70s. The Sunset was actually started where the Smoke Shop is in 1972 then moved to the existing location in 1976. 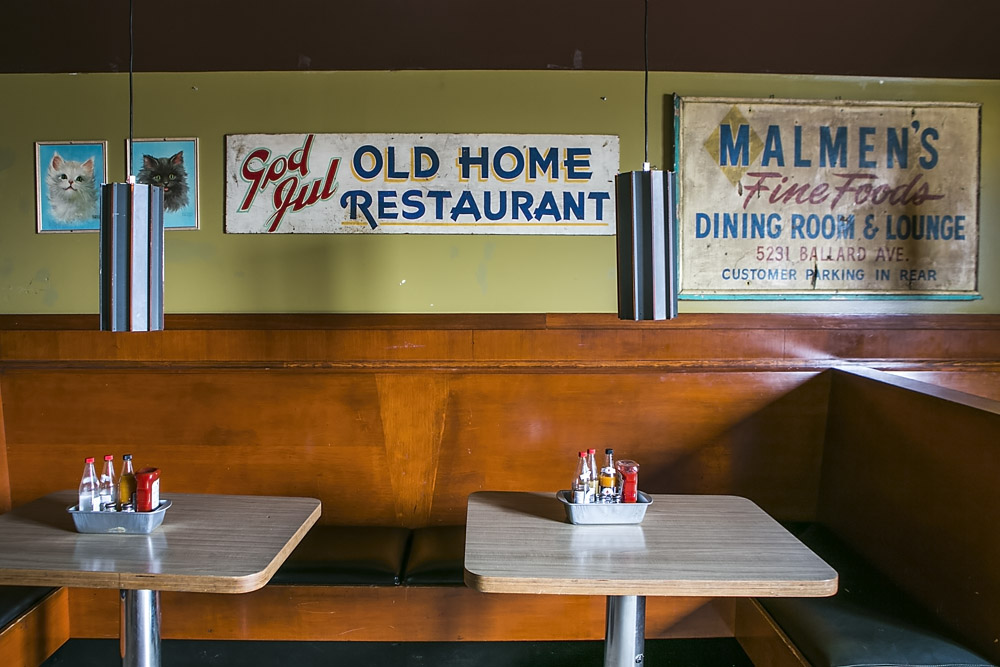 When you bought Hattie's in 2009, what did you do to lift it out of its funk?
I cleaned it. And that includes staff as well. I cleaned the place, I cleaned up the staff, I cleaned up the food as far as we started to buy better ingredients. That took me awhile, because I still don't know anything about a kitchen. I really don't. I've had really good help. We starting grilling instead of deep-frying everything. The brunch had always been very solid, but we've grown the brunch to include organic eggs — it's amazing what a difference there is in an egg. And again, just more care.

Have you seen more people come through the doors since implementing those changes?
Absolutely. The key for me is, when you get a chance with a customer, how can you get them back? If we offer a better product and better service, we have a better chance of getting them back. And obviously we still fail, every restaurant does. We make mistakes. I hear about it.

What is the big draw here? What do most of your clientele want?
I think there's a split. There are the people who come because of how warm and rich just the vibe is. That's why I wanted to be here. My first day of dishwashing here, I was so excited to walk behind that bar because I had been drinking here since 1987. I thought it was like magic touching the back bar. 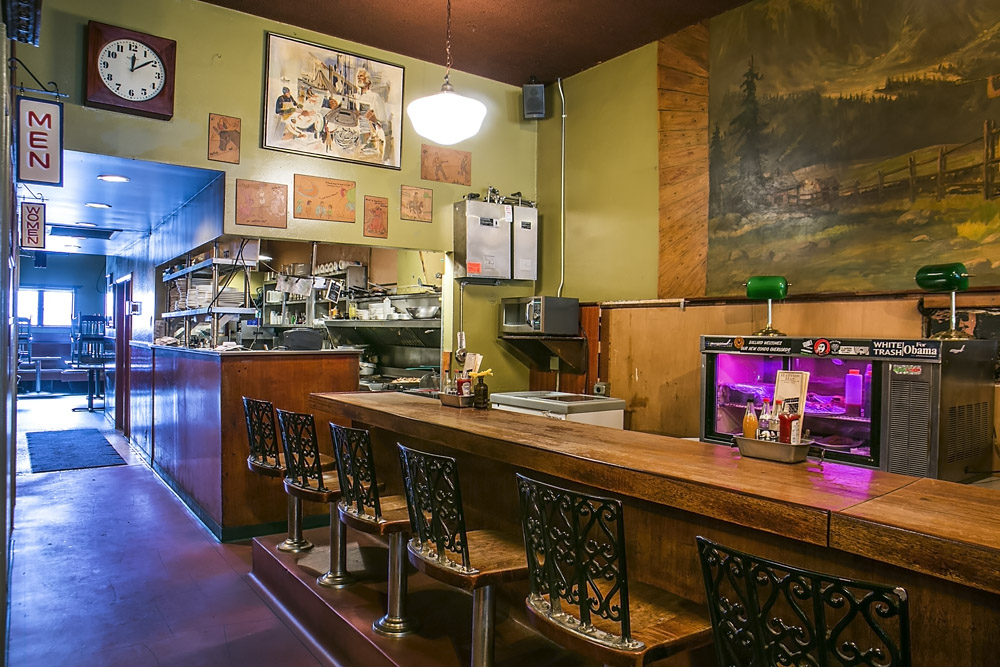 We also have dishes people don't want to go anywhere else for. We have chicken fried chicken. People love that. They come back over and over again. They'll come back every weekend for our Bennies, andouille scramble, French toast. Our burgers are great, our wings are great. The Bloody Marys are ridiculously good. All the drinks now...we started playing that game as well, where we're doing fancier cocktails. That was one of the things we started doing differently. It's great that we're a dive and all, but we can't just be a dive anymore. It's not cool to be rude to customers, either. That was one of the first things I changed.

God forbid, you know. We just try. I wish we were better. I'm kind of in that mood right now. But we're trying.

Don't you think Seattle is the perfect place for Hattie's?
For sure. Like I said, Linda can do it and it appeals to a whole group of people that [Hattie's] doesn't even appeal to. That's one of her geniuses that I see. She can take this idea and then market it to the masses. But, again, you go into one of those establishments compared to Hattie's, there's a different demographic for sure. I love our customers, by and large. As someone who's been a server and a bartender for as long as I have, you don't always say that at the places you work at. It's nice that we have that thing going on here, where staff has become family, but it's also cool when customers become family as well.

Do all of the new bars and restaurant popping up in Ballard affect business at all?
You know, I always think it's going to, but it really hasn't. Oddly enough. The [new places] are so beautiful and so much work went into them, and they put out a product that's phenomenal. But with all that product and all that money, it's a different vibe and not everyone is looking for that vibe, which makes us stand out even more.
· Hattie's Hat [Official Site]
· All Beyond the Buzz Coverage [~ESEA~]