Editor markup for One Year In: Shanik's Meeru Dhalwala. This is only visible in the story editor.

It's been a year of highs and lows for Meeru Dhalwala, who opened the upscale Indian restaurant Shanik (SHAW-nick) in South Lake Union last December to some of the biggest hype in Seattle's restaurant history. Having already run two successful restaurants — Vij's and Rangoli — in Vancouver, B.C. with her husband, Vikram Vij, she set her sights on laying down an anchor back home in the states, where she now juggles three restaurants, two teenagers, two homes and a spouse.

In this edition of One Year In, Dhalwala talks about the schizophrenic few months she endured trying to get Shanik off the ground with business partner Oguz Istif, and how she's come to realize that Vancouver is not Seattle.

Why did you come to Seattle in the first place?
I'm an American. After 19 years being in Canada, I was yearning to put a foot back home. Even though I'm from Washington, D.C., a part of me really just wanted a foot back home. And I like knowing that an anchor is back here. One thing I was really clear about is that I didn't want Vij's 2.0 in Seattle. I consider myself a developing Seattlite. I'm not one yet, but my goal is to make Seattle home. So if Seattle is my home, I want Shanik to be on total individual original equal footing as Vij's restaurant. I want Vancouverites to want to come to Seattle. This baby here is going to be its own different celebrity. 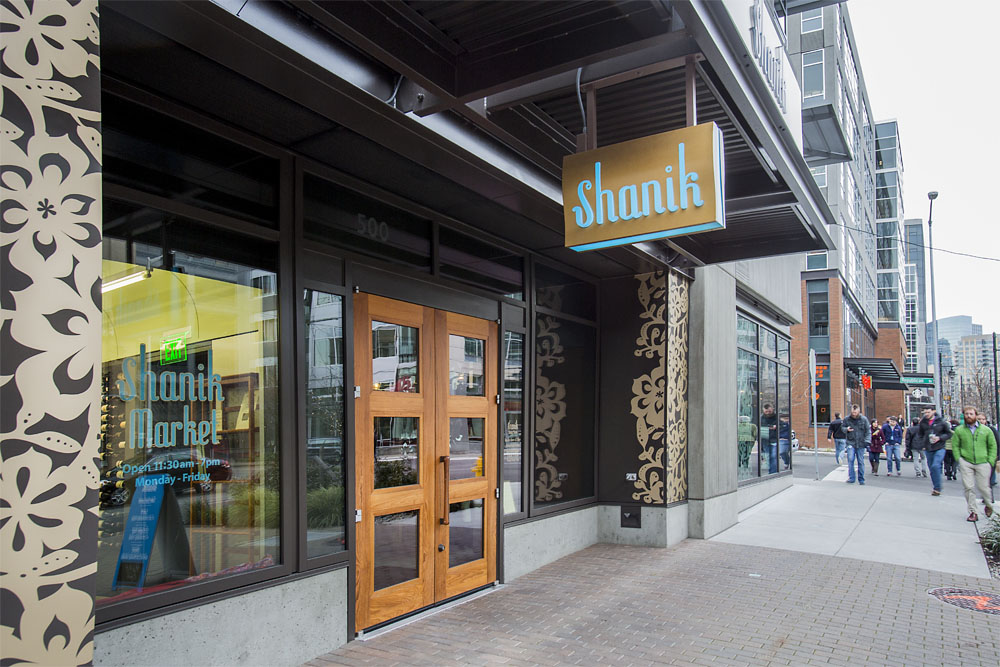 Is it cool to have a dual life?
Oh my God, yes! I'm like in mom mode, I'm in work mode in Vancouver, piano lessons and everything, and then I come here and I've got my swank little 600-square-foot condo downtown. It's a really weird shift, but I love it.

How has your life changed this past year?
Most importantly, I've got the exact same staff. I created a bit of an unintentional media "thing" by telling everybody that I lost my cooks right before opening. For me, it was a bit of a, "Hey, I lost my cooks, but I still did it! Wow!" But everybody kind of focused on the, "Oh my God! She lost her cooks!" And not even my cooks, my evening line staff. I kind of meant it as a positive thing that we worked it out and everything — and don't get me wrong, it was massively stressful — but I've now got the exact same staff I had a year ago.

The hype here was so big. I thought, "This is going to be a hurricane" and it was a hurricane. It's a new city, and even though it's just a two-and-a-half hour drive, I didn't know anybody. I didn't know vendors, I didn't know farmers — it was just completely cold turkey. 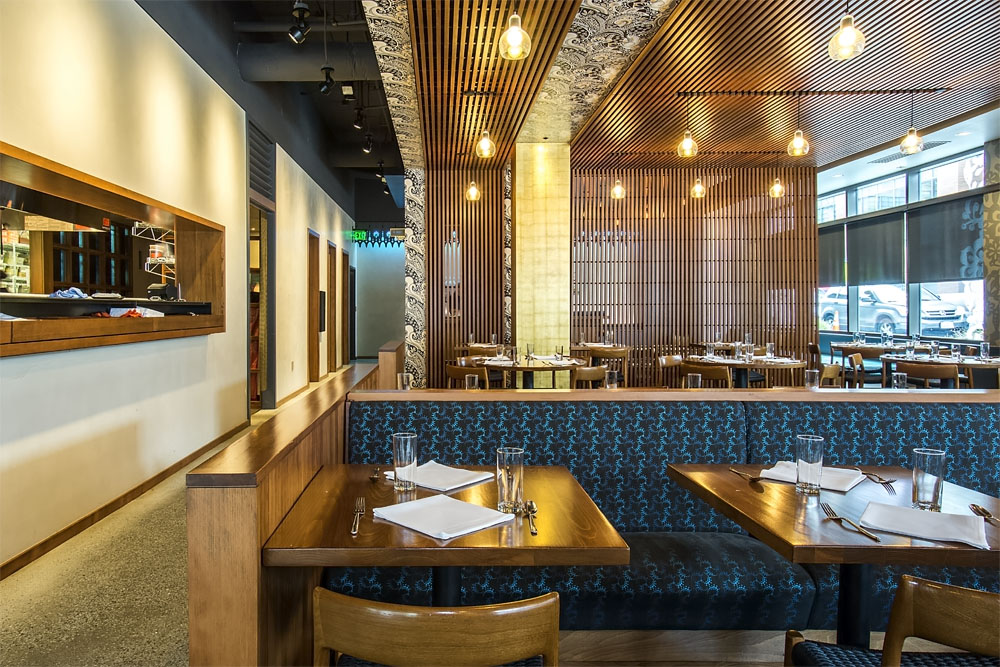 Here's the other stupid part, and this is not manipulative: I loved knowing they were worried about me! It gave me strength, you know? And then Vikram would leave me messages, and my mom, and then I'd text my sister, "I'm fine, I just can't talk." Not hearing my own voice made me feel passive aggressively wanted by my family.

What works in Vancouver that doesn't work in Seattle and vice versa?
Seattle traffic I realize is very different. I realize that people in Seattle live in their little neighborhood bubbles. I didn't know that beforehand. And so in order to get someone to leave their little bubble and come into another one, you gotta offer something.

Who's your clientele?
Lunch is an Amazon crowd. I've got a menu just for them. At Vij's I've got one menu. At Rangoli I've got one menu. And then here, I started off with like, "Oh, Meeru from Vij's is here and I'm going to make my magic potions for everybody," and then I realized Amazon — they're in a hurry! They don't care about magic potions that take 25 minutes to get to their table. They want to be in-and-out in like 45 minutes. 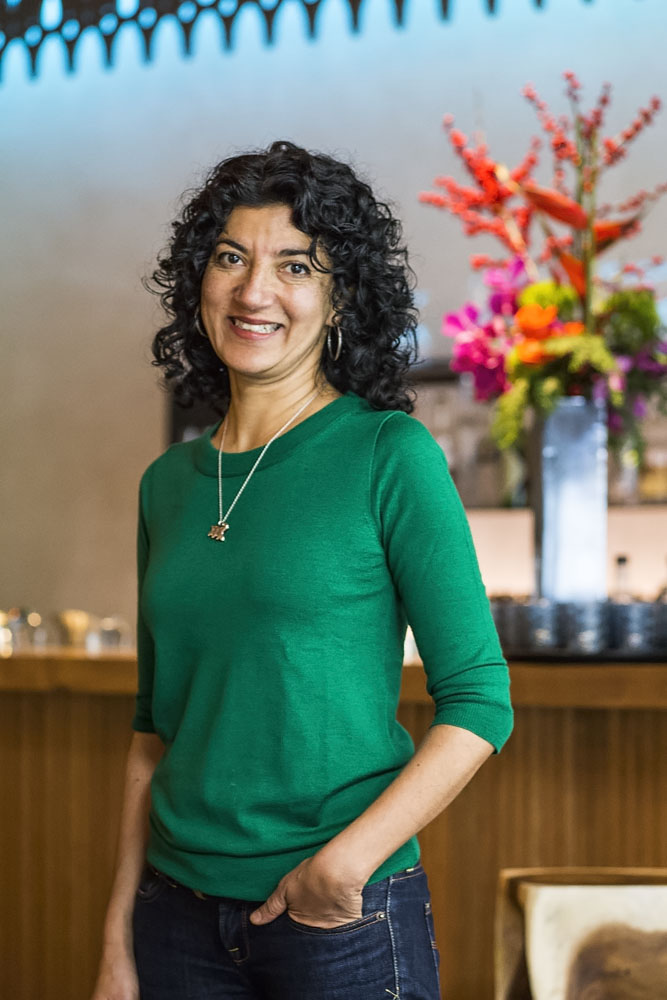 How many people mispronounce the name of this restaurant?
Not very many. And that's why I purposely named it Shanik, because I thought if you mess it up it will be, what, Shuh-neek? That just sounds so French and sophisticated! My younger daughter's name is Shanik and so I already knew what the potential was for mispronouncing it. I named it after her because I knew I was going to need a lot of strength and drive to move to Seattle, leave my comfort zone and start fresh. I thought if I named my restaurant Shanik, I'll always get that little smile thinking of my baby. And I'll always have that push to make this place a success so that she's proud of it. And me.

Why are all of your cooks women?
A lot of them are brand new immigrants who've just come from India or Ethiopia. A lot of people ask me if I'm prejudice against men, and I love men, I love the energy of men, but I guess it boils down to whatever messes with my creative mode; anything that messes with what I need to do, I get rid of it. I can't handle yelling and tempers. Maybe because I grew up with it, maybe because I grew up with a hot-tempered dad, I didn't want that it my oasis that I created.

My mom came with my dad and me to the states in 1969. And she was so isolated because she left her community, she left her family. She was a housewife in India and my dad was an engineer. So dad came here and he went off into the workforce. I went to school. My mom didn't have a social network. She didn't have friends. My mom didn't even have the language. My mom is a really glamorous, confident woman. Suddenly, she came to the U.S. and she just became a non-English speaking immigrant and no one really got access to this glamorous woman and I watched her just get isolated. I watched her feel so lonely and isolated. She learned English through watching General Hospital. To this day, it's one of my favorites. And I just saw my mother struggle to try and make a life, a place for herself. So, I think subliminally, what I started doing in Vancouver and here — because I get it — I started hiring my moms.

What have you learned about the culinary landscape of Seattle?
I think my biggest frustration with Seattleites is bubble living. Shanik is super busy on the weekends, whereas Mondays and Tuesdays...In Vancouver, we just decide, "What do you want to eat?" and we just go for it. I think in Seattle people decide, "Do we want to leave our area or not?" I think that's my number one thing. Number two, I think Seattleites are super, super daring when it comes to trying new things. I'm going to be introducing crickets or grasshoppers on my menu (probably in April), and after dealing with my customers here for a year, I know they are going to embrace it and be my cheerleaders. One thing I really do love is that my customers who come here are daring eaters. I've gained my confidence here in terms of being a daring chef way faster than I did in Vancouver. 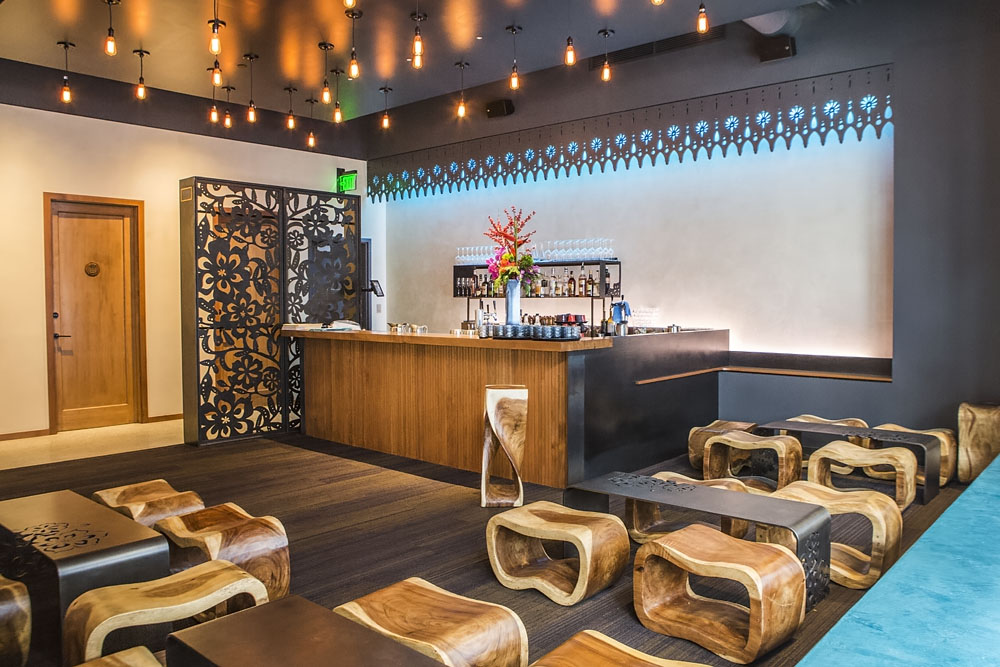 Any other big, less insect-related changes in store for Shanik?
One thing we don't have in Canada is happy hour. It didn't even occur to us to offer happy hour here. And then we realized that everyone in South Lake Union wants happy hour! Oguz is like, "What is this happy hour?" I told him, "Oguz! You're going to love happy hour! You get off work at 5 pm, happy hour is between 4 and 6 pm, and at 5:55 pm you order, like, six beers and then you sit at the restaurant for the next two hours drinking your six cheap beers!" And he's like, "Really?" So, right now we've got a little secret happy hour in the back lounge, so one thing my plan includes is to convert my lounge into a much more accessible happy hour place, but keep it as the waiting lounge as well after 7 pm.

How do you maintain so much energy?
I just love what I do! I love the ups, I love the downs. Seriously, when I leave Vancouver and get in my car, I get a big beaming smile on my face, "Yes! I get to go to Seattle!"

What would you like this restaurant to mean to Seattle?
I would want this restaurant to be an example to younger chefs and restaurateurs to get out of the box and, as long as you love it and you're brave, open up a different restaurant. Whether it's Turkish food or Korean food. There's so many different cuisines of this world that if we would just do it from our heart and not take the scaredy-cat zone and do what's expected, can you imagine how vibrant the restaurant scene would be? Don't get me wrong, I make mistakes, but I guess because I'm 19 years old now in the industry, I'm not as scared to make those mistakes. Now what I really want to do is get the young women and say, "Okay, you know what? Let's go!" There's so much more we could do in terms of cuisines of the world. It's not the cuisine that sucks, it's our approach to it. If we take that cuisine in a very individual and artistic way, it really doesn't matter. It could be Burmese cuisine. It could be Chilean food. There's no cuisine in the world that sucks.

In the end, a restaurant is a business. If I'm not making money, I can't practice my art. So, what a lot of us end up doing is we follow the demand. And what I'm saying is, I think we can create the demand.
· Shanik [Official Site]
· All Shanik Coverage [~ESEA~]