Share All sharing options for: The Delicatus Guys Are Making Wine Now

Actually, they've been making wine for awhile—they were tinkering with the stuff even before they opened Delicatus three years ago (technically, the sandwich shop turns three-years old March 11). Says co-owner Mike Klotz:

That first wine was a learning curve. We basically played around with it in [Derek's] basement. By the second year, we knew we could make good wine.

At the time, all five business partners were still at Oceanaire: Klotz and Derek Shankland were bartending, while Joshua Podawiltz and Ambrose Romero were servers, along with Derek's wife Michelle.

In 2010, they took winemaking from a three-year-old hobby to a serious business endeavor. Over the fall, they opened up a cool new venue in Pioneer Square to house it.

But let's go back to 2007, when it all began. The crew was still in the planning stages of Delicatus, purchasing used barrels to break down and use for furniture at their future deli. Says Shankland:

The gentleman who we now use to source our fruit was like, "Well, what are you going to put in these barrels?" And we said, "Unfortunately, nothing. We're going to tear them all apart and make furniture." And he said if you're interested, give me a call and we'll try to get you something in the barrels. 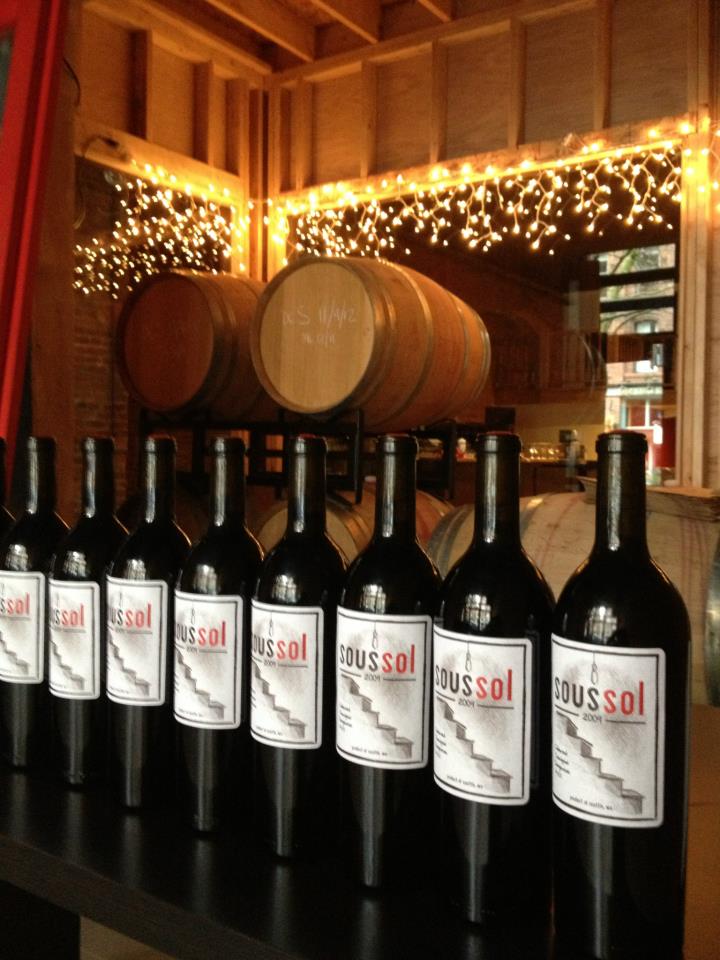 A week-and-a-half later, Shankland, who is the dedicated winemaker, made the largest impulse buy of his life: half-a-ton of grapes.

One-hundred percent of their fruit comes from Yakima. The name of their wine comes from their meager beginnings. Explains Klotz:

Sous Sol, loosely translated in French, is "basement, under the sun." It all started in a basement. We didn't want to forget our roots, if you will.

Sous Sol Wines will be available for purchase this spring, when the team releases their rosé—their first real wine as non-hobbyists. This last harvest yielded about 500 cases of wine—nearly double what they did in 2011. 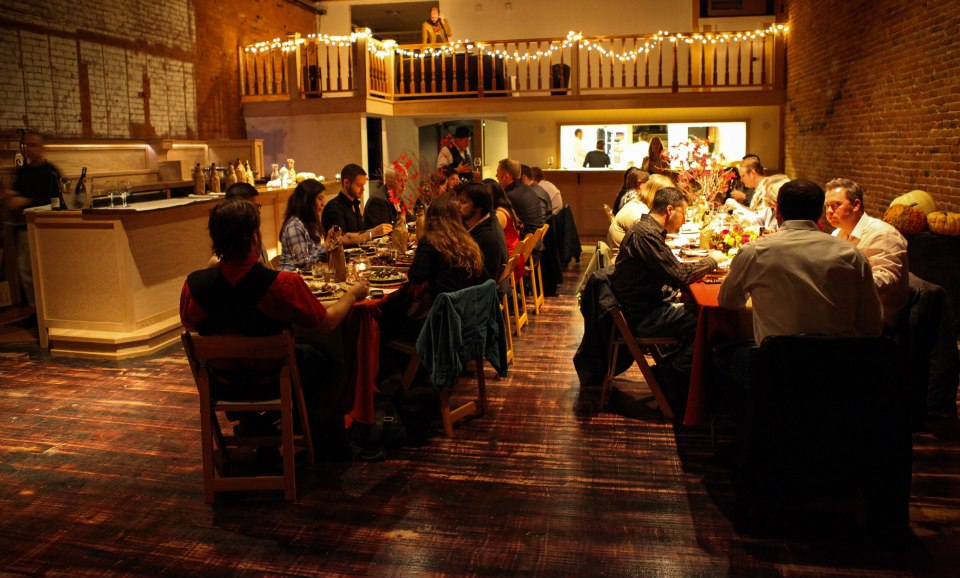 They even have a nifty space for their barrel room and winery: a new venue-slash-commercial kitchen just a few blocks south of Delicatus called appropriately, The Kitchen by Delicatus (pictured). It's in the old J Nayla Lounge/club Aura space. They're also super psyched that their neighborhood is growing, saying the vibrancy is the key to Pioneer Square's growth, but, according to Shankland:

You don't want to see the over-saturation of one specific style of retailer. We're getting an influx of restaurants and that's great; Matt [Dillon] is an industry friend of ours, and that's good. Having Mike Easton (of Il Corvo) come into the neighborhood, awesome. But if Pioneer Square can't finance diversity, I don't think it's sustainable.

Also according to Shankland and Klotz, Dillon is almost ready to open Bar Sajor—just a few finishing touches left to go.