Share All sharing options for: The Lost Pelican Finds Home Inside Former Bisato 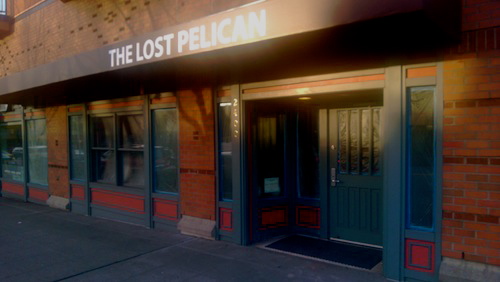 It has a name!

The Louisiana-style bar moving into the former Bisato space in Belltown is called The Lost Pelican.

The brown pelican is the state bird of Louisiana. And because I'm from New Orleans and my chef is from Louisiana and we're up here in the Northwest, we figured we got lost.

Owner Michael Forte, who co-owns The Lookout, says they're going to serve upscale Louisiana cuisine, but they're essentially a public house, which he believes the name reflects. He's aiming for an April 2 opening:

I'm pretty optimistic we'll be open by April 2, and if we're not open by then, it'll be pretty close to it.