Welcome to The Barkeepers, a new monthly column dedicated to the men and women who work tirelessly behind some of Seattle's hottest bars. Launching this first batch is Wendy Miller, founder of the Seattle LUPEC chapter and author of the Seattle Cocktail Culture app. 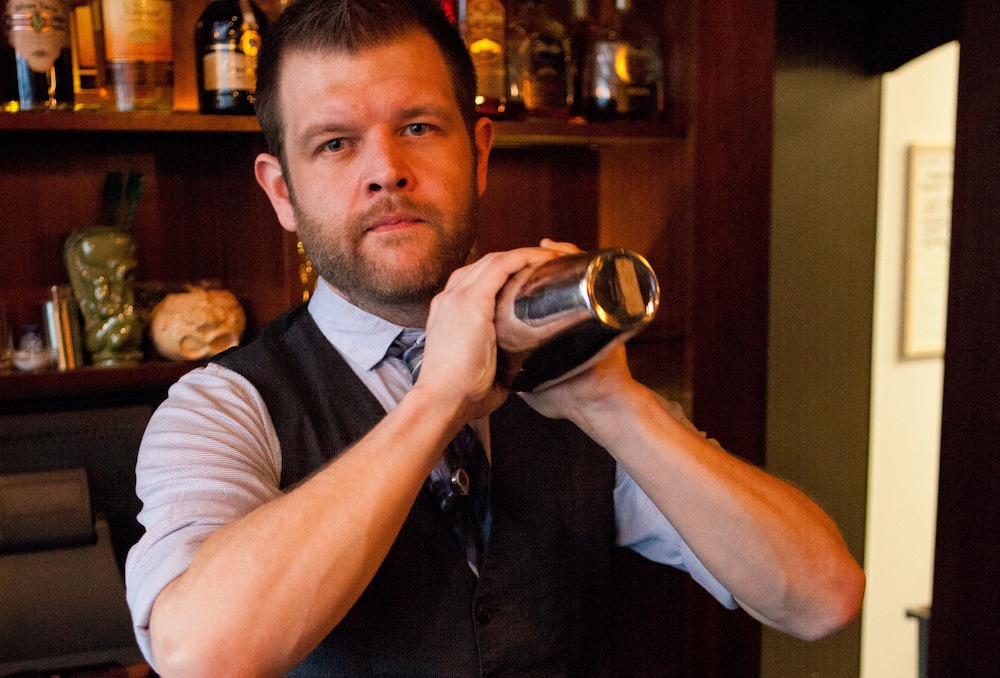 [Photo: A. Garland]
Connor O'Brien is the bar manager at Rumba; opened just last summer, it's Seattle's first dedicated rum bar. As with many bartenders, O'Brien's interests started with American whiskey, but soon he found a passion for rum, its history and the cocktails featuring it. O'Brien, a Washington native, has worked up through the ranks, from banquets, private gigs and Pioneer Square party bars, to mixing cocktails at the Tin Table and then Vito's. Recently he has been studying the history of cocktails in Cuba and the legendary bartender to Ernest Hemingway, Constantino Ribalaigua, whose regular customers affectionately called "Connie" — a nickname Rumba's staff has appropriated to Connor.

My first love was American whiskey as it is for most bartenders. I don't know what the "ah-ha" moment was with rum; it was probably something like the Barbancourt or El Dorado, still some of my favorites. I started getting really interested in rum and I dug that it was a new, different thing, that it was something that not everyone was doing. I got Justin the bar manager to beef up Vito's rum collection, told him some products to get, and I just kind of slowly became the rum guy. I had other bartenders sending people to me saying, "if you really want to try rum go up to Vito's, go see Connor." Before I left I had all these hardened Manhattan drinkers all ordering daiquiris for their shift drinks, all the employees. So I just kind of got that reputation and then these guys came, Travis and Kate came, and found me based on that reputation. They came and sat at my bar and had me make them rum drinks and decided that I was the dude.

How many bottles of rum do you have here at Rumba right now?

Out of the 250, give me your three current favorites.

I'd like to add a caveat to this because I feel like sometimes your favorite things aren't the most exquisite things. There are really rich, well-aged products that you really appreciate intellectually when you drink them once a year. And then there are other things that really get you and activate your taste buds and register on the deliciousness charts. So the things that I continually return to are the El Dorado 15. It's so rich, complex, full flavored but not sweet. It's just got these beautiful chocolaty, cocoa-y kind of notes. Its got a little bit of sulfuric twang to it. It's just a really beautiful product.

The Barbancourt line from Haiti. And I go back and forth between the 8 and the 15. I drink the 8 more often; I love the 15 when I drink it. It's more dry and woody, which, when I'm in the mood for that, it's awesome. But the 8 still has a certain freshness to it, it's still very dry. It's almost brandy like. It doesn't have that funkiness to it. It's not super chewy. It's a lighter much more elegant style I guess. And again I go back and forth between them. The 8 I find myself reaching for more often. 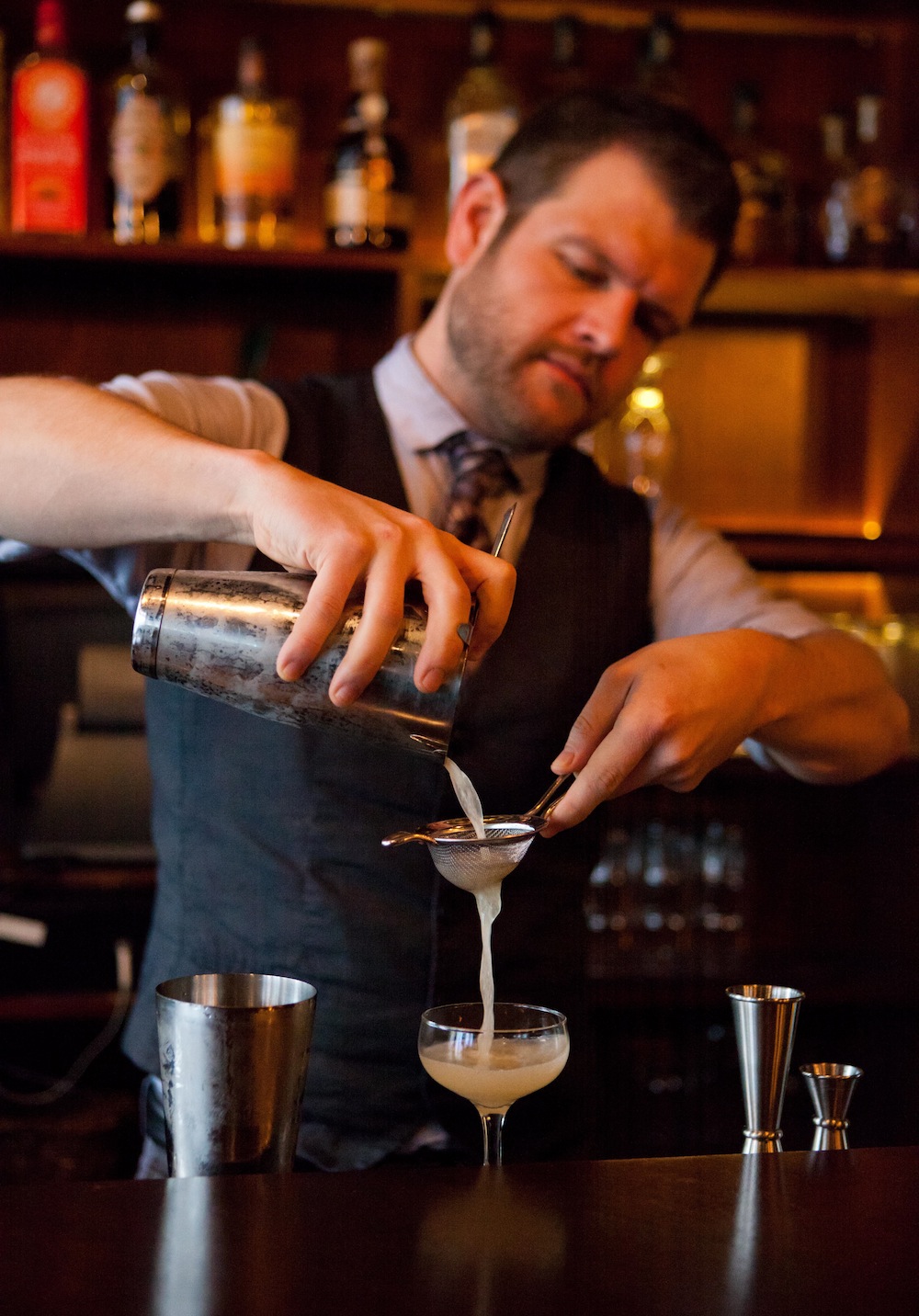 And then I would say something that I 've fallen in love with and have been lucky to secure a lot of, because it's going to be hard to get soon, is the Plantation Guadalupe. It's a single barrel from 1999. It's a French overseas territory, not as known for rum agricoles as Martinique is. They don't have the AOC but it is bonafide France. They make their rums from fresh pressed sugarcane. This particular rum is interesting in that it's kind of "the little rum that could," it's legally not an agricole rum due to French laws that limit production and basically the producer of this rum made too many barrels. So if you make over a certain amount you can't call it an agricole. But then it won like this national French competition as best agricole, even though they can't put agricole on the label. And it's just super sexy, it's got like an almost caraway note to it. Rich tropical fruit, it's lightly sweet. Rich full flavored. It's a really sexy rum that really I don't really like to drink in public. My body trembles a little bit. (Laughs)

I get excited rhapsodizing about these rums.

What is one of your go-to rum cocktails?

The ultimate rum drink is a proper Cuban style daiquiri. I mean rum and lime love each other deeply. And just enough sugar to take the edge off. It really shows off the rum. It should be a big pour of rum. To me it's a drink that surpasses a proper dry martini in elegance.

That's saying a lot! You're going to cause a martini-daiquiri smack down
(Laughs) Yes!

A lot of people just think of rum & Coke, or they hear daiquiri and they think of a slushy machine. What are some rums you would suggest someone buy for their home bar to start getting more serious about it?

There are a lot of really good sort of moderately aged rums that I think can really blow people's minds. There's the Plantation 5 year Barbados rum, it's pretty readily available; I think you can just get it off the shelf at Wine World. It's very reasonably priced. It's a true 5-year rum from Barbados, finished in cognac casks, full flavored and complex but it's not so dry and woody. It doesn't have any sort of off-putting funk like some of the Jamaican rums do. It's just a really approachable rum.

There's the English Harbour 5 year from Antigua and that's a little bit lighter style than the Plantation 5 but it still has a really nice rich flavor and it's one of the most beautiful daiquiri rums. It makes an almost creamy daiquiri.

And although it's a little bit more on the spendy side, many a mind has been opened by the Zacapa 23, which is a quality rum, and it's very well made. It's lightly sweet, it's very rich, almost cognac like. It's like an after dinner sipper. People find that really, really relatable.

What is the worst drink someone can come into your bar and order?

(Laughs) I'm very happy to make people whatever they want. I just do what people want.

See, that is limited to a certain degree by the fact that I don't carry Fireball. I don't carry Midori. I mean I carry things that I think are quality products. If people want to mix them weirdly that is fine with me. I'm not here to be a tastemaker.

What are the slower nights of the week, when someone is more likely to be able to nab a seat at the bar and chat about rum? 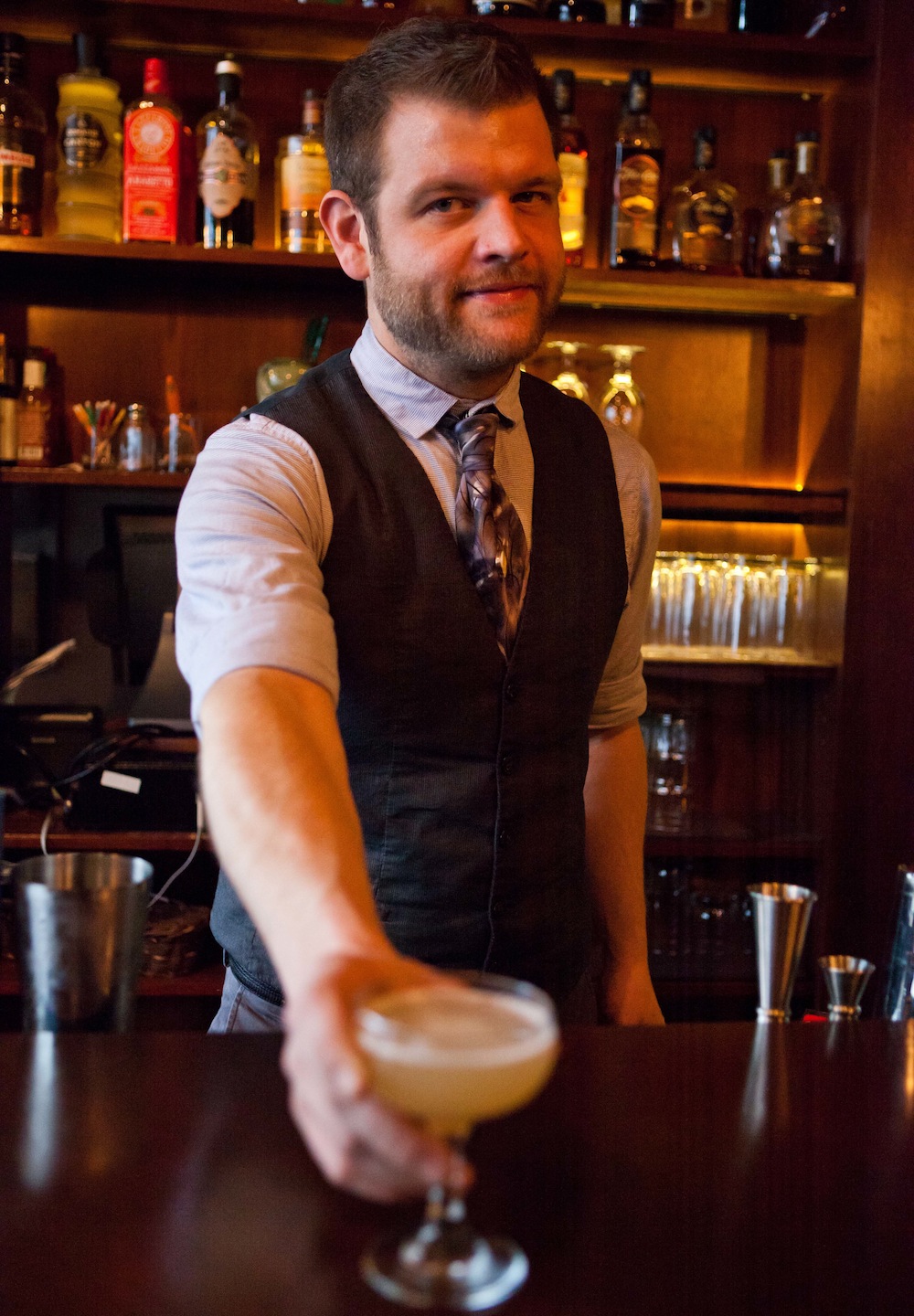 I did a lot of research into the world of Cuban drinking preparing for this project
[Connor is referring to a class he recently gave to the women's cocktail group LUPEC]. I was already in love with a lot of those drinks before. Again, the elegant sort of simplicity and freshness of them. I think right now, today, the answer would be the El Floridita [in Havana, Cuba]. It's so pivotal and from what I understand it's still a place that locals go to drink. It's been continually operated for over 100 years. It's the cradle of the daiquiri.

Bars that I have truly loved, of course Zig Zag. It's an awesome bar. I feel like I wouldn't have this job if it weren't for Murray Stenson. I would go every week and sit at his bar for like five hours and have maybe three drinks and just watch the dude work. And see the way he interacts with customers, and seeing the way he remembered everyone's drink, he remembered their name, where they sat last time, and was friendly with everyone. That was a very important lesson to me; I think I was doing a good job before that and then seeing him I realized how much I had to learn about customer service.

Also in San Francisco I love Alembic 'cause that's a bar that is kind of a geeked out bar that manages to still be a neighborhood bar and be about service and is causal and has good food and is just kind of a cool hang out.

What was your drink of choice, before you knew better?

This is basically the classic Cuban recipe, and the one the Bacardi Company used to print on their bottles when they were still based in Cuba. It's still the best in my opinion:

Stir the sugar into the lime juice until dissolved. Add rum and ice. Shake well, until shaker frosts up. Double strain into a chilled coupe or other vessel. Be transported.