NPH is a Fan of Walla Walla's Sleight of Hand Cellars

Share All sharing options for: NPH is a Fan of Walla Walla's Sleight of Hand Cellars

One of my favorite wineries, Slight of Hand Cellars, released their 2011 Conjurer. Delicious, with a fetching label: tinyurl.com/a2uwz74


Neil Patrick Harris sent this tweet out about an hour ago, praising Sleight of Hand Cellars' 2011 The Conjurer. Of couse, the SOH website has since crashed, but one big reason the actor/magic nerd loves the wine so much (besides the fact that it's evidently tricky to spell) is because he's on the label. 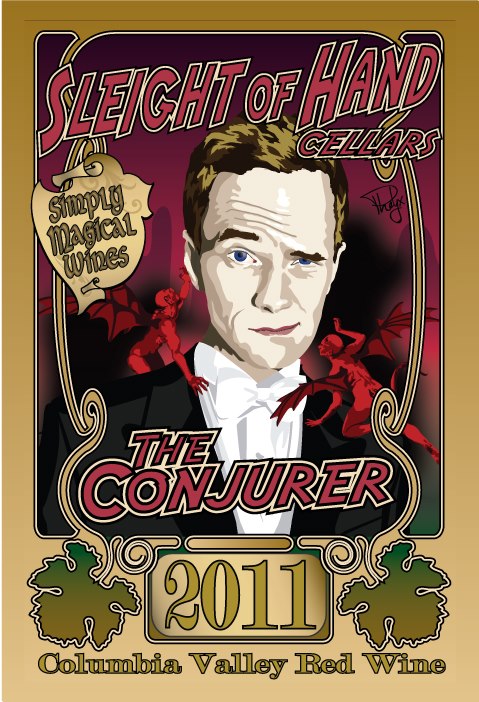 SOH winemaker/owner Trey Busch says he met Harris in Hollywood, where NPH is the President of the board of the Magic Castle:

We've had our wines on their glass pour list for 5 years now. NPH joined our wine club around that same time and through that wine club connection, we asked him if he would be interested in gracing our label. Jerry, my business partner, met him at the Magic Castle last August when we poured wine for a fundraiser for the LA firefighters who helped save the Castle from burning to the ground a couple of years ago. Phelyx Hopkins (or Professor Phelyx, his stage name as a magician) designed them. We fly him out from Denver every spring release.

You can bet the wine will magically disappear soon, as there are only 460 cases.