On the House is a new column that goes behind the scenes of the restaurant business, written by the owners, operators, chefs and others who make our favorite establishments tick. This month, Lisa Nakamura, chef/owner of Allium on Orcas Island, takes the helm. 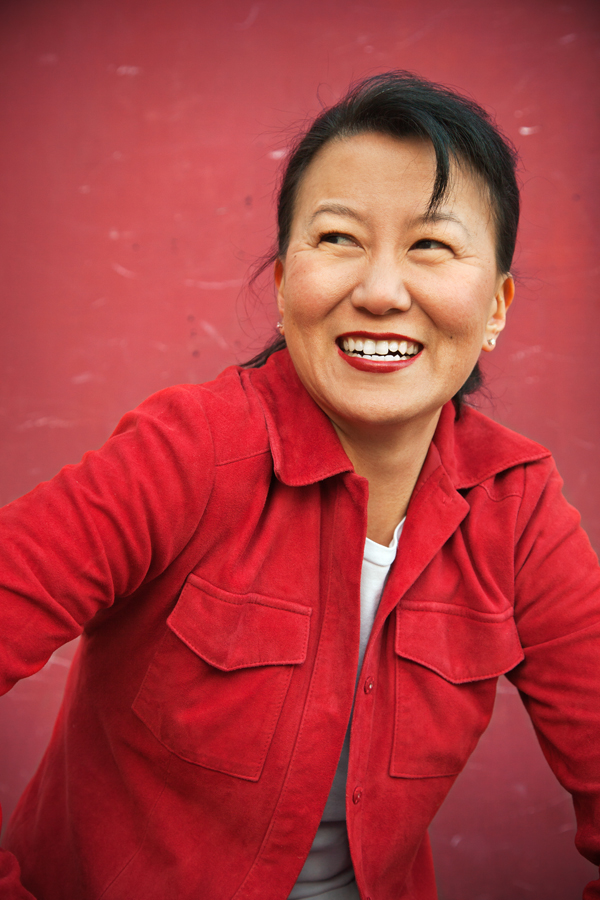 One of the most difficult questions I get asked as a chef is to describe Pacific Northwest cuisine. To define it is like trying to fit a hundred elephants on the head of a pin?..impossible.

When you think about it, the food scene in this area is astounding. What we take for granted is quite the amalgamation of so many cultures coming together and contributing their own unique flavor. You may have bagels or scones with your breakfast coffee, pho or teriyaki for lunch and a good ole pizza for dinner. And you didn't have to use your passport, buy a plane ticket or get those dreaded shots in the rump.

Why are we surrounded with such riches in eating choices? How did we get so lucky? Well, this is the direct result of the immigrants who came here to make new lives. They may leave behind their homes, possessions, family and friends, but they carry their food memories with them. They bring traditions nurtured down through centuries and then adapt them to their new homeland. They share with us the universal language of hospitality.

While I love and appreciate all the flavors and textures of food, what fascinates me is the history behind each plate. If you listen very careful, and start asking question, a simple dish can be an insight into a culture.

Cooking developed as a practical solution to make food edible, and to preserve it for the future. For example, the advent of soy sauce, kim chee, natto and other fermented foods was a way to keep things edible in a time before refrigeration. Charcuterie, dried pasta, jams and jellies were all ways to keep people fed during winters and leaner times. Duck confit, smoked salmon, and the lowly pickle were inventions to preserve food and to use surplus bounty. Each method evolved to uniquely fit the geography of the land, the raw materials the land provided. Cuisines acquired own delicious identity, and yet they all had the same thing in common: feeding people.

Not only is food a tradition of the past, it is constantly adjusting and changing to fit the present. I came face to face with this in Korea at the hotel where I worked. The employee cafeteria serves something called "Buddo chigae" (and I apologize if I just hacked up the name). It is a kim chee based stew with Vienna sausages, hot dogs and other canned meats in it. It traces its roots to the Korean conflict, where thrifty cooks made the most of American soldiers MRE rations. Here is a soup that started out as a humble way to use what one had, and is now a regular player on the lunchroom menu.

Another great thing is that this process goes back and forth. Remember that chocolate, tomatoes and potatoes were "exotic" imports from the New World back in the 16th century. Five hundred years later, we can't imagine pizza now without tomato sauce; we swoon at the mention of chocolates, and wax poetic about M. Robuchon's buttery pomme puree. 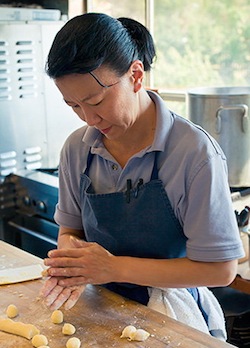 We've taken our fair share of ideas as well, and turned them into our own. Look at our coffee culture here. It started as one man's dream to recreate here the cafes he enjoyed in Europe. It's been such a successful business model that we are exporting it back overseas, with our own double-shot-non-fat-milk- sprinkle-of-cinnamon-with-an-artistic-doodle-in-the-foam twist. Give and take; we're constantly giving and taking.

There's always a debate as to the "correct" way to do things, which recipe to follow. Every family has their own secrets; each one claims they have the best "whatever". For many generations, these recipes were either handed down orally or with vague instructions and measurements. As each cook learned and mastered a dish, they brought their own interpretation to the table and made it work for the equipment and ingredients they had. And so our food traditions have evolved through the years.

Everything you eat has a history of trial and error. I always wonder about the first few people who tried something and found out the hard way how to process something. For example, manioc raw is poisonous, but cooked, we know it as tapioca. Did someone gnaw on a raw root and get sick? When did they put two and two together and learn that cooking the root destroys the toxins? Did someone pop the top of a distended can of vegetables, to disastrous results? Who ate the first oyster in the summer, only to find they were not as flavorful? Then again, who figured out how to even eat the first oyster?

Someone somewhere back in the mists of time figured out how to get the edible out of inedible. Someone else took another step and made edible into tasty. Another person came along, repeated the process and in doing so, made it tradition. People may not have understood the scientific reasons for following certain procedures; they just knew that if they kept with tradition, no one would get sick.

Now as the extraordinary becomes ordinary, it is easy to lose sight of the uniqueness of all the different foods around us. We can easily lose sight of the trees because we are immersed in the forest. We don't give a second thought to how these foods made it down to us through the centuries. We take it for granted, because there it is, so easily available to us.

So I hope that the next time you slurp down noodles, dial up the pizza order, marvel at the number of pleats sealing your soup dumplings or savor the delicacy of the perfect sushi bite, you will perhaps think of the generations before who carried on these recipes and brought these traditions to this fabulous melting pot we call home, and whisper a word of thanks.

Meanwhile, I'll be rounding up those hundred elephants and looking for a pin.