Share All sharing options for: Lucy Damkoehler Will Head Up Sugar Mountain Bakery

Kurt Dammeier is busy with the build-out of his upcoming (mainly) smoked meats restaurant, Max's, which will share space with a new patisserie he is calling Sugar Mountain Bakery. Pastry hot-shot Lucy Damkoehler, formerly of TASTE, Mistral Kitchen, and most recently Hot Cakes, has been hired as the chef. She'll be focusing on desserts for all of Dammeier's restaurants, including a signature dessert, which is not for public consumption at the moment, but geezus, does it sound delightful.

The patisserie will also include sandwiches — not ones made-to-order, rather slider-style ones that are made on a soft sweet potato roll and topped with meats from the restaurant.

Sugar Mountain Bakery will be on the ground level of the old AutoSport garage (across from Whole Foods on Westlake), where most of Max's food action will be going on. Dammeier figures there will be about 60-75 seats with carving stations along the dining room where customers pay for their meat by the pound, cafeteria style. There will also be a hot and cold vegetable station, seafood, mac & cheese, and those delightful veggie chips that were on the original Maximum/Minimus menu, but were taken off because there just wasn't enough room to execute the dish. 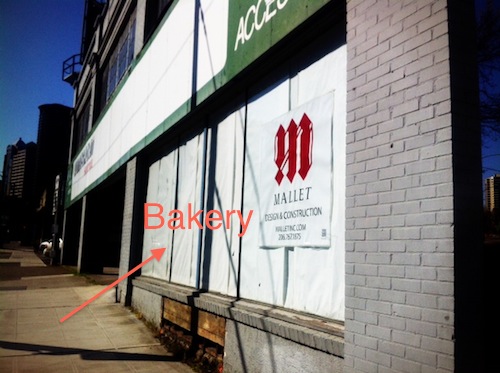 Downstairs in the basement is where most of Max's seating will be located: couches, big banquets, a pool table, and an antique wood burning fireplace.

Max's sure seems to have all the makings of a super-restaurant, especially since Mallet is behind the aesthetic. Look for a February 2014 opening date if all goes according to plan, which it always does (typed in sarcasm font).

203° Fahrenheit Coffee Will Open in the Google Building — Eventually