Why One of Seattle's Best Bartenders Doesn't Drink

Share All sharing options for: Why One of Seattle's Best Bartenders Doesn't Drink

Welcome to The Barkeepers, a new monthly column dedicated to the men and women who work behind some of Seattle's hottest bars. Each post is thoughtfully shaken and stirred by Wendy Miller, founder of the Seattle LUPEC chapter and author of the Seattle Cocktail Culture app. 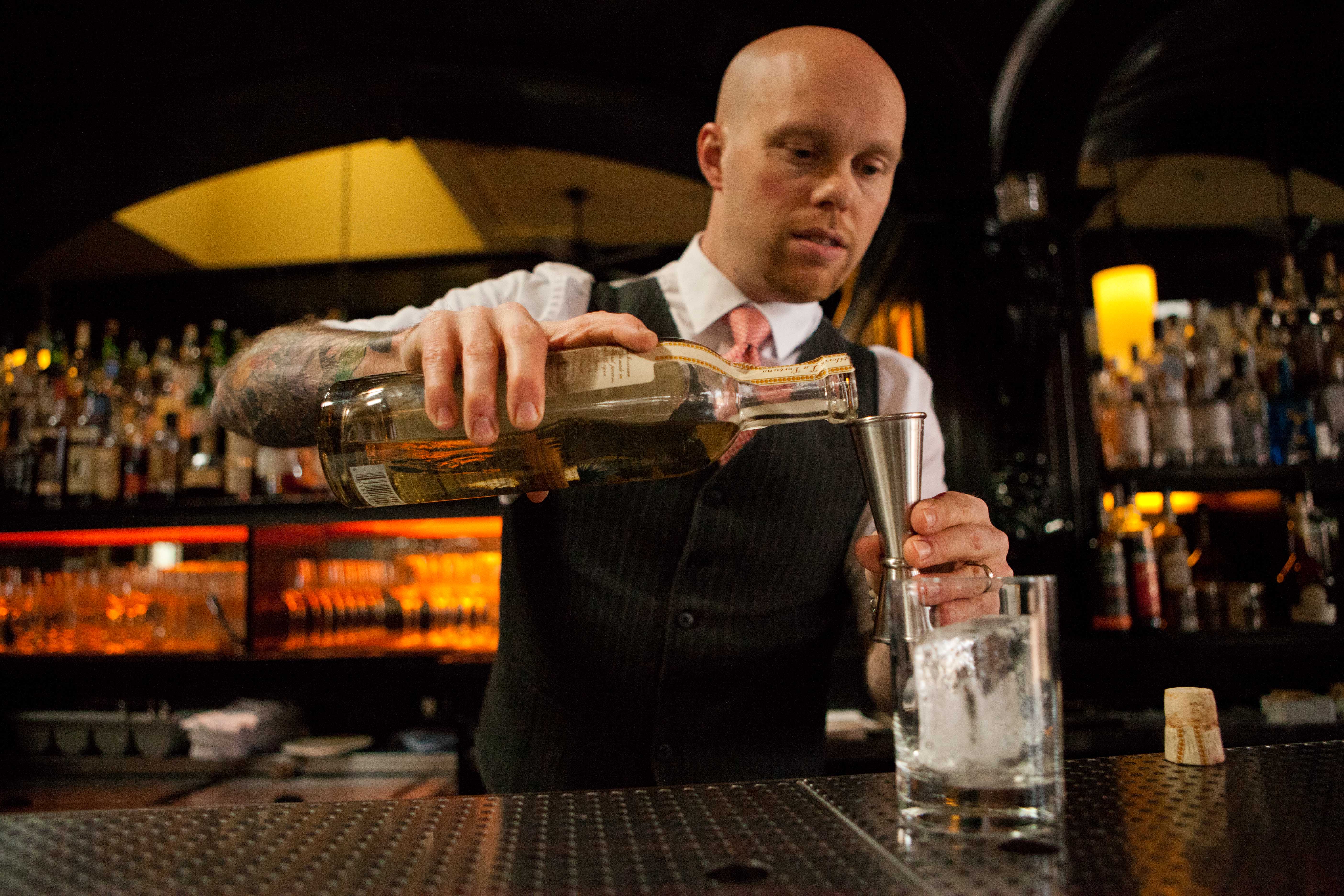 Erik Carlson is rather famous around these parts. He's the bar manager at Bastille and now works as the head of bar operations for the restaurant's power duo, Deming Maclise and James Weimann, the brain trust behind Poquitos, Macleod's, Von Trapp's and the highly-anticipated Stoneburner. Working for a strong restaurant team is nothing new to Erik, as he learned his craft inside many of San Francisco's icons, including the Starlight Lounge, Clift Hotel, and Slanted Door, before relocating back to his hometown of Seattle in 2009 to help with the opening of Moshi Moshi, right across the street from Bastille. M2 immediately became one of the top lauded cocktail programs in Seattle and Carlson has continued to impress customers with his creative menus and is looking forward to the early-June opening of Stoneburner and its new bar. All of this success around cocktails and the man doesn't even drink!

How did working at San Francisco's Slanted Door influence what you're doing now?

I was working 12-hour days [at the Cliff Hotel]; I had to quit there 'cause I was so miserable. It was somewhere between 2004 and 2005. My relationship was struggling. So I took two months off and I got hired at Slanted Door. That place was a refuge, like that's where you go to bartender boot camp, to get back to basics. They had all these spirits I'd never heard of or seen. It was literally where I nurtured myself back to health.

I stopped drinking that year and a half, and dove into this whole cocktail scene. Everything was fresh squeezed on the spot. We were doing all these artisanal spirits I'd never heard of. It was not about the hotel scene. It was about food, and product, and the Bay area, and these amazing bartenders, and family, and all that Slanted Door thing. The style of the drinks were really clean and simple. They used organic sugar, and I was like "Oh my god!" And then Jennifer Colliau started Small Hand Foods and that started taking off, right when I left there actually. I've never turned back from that, I've always used everything Jennifer does. The whole organic scene, like what goes into cocktails affects your drink, it was a huge eye-opening experience. I focused there.

How has your career grown and changed since moving back to Seattle?

I think I made 90-percent of the cocktails that went out of [Moshi Moshi] in the course of three years. I'm learning now that I can't make 90-percent of the cocktails. I might be making 15-percent of the cocktails, which is a scary power thing to let go of. But I'm also not squeezing all of the fresh juice. I'm not making all the syrups. I'm delegating. At Bastille, I have a bar back now. I have two bar backs. I also have two bars. And that has been super awesome. I didn't trust anybody at Moshi to even make my simple syrup, I was that paranoid. I didn't want anyone fucking it up. Jason [Stoneburner] and I became friends over the bar at Moshi and we'd always shoot the shit about what we wanted to do. He wasn't even head chef yet. And then one day he came in and was like, "I got the head chef job," and I was so pumped for him. When [Bastille's bar manager] position came open I jumped on it 'cause there was all this talk about potential future projects.

These guys have provided amazing opportunities as far as creativity and spaces. The spaces are amazing. James [Weimann] and Deming [Maclise] go out and build these cathedrals.

I've been hired as Bar Operations where I come in and make sure we have the right looking cocktail menu, the right spirits, the right glassware, the right tools, the right look behind the bar. And that's been the most fun part about it for me, these concepts and these menu ideas, like [Von Trapp's] is going to be German, [Stoneburner] is Italian. I couldn't ask for anything better. 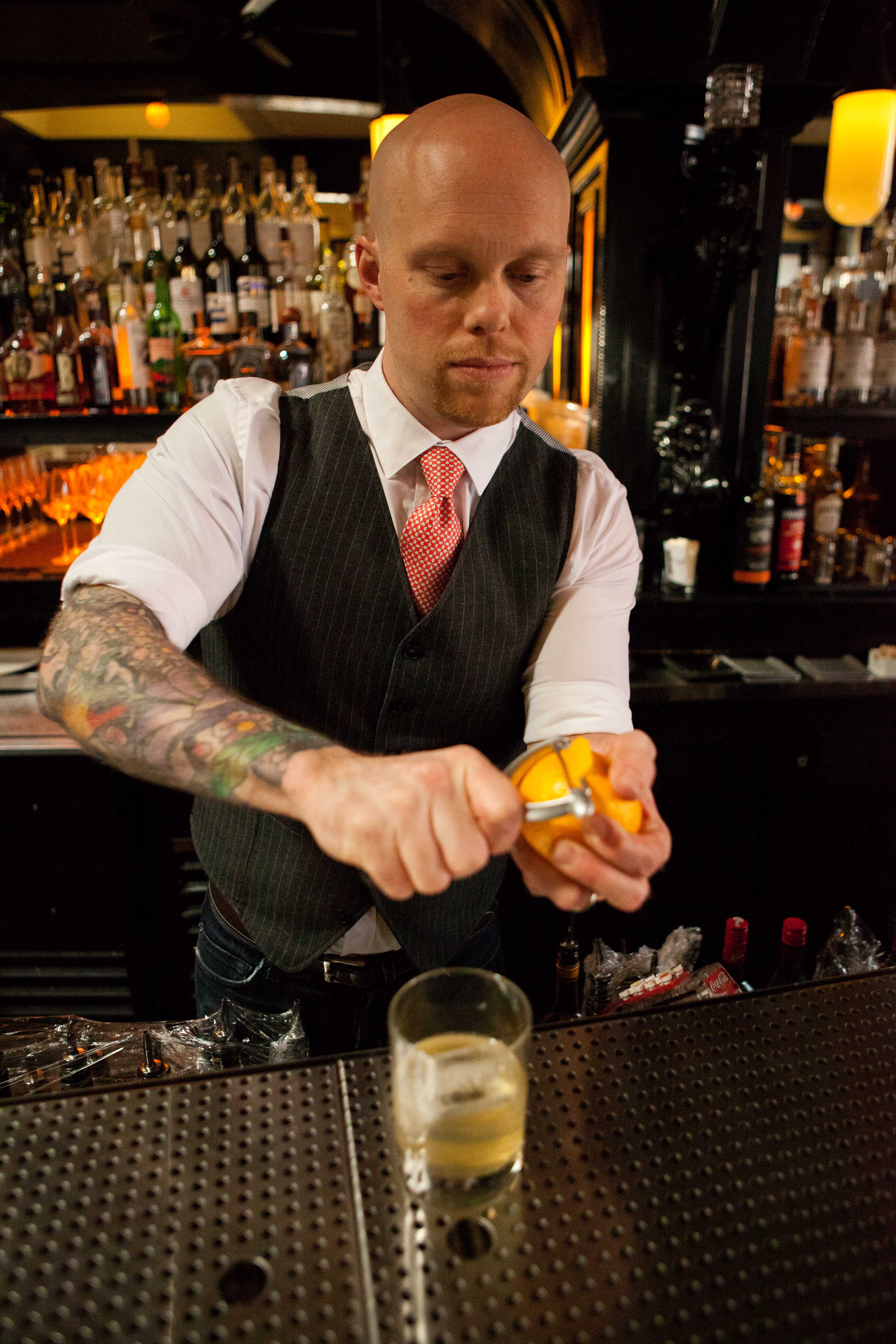 How do you make sure your cocktail menu tastes good, considering you don't drink?

When I'm doing the development during the day, I will basically shop the cocktail around the bar — from the kitchen staff, general manager, whoever will listen really. I've done enough research in my day to know what everything tastes like (laughs). I mean I've done a lot of research! As long as you can figure out sweet and sour and sugar and citrus, the chemistry behind cocktails. The classic cocktails, I take them as a guide, here's some spirits that work well together. And you can kind of tweak on that and go from there. The whole barrel age thing; I don't follow too many trends, but if the trend involves pre-batching everything and then making it taste better over time, fuck, I'm onboard. And I think that the tap cocktail thing is interesting. A punch is the most perfect recipe because you take all these ingredients that taste well together — spirits, sugar, citrus, spice — and make them balanced, not overly boozy and get away from this sweet bullshit that people drink at parties. We make these cocktails over and over and over again. I'll usually run a cocktail as a weekly drink special first and if people are receptive to it we'll keep it going. It's important to make sure that we have formulas down.

What is the most popular drink at Bastille?

We sell more Old Fashioneds than probably anything. I've had a Scofflaw on the menu for the last 10 days and that thing is just flying out the door.

What about at Macleod's?

Besides beer, what's hot up at Von Trapp's?

We have a cool mezcal cocktail with hefeweizen and pamplemousse and Zucca and lime and salt (the Fire & Knife Cup cocktail). I've been dying to get my hands on a menu like that — not so serious and something that no one was really doing at that level.

Have you already started working on the menu for Stoneburner?

Are you kidding me? I've been working on it for the last 8 months! Obviously, lots of Italian vermouths, lots of Amaro. The bar at Stoneburner will be...lucky you..so this is the restaurant, this is the bar (shows me the plans). This much more of a communal vibe. [Deming and James] come back from these trips and they're like, "We found these Venetian chandeliers and there's only like four of them in the world," so they bring all this stuff in and so you say, "Well, I better make some drinks!" And we're bringing in all this different glassware. And I ordered my dream ice machine. The whole Italian thing is easy for me to jump in there and be excited about because I already love using all those products [and making] aperitif style cocktails.

How do you name the drinks you create?

Here's how you name cocktails. You basically, in the middle of the night when you get home from work, type in key words. So if it's a rum cocktail and it's agricole based, you type in French West Indies history or French West Indies boating clubs and Wikipedia is your best friend. So basically you get on Wikipedia and you bounce around from term to term. When I was doing the Scotch menu for Macleod's there's all these old Scottish weapons and shit, the claymore. So that's how the drinks get named. 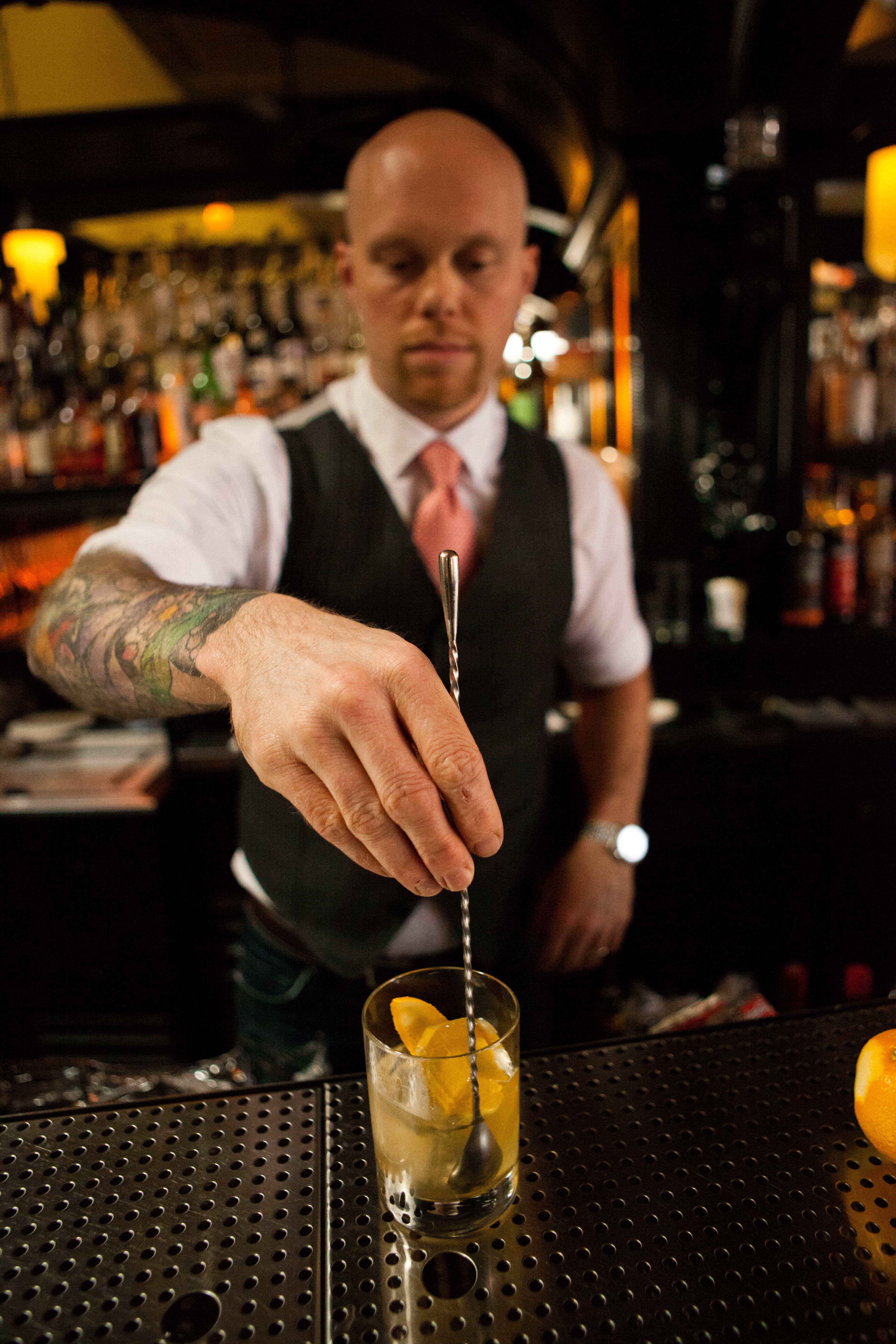 Once Stoneburner opens, will you be behind a bar?

I will be behind a bar somewhere. I'm trying to figure out my schedule right now. Realistically, I probably won't be behind the bar more than three days a week. If these places weren't right across the street from each other I wouldn't be able to pull this off. But I hired an assistant bar manager, he's going to help me (Ryan Lobi from Willows Lodge and Mulleady's). I'm stoked to get someone who I can spit all this information to whether they want to hear it or not they're going to get it!

What's next for Deming and James?

I don't know, these guys are going so bonkers! We had been talking about Stoneburner for so long and all of a sudden they are like, "Well, here's Von Trapp's". Whatever they want me to get involved in, I will be on board. Those guys have been so gracious and giving me opportunities to jump in there. I don't want to go on the record saying they want to do something Caribbean or rum-based, but I've always kind of expressed my interest in it. I would say the more different the concept the better. But also I don't know what they are going to do next. I do think they know what they are going to do next, they just haven't said it yet. And whatever they want to do I want to be involved.

I know you don't drink anymore but if you could go to any bar in the entire world, where would it be?

Oh man, good question. I've never traveled to Europe or to South America. I'm dying to see like the Savoy or those historical bars that influenced American drinking culture. On the flip end any bar, if you go down to the French West Indies, I'd be happy to sit there and just zone out.

When I was in San Francisco and Beretta opened, that was such a changer. It was something that was new to me. I was watching these guys do their thing. His style of drinks, they're clean and they don't have to have 15 different ingredients. He was using all the Small Hand Foods that Jen was making. And just the style of bartending that was happening there, everything was double strained, the coupes are frozen. I sat at that bar and just watched those guys work. Everything from the syrup containers to the egg white containers. That hasn't left me since I've been up here.

What did you drink before you knew better?

Can you share with us a drink from the Stoneburner menu?

Measure ingredients over large ice cubes in a rocks glass. Stir 40 times with a barspoon and garnish with an orange peel.