Share All sharing options for: Take a Look at Ravish's Eastlake Rooftop Garden

Welcome to Up on the Rooftop, a new feature by Seattle Slow Food board member and writer Melissa Peterman, who gets up close and personal with Seattle's mile-high club in the form of rooftop gardens and other edibles being cultivated above street level. 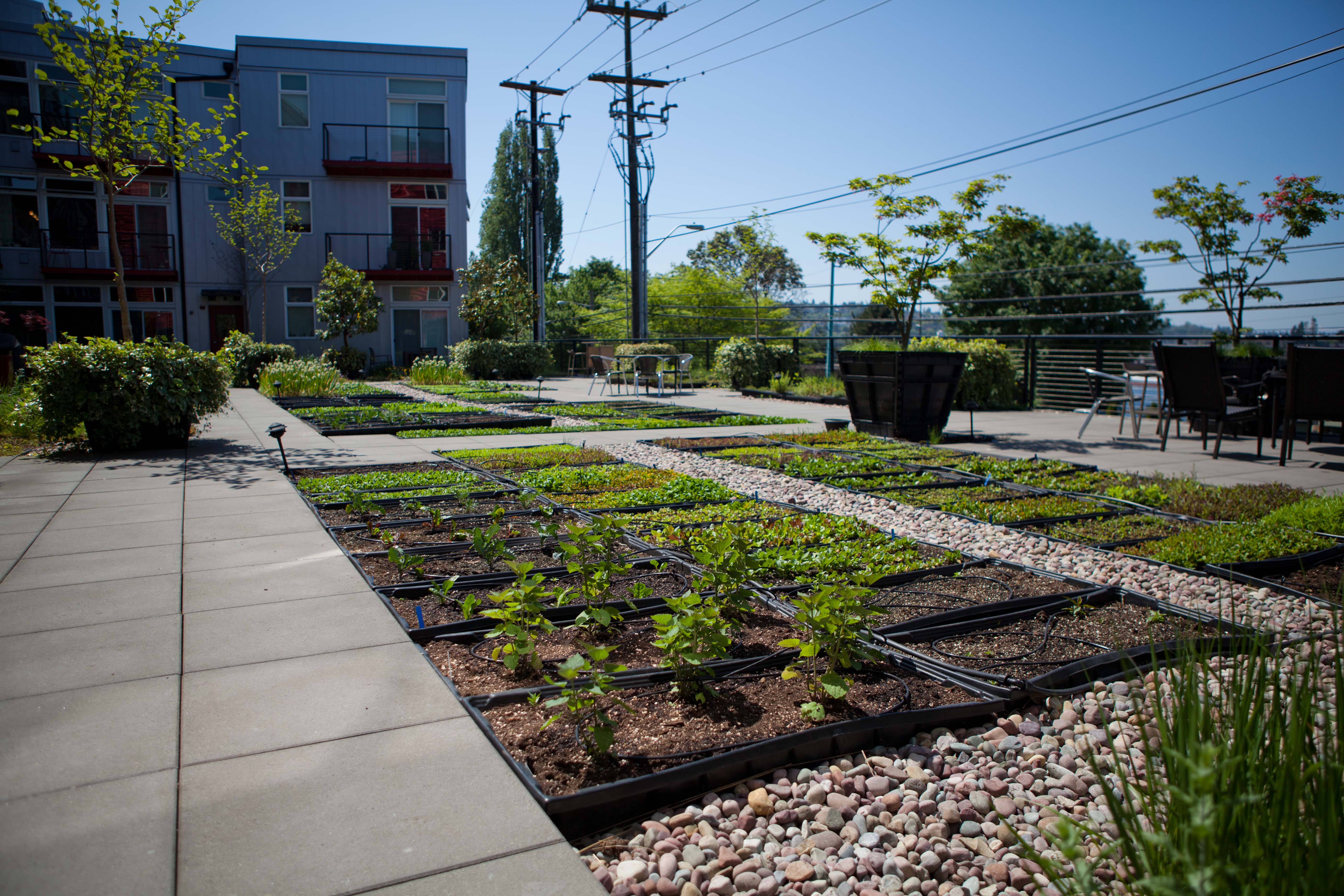 Ravish, the restaurant of the long standing catering company Ravishing Radish, is among several local restaurants that are expecting great results this season with their culinary gardens. In 2012, owner Lisbet Mielke and head chef Kelly Daly sought out the wisdom of Seattle Urban Farm Co. to help them plan, plant and consult on their 1,000 square-foot rooftop space.

"They are a really great group of people and we will eventually be weaned off," says Mielke. "They come in and do the planting and pruning and you do all the harvesting, but now we have someone on our staff who is going to completely take over."

"Ultimately that is [Seattle Urban Farm Company's] goal too, to be self sustaining," says Daly. "We consult with them about what we want and they provide the seeds and the plants."

Ravish shares their rooftop garden space with neighboring restaurant Sushi Kappo Tamura, which has about a third more garden space than Ravish. They each have their separate areas but sometimes share produce, so nothing goes to waste.

Before becoming a rooftop garden, it was a common area with some underutilized planter beds. Ravish included it as part of their maintenance fees, so it's not really an extra cost to them or the building. Ravish even included an honor system herb garden for the homeowners in the condos above who have access to this common area as well.

"I changed up the crops this year to what grew best. Hardy stuff, lettuces like arugulas, mizunas, kales and chards, bush beans all grew really well," says Daly. "Mustard greens were really great; we have planted them again this year. We use them in our vegetable platters or we braise them. Those plants yield a lot."

Both are happily surprised at how well the garden has done and it hasn't been too much extra work or cost for the kitchen. "We're experimenting and every year we will get better and better results." says Mielke.

Looking ahead this summer, Mielke and Daly are excited about adding more edible flowers like nasturtiums, which Mielke will use for wedding catering. Ravish also uses a lot of fresh herbs in their bar program including herbal simple syrups and fresh rosemary and sage for muddling and pastry chef Monica Seward frequently uses the rooftop herbs in her dessert creations including their lavender panna cotta and infused ice creams.

Want to know what's fresh out of the garden? Guests will find seasonal rooftop vegetables written daily on Ravish' chalkboard in addition to other locally sourced meats and produce.

Daly says, "It's really nice to go up and grab stuff. People love to see us come down with our tubs of produce and be like 'that's going to be on my plate!'"