Share All sharing options for: As Rover's Ends, Rautureau Hints at New Restaurant 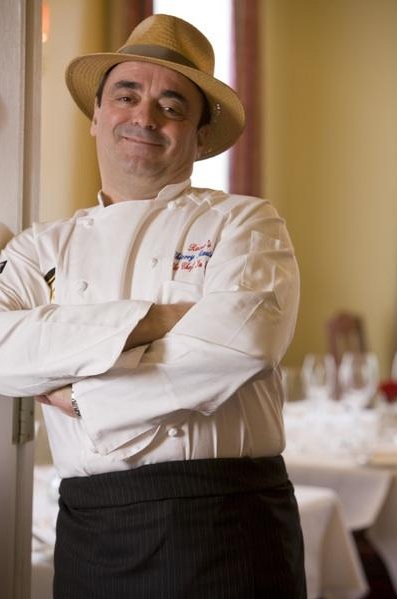 Rover's will be celebrating its last night of service on Sunday, and don't expect to be able to snag a reservation. The place is sold out.

Puget Sound Business Journal has a fond farewell write-up on the last supper, including the menu (owner Thierry Rautureau has no idea what it will be). But perhaps the most interesting gem is buried on page two, where Rautureau finally goes on record that he's planning a new restaurant in Seattle — something that has been buzzing in the air for awhile now. He says, "It will be French contemporary in an urban setting. All the nuts and bolts are not together yet."

Rautureau announced he was closing his nearly 26-year old restaurant last December, telling Eater that he wanted to leave at the top of his game and that, "It's time for a new chapter."

If you're overcome with sadness about not landing a rezzie, chances are in your favor that the Chef in the Hat will happily serenade you at some local karaoke joint with "My Way" on the song list.