Share All sharing options for: Cal's Calls it Quits in South Lake Union

All boarded up after only ten months.

Cal's American Kitchen, the upscale beer and burgers spot on the ground floor of the Amazon headquarters at the corner of Terry and Harrison, in the very heart of South Lake Union, closed up shop on Tuesday night.

A telephone message directs callers to Cal's sister restaurant at Kent Station for information on redeeming Amazon Local coupons. A sign on the door suggests that something new — perhaps even from the same owners — is coming in its place. 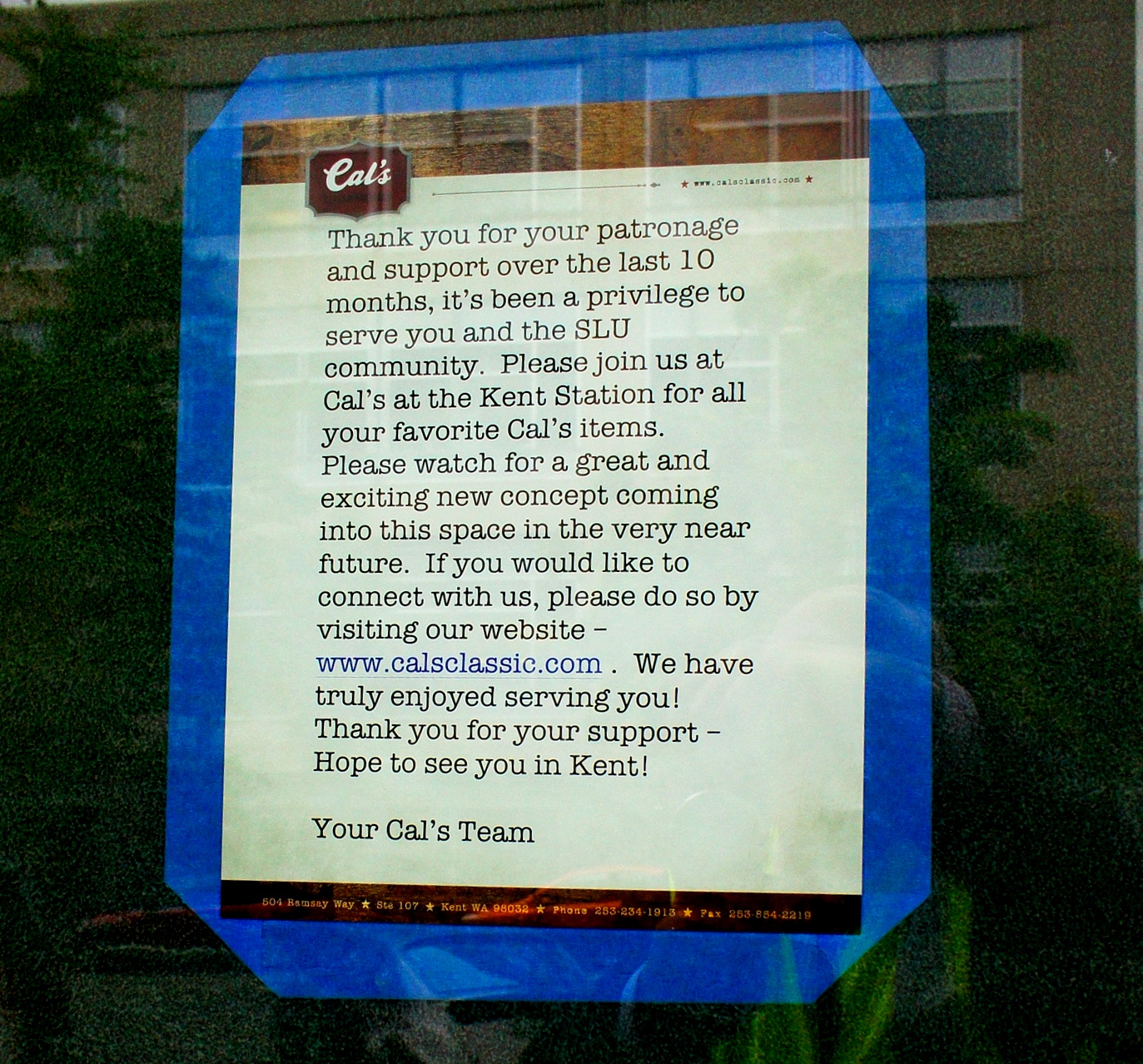 Cal's opened in SLU to great fanfare last August. It was the second venture of a Tacoma company called Classic Concepts, whose founder was Jeff Chandler, the wizard who turned The Ram into a college sports bar franchise. The company's first project was the Cal's in Kent, which opened in October, 2011.