Share All sharing options for: 5 Questions for the New Ballard Skillet Diner Chef

The Ballard Skillet Diner is moving right along. Broad estimates peg the grand opening to early August. But today, information on the guy who will be doing most of the cooking. Because that's kind of important.

Former stadium executive chef Jon Severson got the job after collaborating with Skillet on a couple of events last fall at CenturyLink, where he was the executive chef from 2006 right up until about two months ago. In a past life, he worked in Chicago for a James Beard Award winning chef at a restaurant called Spiaggia. 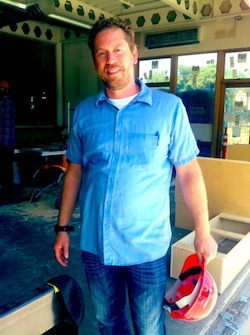 What makes you a good candidate for working at Skillet?
I come from the midwest. I was born and raised in St. Louis. I love comfort-style food — it's what I grew up on. I also think it's tied into my years working at the stadium, really trying to pull in local vendors and utilize local foods. That's what I was doing at the stadium and it just goes right along with what I want to do here and I think the vision that [Skillet founder] Josh [Henderson] has for Skillet. I'm just really looking forward to the opportunity.

How is the food here going to be both similar and different from the original location?
The breakfast menu is going to be very similar to what's over at Cap Hill. The burger is going to be the same. Some of the sandwiches are going to have some slight variations; that's an area of the menu where we're really going to probably see a few differences. Breakfast and lunch isn't going to change much initially. Obviously, we'll slide some new items in here and there, one being an ebelskiver — it's a round Danish pancake. It's something we're going to make in-house. We might even do some Bacon Jam ebelskivers. So, that's going to be one of the fun items on the breakfast menu. And it's going to be special just for Ballard.

On the dinner menu, again we're going to keep some of the Skillet classics that Capitol Hill is known for. We're going to have a bit more of an ever-rotating variety of seafood, which I think folks in Ballard will appreciate. And we're going to grow our dessert menu a little bit.

Do you like to eat this kind of food?
Oh, absolutely. This is right up my alley. Not every day, but maybe every other day. 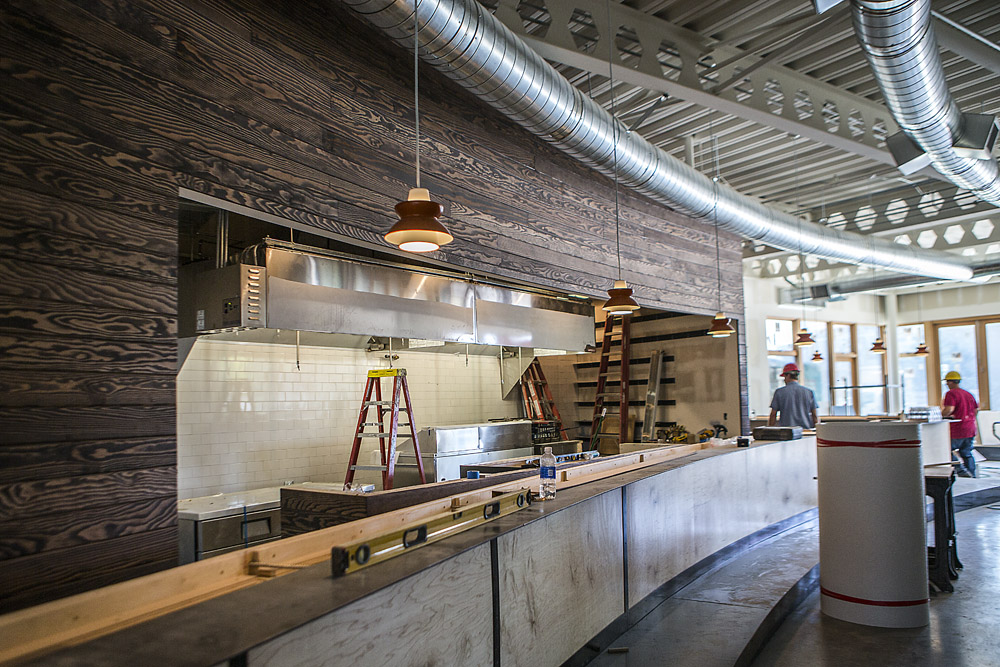 What are the responsibilities of the executive chef of Century Link?
Number one, it's about having a really good food program. The executive chef position oversees all of the concession operations, oversees all the suite operations, overall execution of the food. [CenturyLink] also has a robust catering program where they've done 5,000 person events for Amazon and Microsoft. In the off-season, it's about utilizing the WaMu Theater, wich also holds concerts that we'd do food and beverage for. And then for soccer, they have an all-inclusive club where we did a 1,000 person chefs table every soccer game. And then there's eight mini-restaurants on the Club level. I also had a say in what vendors came in, to some degree. It was really a great opportunity to be exposed to not only the value, but have a hand in the direction that a lot of restaurants are going right now and applying it to different areas of the stadium.

What advantage do you think you're bringing to Skillet having worked at stadiums?
Staffing was a huge part of running the stadium. I think understanding how to get the most out of people, especially running a very large operation. That also takes a toll on you. Doing it for seven years, I was looking to get back to my roots. Brining [to Skillet] those experiences and relationships that I made with local vendors, and the relationships I made with not only culinary staff, but a lot of non-profits we worked with. Some of that is going to come to bare here, but ultimately just deciding I want to get back to my restaurant roots.