Share All sharing options for: The Secret to Cafe Lago's 23 Year Success

Welcome back to Beyond the Buzz, a monthly column dedicated to shining the spotlight on restaurants and bars that are still killing it long after the media buzz has worn off. If you have a nominee, please send it to the tipline.

More than two decades ago, after living the life of a photographer in New York City, Carla Leonardi talked her husband Jordi Viladas into moving to Seattle to open an Italian restaurant called Cafe Lago. "I really loved the idea of starting a wood-fired bakery and he was an excellent chef, so we toyed with the idea of starting something back east and it was way too expensive," says Carla, whose only restaurant experience was that of a breakfast server at Trattoria Mitchelli during her short stay in Seattle back in the 80s. "So, he and I and his mother started the restaurant. He left the restaurant about three years ago, now it's just me running it." Helping her along is pasta chef Justin Keeney, who has been with the restaurant for 19 years, and executive chef David Crutcher.

Here's how they've been able to keep the neighborhood bistro relevant for a whopping 23 years.

How has this place changed since you opened 23 years ago?
It expanded twice. We used to be tiny. We were just one bay of this whole building with, I believe, 26 seats. It was just where the kitchen is now. In 1992, we took the center space and in 1998 we took the entire space, so now we have 103 seats.

How have you managed to maintain such a good reputation?
Number one, the menu is food that we know and love, it's food that we have strong feelings for. Number two, we're very, very consistent. I think because of that, people keep coming back because they know the meatballs are going to taste just like they did 10 years ago, basically. And they're of quality. So I think quality, consistency and a small menu. We've always had a really friendly staff.

Has your menu changed?
Not really. We run more specials now than we used to. And when we opened, we didn't have a charbroiler, so now we usually have a steak on the menu and a chicken or a pork chop or something more protein-oriented, but it used to be just pizza and pasta. As far as the structure of the menu, all of the appetizers, give or take one or two, are the same since the day we opened. As far as the pasta structure, we always have gnocchi, we always have ravioli, we always have lasagne and fettuccine. It's the same. 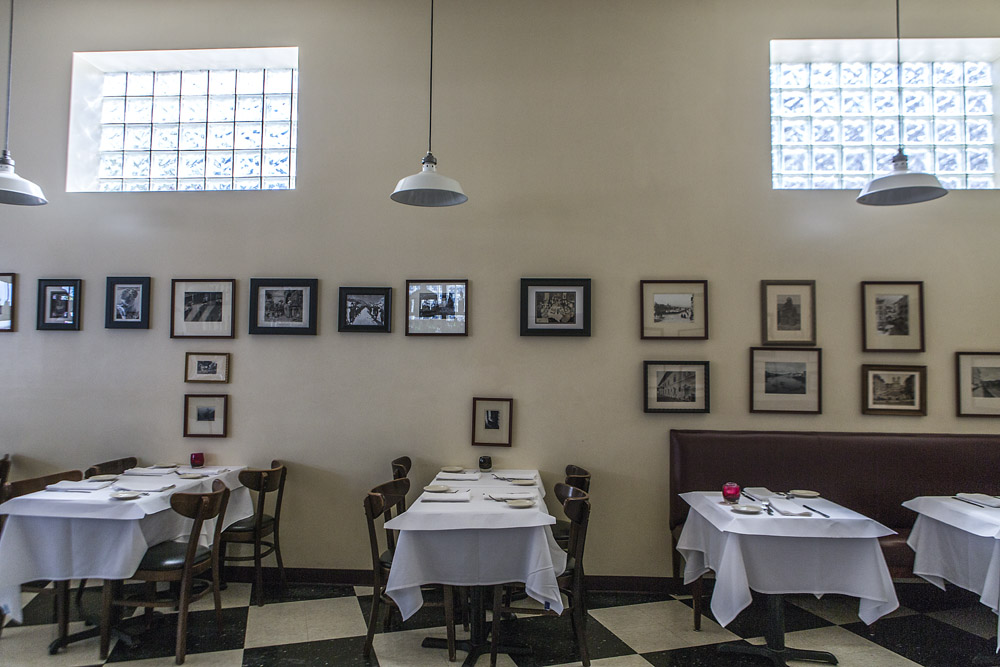 Do you ever adjust your menu according to customer feedback?
Justin Kenney: Usually, we hear from customers when we do change the menu. We just went through this recently. We changed the pasta dough recipe a little bit and we had people letting us know they weren't happy. They felt it was too tough. And they'd been coming here forever and they said, "That's why we come here, because it's unique. It's not like everyone else's and we want it back." We changed it back.

What are some items you will never take off the menu, because if you did, all hell would break loose?
Justin Kenney: The meatballs. The meatballs used to be a special. We ran them once for an extended period of time and then tried to take them off and people said no. The lasagne. The gnocchi used to be a weekend special also. Now, we make them every night. About five years ago we did a beet salad special and it's never left the menu either.

What percentage of your customers would you say have been coming here since day one?
A good 30-percent if not more. I've hired children to work here who came here as infants and now they're 18, 19.

How about the decor. Has it always looked the same in here?
In the last two years I've added more photographs. It used to be a little more sparse. But the decor and the colors are the same. We were really careful when we expanded to keep it consistent. You know, I've often thought about remodeling, but everyone tells me not to touch it. I think if the place was getting worn down, if it was actually in bad shape, that would be a reason. But to do it just for the sake of doing it...it works for me. My aesthetic is kind of sparse.

As a first time restaurant owner, how did you know what you were doing?
The space itself, we wanted a cute building. We knew it had to be one story and brick. When we moved to Seattle before we bought this space, we bought an old house up the street. When this place came for rent, it was perfect. We didn't know what a great location it was. We were a little bit clueless. The actual running of the restaurant, Jordi is a very smart man and kind of figured it out and I learned along with him. 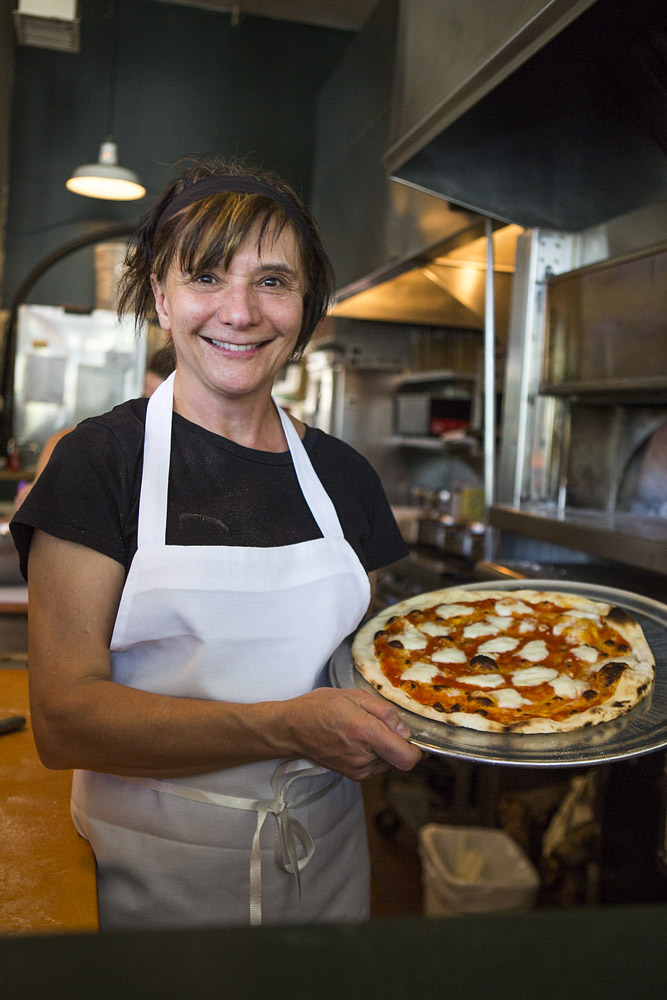 How important is social media to your current success? Has it changed your business at all?
I've had people do Facebook and Twitter for me before, but I'm never really happy with it; they never really capture the spirit of [the restaurant]. It is one more thing to do in your day. I try to make it as fun as I can. I was a photographer, so it's kind of fun to take the pictures and put them up on Facebook. To be honest, I haven't figured Twitter out yet.

Is your goal to keep this place forever?
Yeah.

What is your plan moving forward?
We're becoming more what we're meant to be. I wouldn't say we floundered, but for the past three or four years we survived. Now, this past year or so, between the three of us, we've defined what Lago is. We are making it more of what we feel it should be and it's working with our customers. We wanted to be a neighborhood family Italian restaurant. And for awhile we were a little bit confused. We thought maybe since it's handmade pasta it's precious. We were going towards Spinasse sort of. But it's not really who we are. So, we're bringing it back with things like Sunday suppers and $10 pizza night on Mondays.

How does it affect you when places like Spinasse, Il Corvo and Altura open? Do you ever second-guess yourself?
David Crutcher: Carla being raised in an Italian family and me being raised in an Italian family, we like that families come in, we like people to come in and enjoy food like they've gotten at their grandmother's house — that's what they're eating. They're happy and satisfied. [Those restaurants are] actually a little bit different than we are, so is it apples to apples? I don't think so.

When you notice a dip in business, how do you pull yourself out of it?
We muscle through it. We're more careful about our staffing. We're not buying expensive ingredients. We kind of hunker down, but totally maintain quality and graciousness at the door. Business went down after the recession, but it's slowly building back up.

What's your one piece of advice for restaurants trying to stay relevant?
Look at the business and make sure you're true to yourself like the day you started. And if you're not, fix that.