Share All sharing options for: 11 of Seattle's Most Anticipated Fall Restaurant Openings

Seriously, September? With the end of August quickly approaching (Saturday), fall is just around the corner, marking another windfall of restaurant openings — some of which will miss their expected summer opening mark by an inch.

Eater National already came out with their list of the 40 most anticipated fall openings across America. Now, it's time to get Seattle specific. Here's an alphabetical list of 11 of the city's most eagerly awaited openings, followed by a poll: Which restaurant are you most anticipating? 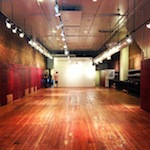 Altstadt: The plan is for Brendan McGill of Hitchcock to bring his new beer and brats concept to Pioneer Square sometime before Oktoberfest is over. Says McGill: "We're calling it Altstadt, which means "old town." The idea is like the Hofbräuhaus in Munich — a hall where you can drink beer and eat brats." The menu will be composed of a handful of items based around platters of sausage, kraut, crispy Belgium frites, crusty bread and housemade mustard.

Aragona: Spinasse's Jason Stratton will be steering his new Four Seasons adjacent restaurant in the direction of Spain. Opening in the former Thoa's space sometime in October, Stratton promises an equally alluring bar, a strong seafood focus, and (finally!) another nice lunch option downtown. Carrie Mashaney will head up the kitchen, while making her debut on the upcoming season of Top Chef.

Barnacle: The new restaurant and bar adjacent to Walrus & the Carpenter is close to being done. Renee Erickson says Barnacle should be ready to open in early September, offering an extensive selection of wines by the glass, house made charcuterie, interesting seafood offerings, delicious tartines, rich cheeses, ice cold beer and old world cocktails.

Brimmer & Heeltap: Partners Jen Doak and former Revel chef Mike Whisenhunt have taken over the old Le Gourmand space and are transforming it into an English pub-inspired neighborhood hangout. Says Doak: "We're describing it as a gastropub, but we both realize there are stereotypes associated with it (comfort food) and we'd like to brighten it up, add a vibrancy not necessarily associated with the term." The two hope to be open before the holidays. 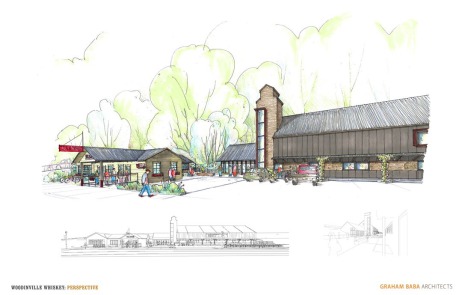 Hollywood Tavern: Josh Henderson hasn't even officially opened Westward yet, and already eyes are on his next project up in Woodinville. Sure, it's not in Seattle proper, but you know folks will be commuting to wine country just to check out Hollywood Tavern. The new project will be an overhaul of the original tavern (formerly Mabel's), which dates back to the 1930s. In addition, Woodinville Whiskey is opening up a huge new distillery on the same grounds. Latest word is that the place is on track for an early October opening.

La Bodega: Chef Manuel "Manu" Alfau has singed a lease for a storefront at 100 Prefontaine Pl. S. to house his current pop-up, La Bodega. The Dominican food store, expected to open sometime this fall, will offer sandwiches, pasteles, empanadas, and other traditional recipes inspired by chef Alfau's childhood meals in the Dominican Republic. Most of La Bodega's menu will be available as takeout to serve the local business community.

Le Petit Cochon: Newcomer Derek Ronspies, who has spent the last year-and-a-half co-cheffing at his brother Dustin's Art of the Table, is now branching out on his own and opening the snout-to-tail, farm-to-table Le Petit Cochon in the former Showa space in Fremont. He's shooting for a September opening. 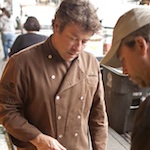 Liam's: Kurt Dammeier of Beecher's, Pasta & Co., Bennett's and Maximus/Minimus is currently in the process of getting his U-Village restaurant off the ground. Liam's will be part of a new five-story parking garage complex. The 48-hundred square foot restaurant will have about 150 seats and a huge bar. Of the menu, Dammeier says: "We'll serve all Northwest wine and our basic food I describe as 'upscale homestyle' — mostly dishes that are familiar or reasonably familiar to a suburban crowd, but made better." He says he expects Liams' to open in early November.

Loulay: Not much is known about Thierry Rautureau's post-Rover's venture, except that it will be somewhere near 6th and Union. He told the Puget Sound Business Journal back in June: "It will be French contemporary in an urban setting. All the nuts and bolts are not together yet." November has been tossed around as a possible opening date.

Miller's Guild: Crush's Jason Wilson is partnering with Portland's top restauranteur, Kurt Huffman, to open a steakhouse in Hotel Max sometime before the holidays. The 3,200 square-foot Miller's Guild will replace Red Fin and will feature a menu largely comprised of food cooked in a game changing wood-fired grill called the Infierno. 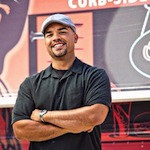 Roux:Matthew Lewis of Where Ya At Matt says his New Orleans-inspired restaurant will open in the old Buckaroo space in Fremont shortly after Labor Day. The space is coming right along. So is the beer. You can expect Roux to be open sometime around mid-September if all goes according to plan.