Introducing The New Guard, a column that explores Seattle's current crop of burgeoning culinary superstars. Know of an up-and-comer? Leave your suggestion in the comments or send it to the tipline. 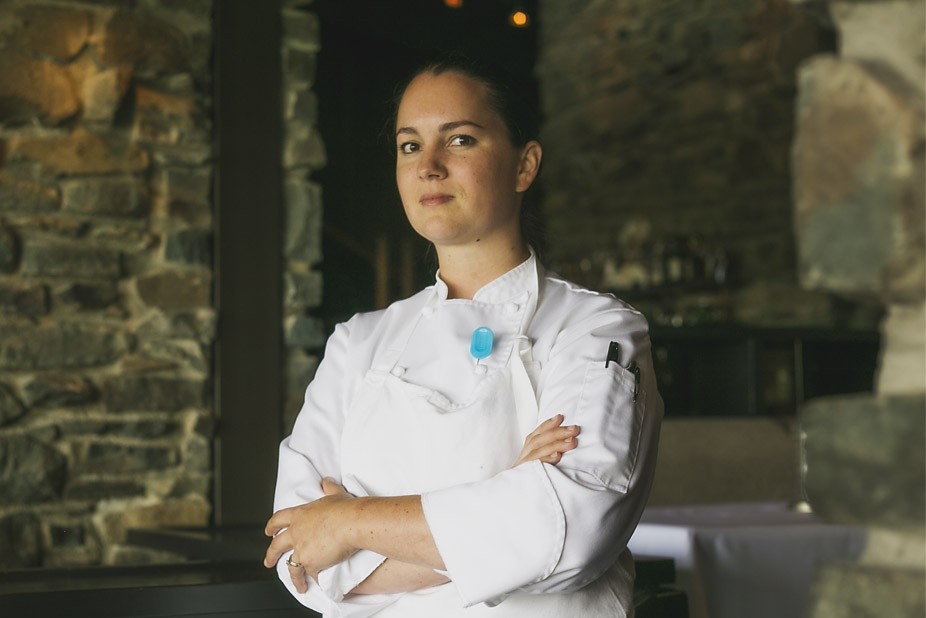 Deborah Taylor spent five years in Manhattan before moving out west early last year to join her old boss, Jason Franey, at Canlis. The two worked together at Eleven Madison Park for the better part of a year before Franey moved to Seattle, only to have his old extern call him up for a job years later (spoiler alert: he hired her).

The 31-year old was born and raised in Florida and moved to New York to attend the CIA where she graduated in 2007. She stayed in the city for another five years pumping up her resume with jobs at Per Se, Dovetail and Hearth. French cuisine is her thing, and "always what I will gravitate towards," she says.

Franey calls her a "focused cook" and "very passionate." And also, "She speaks my kitchen language and technique. Our relationship is based on trust. That's why we work together so well."

Here's a little bit about Deborah, who joins the pastry sous as the only other female sous chef in the Canlis kitchen. 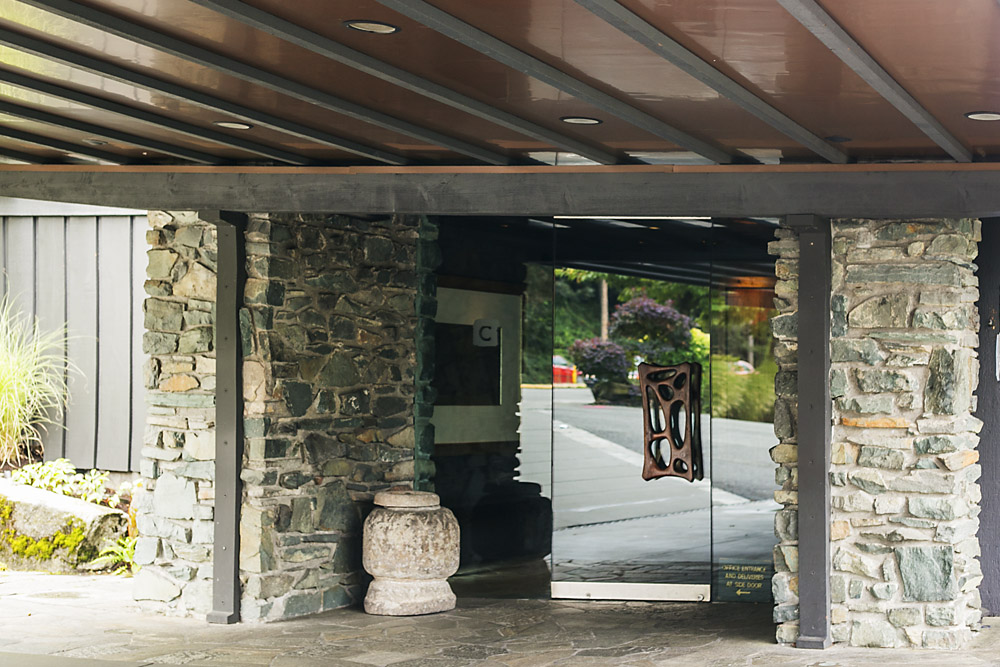 How did you land at Canlis?
My husband's family is from here, so we were looking into maybe making that move. I've always stayed in touch with Jason but I called him and said, "I think I'm moving to Seattle!" and Canlis was a place I wanted to come.

Had you dined at Canlis prior?
Once, when we were visiting Seattle.

What's a typical day in the life of Deborah Taylor?
It's busy. It's busy. I come in and receive all the proteins and make sure everyone's on track. We meet very quickly at around 11:30 am and kind of touch base with all the other sous chefs to see where we're at for the day, what projects we need to get done and then we kind of break off and start doing our tasks. My job is to kind of make sure everyone is on track, doing all the projects that need to be done and that things are being done properly. And then checking the line at 5 o'clock and tasting all the food and then service. When Chef is here, I work on the hot line, helping expedite. At the end of the night, we do the ordering. It's hard sometimes, you know, because you do have to cook, but there's also so many other things, like writing recipes; we write all of our recipes in a certain format on the computer and they're all cataloged and they're all organized — those are the things you have to do. And talking to purveyors and ordering equipment for the restaurant and when things break, calling people out. So, it's very busy. 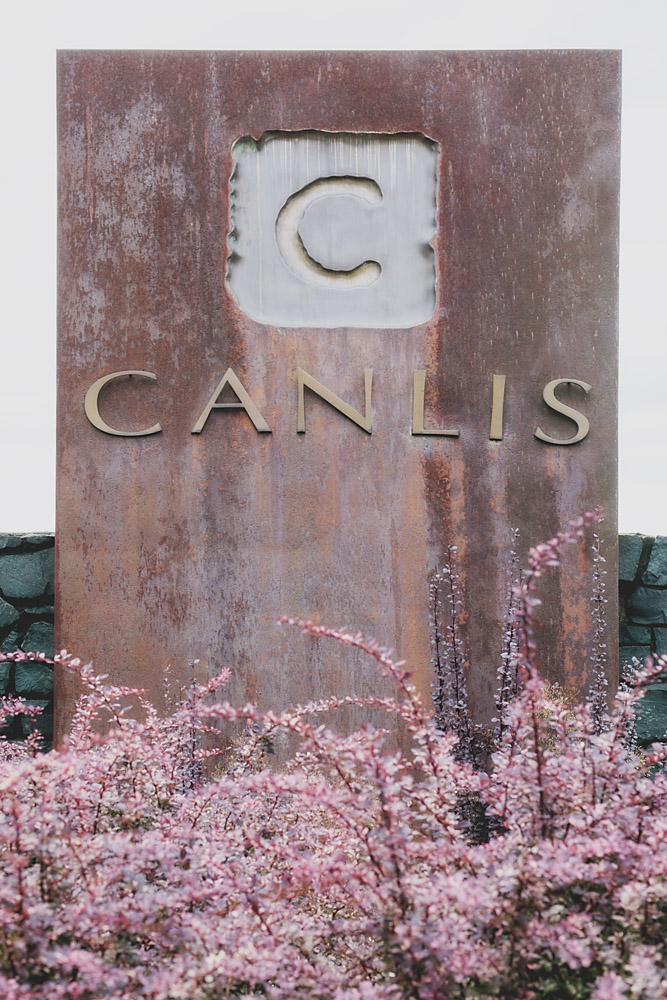 What would you say are some of the personality requirements of being the Executive Sous at Canlis?
I think you need to be focused and organized — organization is key. If you're not clear about the directions you give people, it's very hard for them to do it. We have so many things we need to get done everyday and I can't touch every single thing, so being able to delegate properly is very important. And that's one of the biggest things I think there is for a sous chef of a big team to learn — delegation.

What's the biggest difference between working in NYC and Seattle?
I think the biggest difference is [in NYC] you have a lot bigger pool to pull from when it comes to the number of cooks out there. And the amount of exposure people have had, as far as their knowledge of the restaurant world in general. But it's changing. Even in the last year I've been here I've seen the quality of the cooks and the knowledge and the education they have improve.

I think culinary schools in general need to be better at informing their students that you need to work in the industry for a solid five years as a line cook before you have the proper experience to become a sous chef. There's an experience you can't learn in school in this industry and a sense of maturity that is required to be a good sous chef. The first time I met Jason he hired me as an extern at EMP and that pays off, putting your head down and working; doing all those things, so many years later here I am now. It's important to go through all those steps in your career. I think I'm more well-rounded because of it.

How is your relationship with Franey different now than when you first met?
Now, we're a lot closer because he relies on me, he trusts me to run the kitchen when he's not here. When we first met, I was just an extern. Now, I feel like he puts a lot of trust on me to make sure things are smooth here in his absence. It's a huge responsibility. I feel like our relationship has grown a lot. 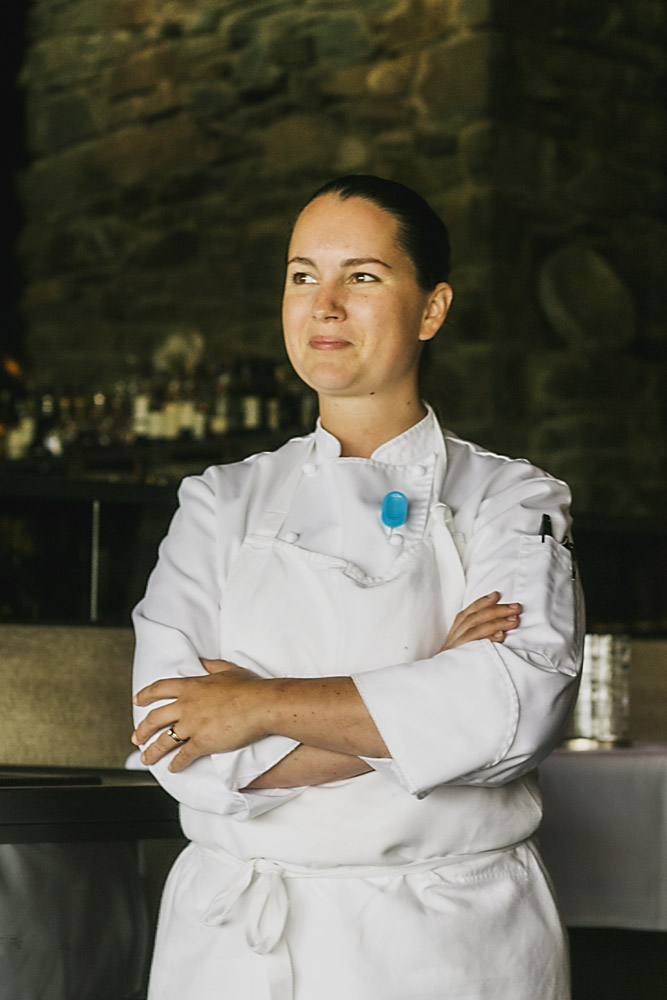 Do you think Seattle would support another fine dining restaurant?
Something I think about a lot as far as what Seattle wants or what the diners of Seattle want...how would it be supported. I was talking to Mark [Canlis] about this recently, if something like Brooklyn Fare opened up here, would Seattle support in. With Brooklyn Fare it's only 20 seats, two seatings a night, 40 covers, it's a tasting menu only. There's really nowhere here that, other than maybe Willows Inn which is so removed from the city, that has that kind of format and I wonder how long it's going to be before something like that is able to come about.

What do you think it will take before that way of dining is successful here?
I'm not sure. I see it more and more. I feel like the tasting menu here has gone up considerably, as far as the amount that we sell, so we're moving in that direction. It's interesting to see, because there's people out there who want to have that experience. I just think it takes someone having the vision and doing it and finding the right location and finding the right concept. But I feel like within the next five years, someone will do it. I think.

What places do you gravitate towards on your days off?
I live in Ballard, so I tend to go to Ballard a lot. I love Staple & Fancy, it's probably my favorite of Ethan's restaurants. I think Stoneburner is great. On my days off, it's usually my husband and I going and grabbing a bite and some snacks and those places are great for that.

Do you envision having your own restaurant someday?
That's the dream. My husband is in the industry as well (currently, front of the house at Tilth; will be moving to Aragona when it opens). He and I talk about doing something together. If the right opportunity came along, absolutely that's something I'd want to do. That's the end goal.