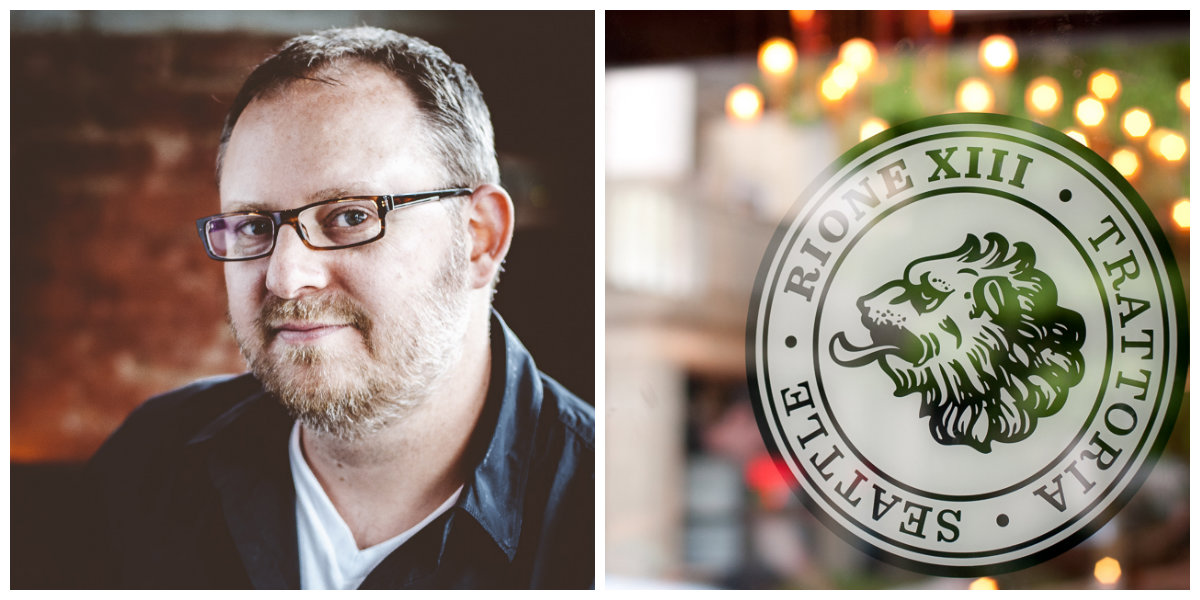 Rione XIII, Ethan Stowell's Roman-style trattoria, celebrated its first birthday on August 21. A few things have changed since it debuted on Capitol Hill, including news that owner Ethan Stowell will be adding a new restaurant (called "mkt.") to his company's roster this fall. But chef Brandon Kirksey, who Stowell plucked from Tavolata, is still in charge of the kitchen and Stowell himself is still very much involved in building a successful eatery for the neighborhood.

In this installment of One Year In, Stowell talks about some of the hiccups, the successes and the products Rione goes through a mind-blowing amount of.

After a year, has Rione XIII become what you hoped it would?
I think when we first started off, the idea was to put in a restaurant up here and have a neighbor (Wandering Goose). I think that worked out well. I think we both do pretty well here, so I think that's good. I think the idea, the concept, has been pretty consistent. I think the neighborhood has been really supportive of it. The place is busy pretty much every night, which is nice. I can't complain. I will say when we first opened up it was a little bit rough, not because of the restaurant, but because [my wife and I] were having a baby at the same time — he was born a month after this place opened — so I was kind of torn between the two. When we have another kid, I will not schedule a restaurant opening around the same time because I didn't get to dedicate as much time to [my wife] Angela and [son] Adrian as I would have liked or the restaurant that I would have liked.

Any unforeseen hiccups this past year? Things you thought would work that didn't?
Constraints of the space, for sure. Our original thing is that we wanted to do those rolling antipasto carts. I wanted to have service staff doing more table-side service, but there's just no room. One thing we tried that just didn't work was lunch. I think the expectations of speed and time is tough to get through. And people definitely don't want to sit down and have an hour and a half lunch; a lot of people don't have that time to spare. I tiptoed into it and we backed away from it so quick just because I realized we don't want to be the place to have lunch. It's hard on the staff, it's hard to do and assure quality for both [seatings] because you have two different teams - the day crew and the pm crew - prepping throughout the whole thing. When it's all said and done there are certain things you do for quality of life, like, "Let's allow everyone to have a better time at work." We stopped lunch here and Ballard Pizza Co. at the same time because we realized we're just not a lunch company. We need to build our model around what we like to do. 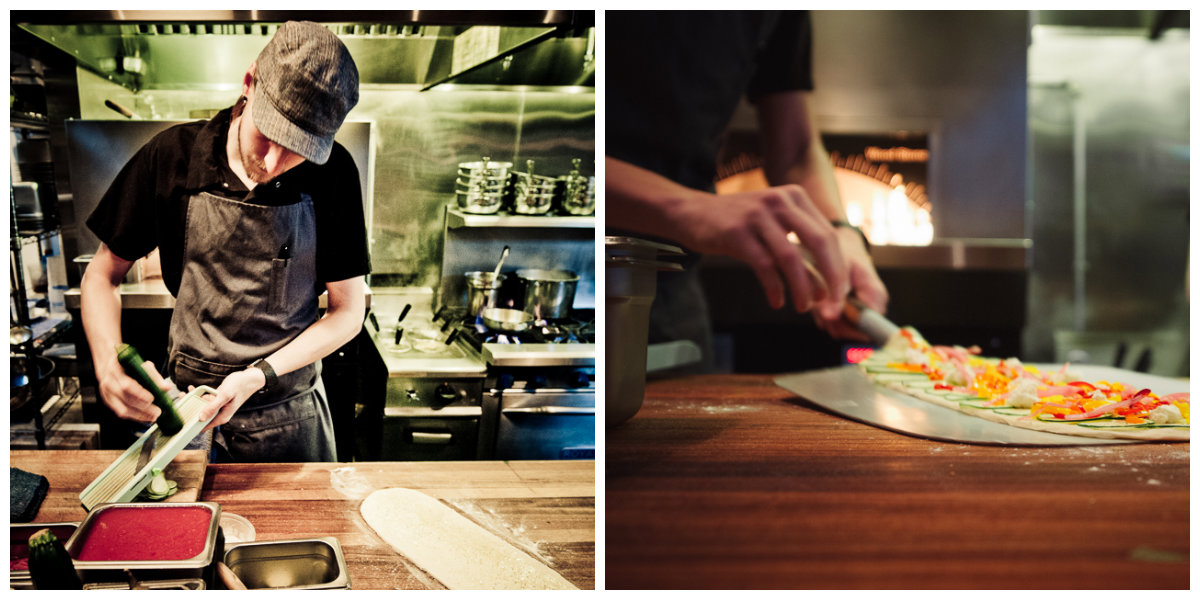 How much do you go through?
It's something like 50 pounds a week or something ridiculous like that. The amount of guanciale and the amount of baby artichokes. We're keeping the artichoke people in business.

With A&O down the street, is there anything different about being down at this end?
I would say this one draws more Capitol Hill area and Anchovies & Olives tends to draw more from Madison Park.

How has the menu changed?
It was more along the lines of taking the dishes we had and trying to figure out how we could get the best response from them. So, it wasn't about changing a dish itself, we just made some tweaks to how we prepared or presented it.

Any clear bestsellers since day one?
Definitely, a lot of people like the selection of antipasti. The arancini and the artichokes are best sellers. And the bucatini and carbonara. 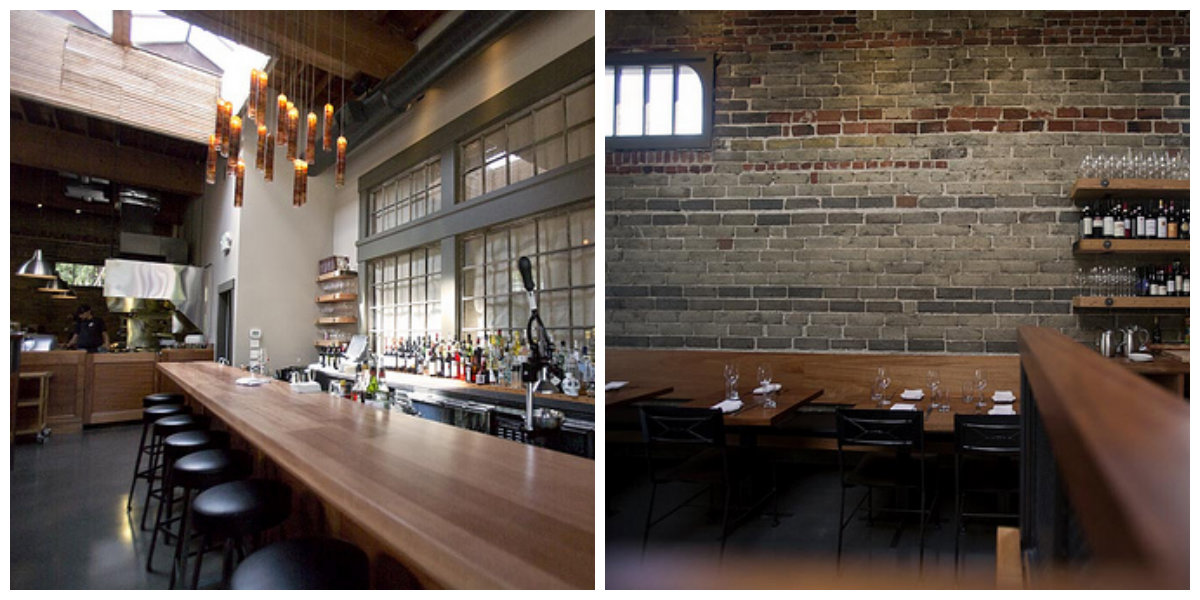 Anything you took off because it wasn't working?
Nope. We started cutting our pizzas, does that count?

What still keeps you excited about this place?
I like the space. I like the food. I think Kirskey is exciting. The thing about this restaurant is that I feel like it was something we built for the neighborhood. We actually came in, fixed the building. It wasn't just a remodel, it was a re-do. We made it a functioning building.

Anything you're going to be changing moving forward?
We just redid the outside patio a few weeks ago. We did a share patio with the Wandering Goose. During the day they can use the whole patio and at night, we get to. That's the kind of synergy you have when you have good neighbors.

How do you keep your chefs happy for a year?
Giving them the freedom to do things. Trusting them. Treating them like an adult, like a professional, and as long as they behave like one, things go well. Kirksey has now been with [Ethan Stowell Restaurants] for about 6 years.

What do most people not realize about a new business?
People go to a new place right off the bat and check it out and determine if it's good or not at that time. In all honesty, a restaurant is probably better a year after being open than it is a month after opening.

Once you aren't that new restaurant anymore, how do you maintain your popularity?
Be nice to people and serve decent food. Don't rip them off. Be consistent. A lot of people have a hard time with that concept. 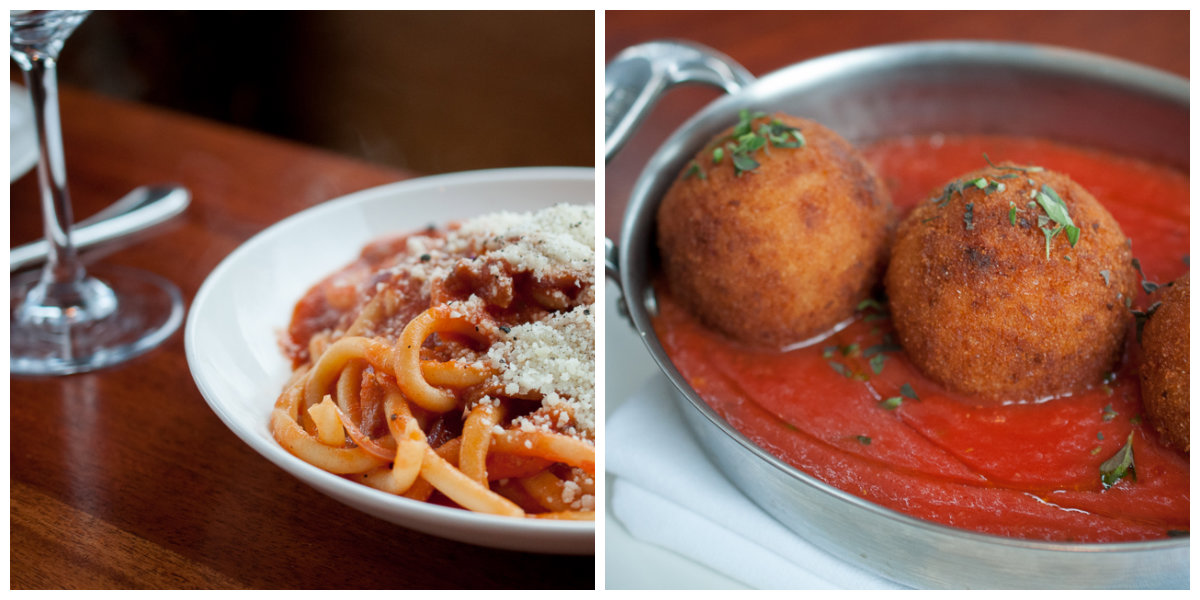 Does the whole process get easier with each new restaurant you open? Is there a formula?
Everybody has their roles, everyone knows how to spring into action on certain things. But you definitely feel screwed sometimes. Like today, we lost our kitchen equipment for the new place. The shipping company lost our stove and our fryer!

What do you mean they lost it?
They're like, "It made it to Portland and we don't know what happened to it from there." Our fire inspection is tomorrow. I don't think we're going to pass.

Has the process of running a restaurant gotten less stressful?
Big deals become smaller deals. Like the lost stove. It will all get done. And yeah, it's annoying that we have to call the fire department and say, "You gotta come next week," and that may push the opening back a few days, but it's all going to get figured out because it has to.
· All One Year In Coverage [~ESEA~]
· Ethan Stowell Restaurants [Official Site]
· Ethan Stowell to Open 'mkt.' in Tangletown [~ESEA~]