Checking In with Mike Easton One Year After Il Corvo 2.0

Share All sharing options for: Checking In with Mike Easton One Year After Il Corvo 2.0 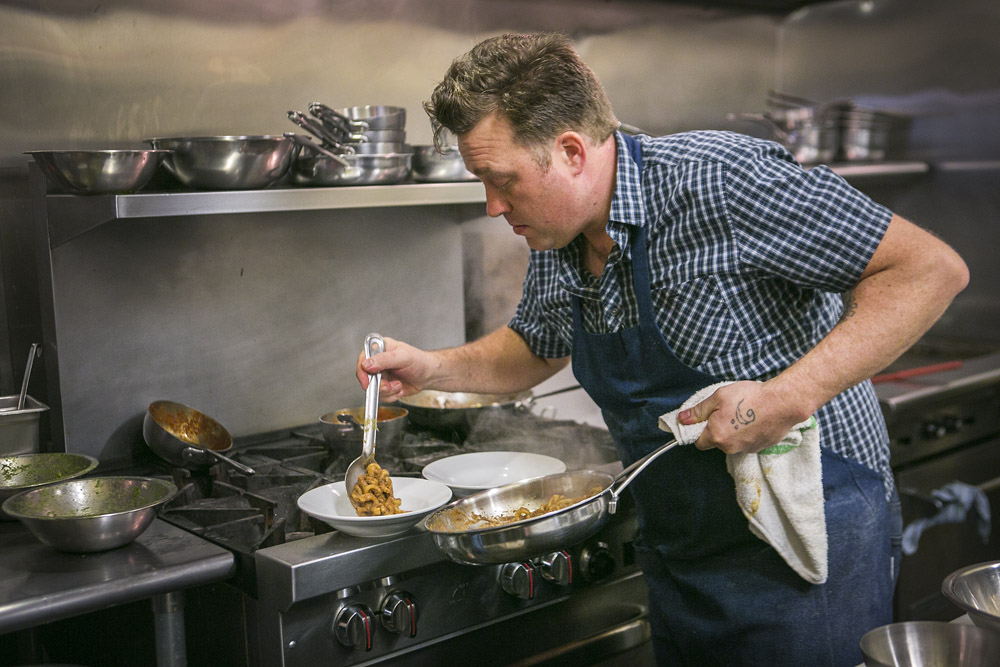 He called the Pike Street Hill Climb home for more than a year, wowing lunch-goers with his handmade pastas inside Procopio Gelato for a pop-up called Il Corvo. And then something wonderful happened: he moved into a larger space in Pioneer Square. Suddenly, the idea of eating fresh pastas at a real, not-sardine-can restaurant blew the minds of many.

On January 7, Mike Easton celebrated the one-year anniversary of his move, regaling in the memory that on the very same day back in 2012, he made the exact same number of pastas as he did on his busiest day on the Hill Climb: 174.

Today, it's even busier, and thankfully for everyone, Easton has a few rules of etiquette for those who don't "get" how Il Corvo works in order to make 2014 one of heightened manners.

How has your life changed this past year?
I'll be honest, work-wise it really hasn't changed at all. I'm working just about the same hours I was when we were a pop-up. It's all happened so quickly that it really just feels like the first months of getting open. The business has gotten busier every single month we've been open. I guess I have a little bit more time. We're busy enough where I can afford just enough staff — like, right now I don't have to be there. I was there from 6:30 am to 11 am to get the menus set, but once the doors are open, all the work is done and I can pop out. So, that's a big change. 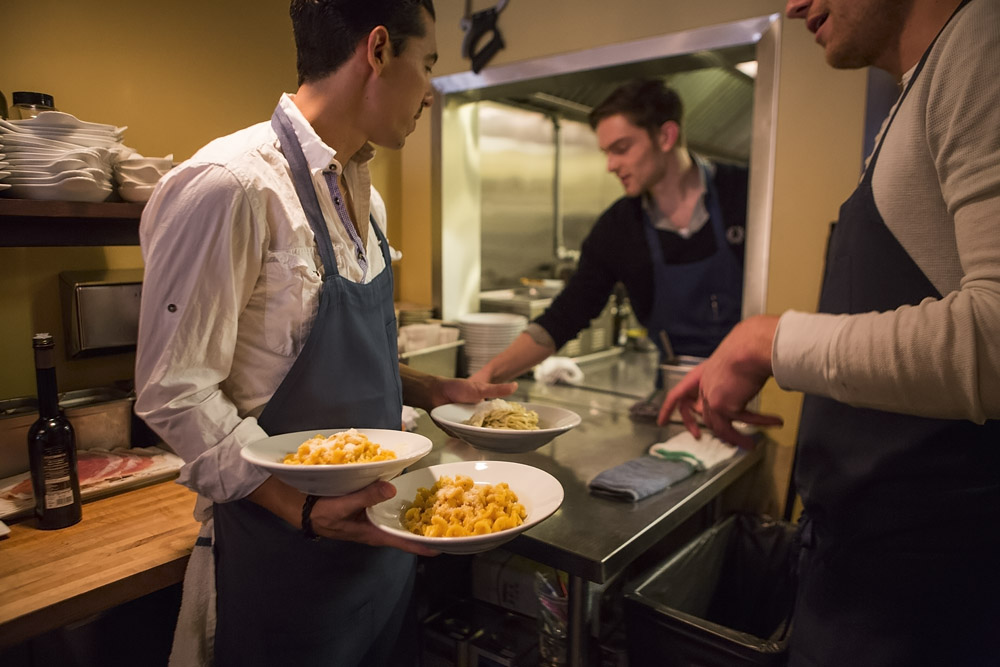 Is it just you and a couple other people back there?
We've got a full crew: myself, my wife (Victoria) and five employees.

Is there anything you intended to do with Il Corvo when you moved that you nixed?
Absolutely. We opened up with all of our big boasts of Saturday night family-style dinners and I did one or two of them and quickly lunch business became so busy that ... we basically just realized that we didn't need to. Originally, we were really worried about going from a tiny operation to having our own space and suddenly, rent is four-times what I was paying to run my pop-up. We were a little panicked about making ends meet, so I figured I'd have to do extra stuff, private dinners and things, just to keep this place afloat. Lunch got so busy that we realized we can live comfortably and keep the place afloat without me having to give up my weekends and bust my ass. My time is way more important to me than the extra money I'd make in a month. We still have people calling about Saturday night dinners, but I'd just rather have my weekends. 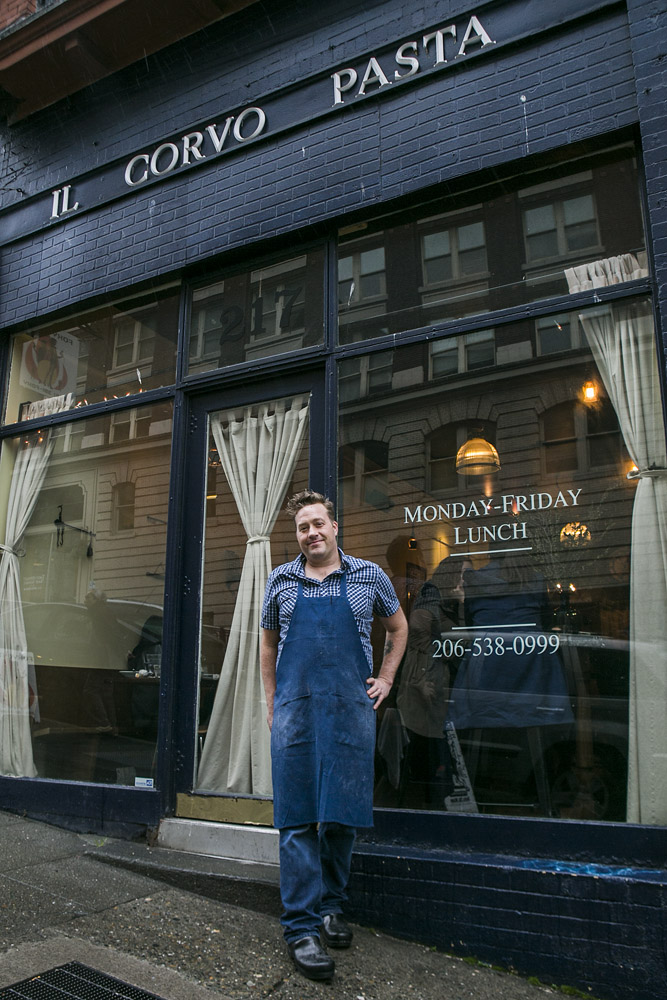 What were some of the unforeseen aspects of moving into this space?
How busy it got.

Because it's twice as big?
Funny thing is, it only has a few more seats. The other place was really sardine can packed-in and a little different layout. This one really isn't much bigger, it only has six more seats.

The unforeseen thing was really keeping up with demand. I think the first six months we were open, each week we were realizing we had to make more pasta. We used to be totally fine with just running out of pasta, like, "Hey, this is all we could make today. We're sold out. Goodbye. Thank you very much. Sorry. Maybe we'll see you again tomorrow," but it was also myself and one other guy and that was it. Now, we have a full crew. Before, it was one or two people who'd show up when we were out of pasta and they'd be bummed out. Now, it's like 25 people, so we realized we gotta make a lot more pasta!

Figuring out how to ramp up production and keep the quality there. That's the big thing that I was always afraid of: Can we do 280 pastas and still have the quality 100-percent as when we were doing 40 pastas? I feel like we've done that the best we can.

Do you get a lot of complainers who hate waiting in line?
Oh, yeah. They complain about everything. This is Seattle!

A lot of people just don't get it. In fact, I made vinyl stickers for the door that actually have the Il Corvo etiquette, because a lot of people just don't get it. The biggest complaint at Il Corvo is ... people who get it, walk in line and they wait in line patiently and they get to the front to order their pasta. They've ordered their pasta, they have their wine and they turn around to find a seat and somebody who just walked in the door throws three coats down and takes a four-top table, even though they're about to stand in line for 25 minutes. Basically, that table, someone could have already sat there, eaten and left before the person who claimed that table sat down. And so that's kind of our biggest complaint, which is why I posted the rules. People just don't get it. 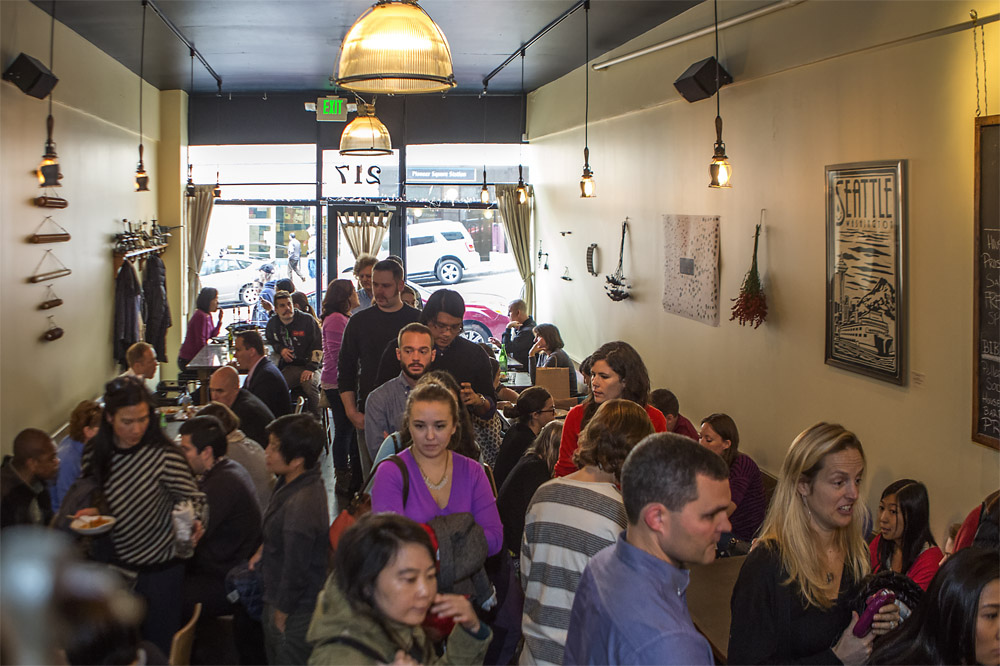 We never created Il Corvo to be for everybody, and so there's a bunch of people who come in and they're just like, "Oh, I have to go order my food and grab my own silverware? Forget it. This place sucks!" I'm fine with that. Good riddance. If you can't appreciate what it is and what it does, I'm totally fine with you not coming in.

What's the best time to come to Il Corvo if you want a seat? Is there one?
(Groans). Every time I answer this question, that day quickly becomes the new Friday. For a while, I used to tell people to come in on Mondays and right now, Mondays are almost as busy as Fridays. So, we're gonna go with Tuesday. Tuesday at 11 am.

How has the surge of new restaurants opening in Pioneer Square affected Il Corvo?
Luckily, we have a lot of fans in the industry and I'm a fan of everyone in the industry around here, so we definitely send people to other places. We absolutely have people come in who just ate at Bar Sajor days before and their server said, "You gotta try the pasta place!" And when I can, I tell my customers to go check out La Bodega and see what Manu is doing. We're all in Pioneer Square together right now, we all took the chance, built our restaurants, and want to see this neighborhood turn around, so I think we all have that communal feeling and want for everyone to do well. 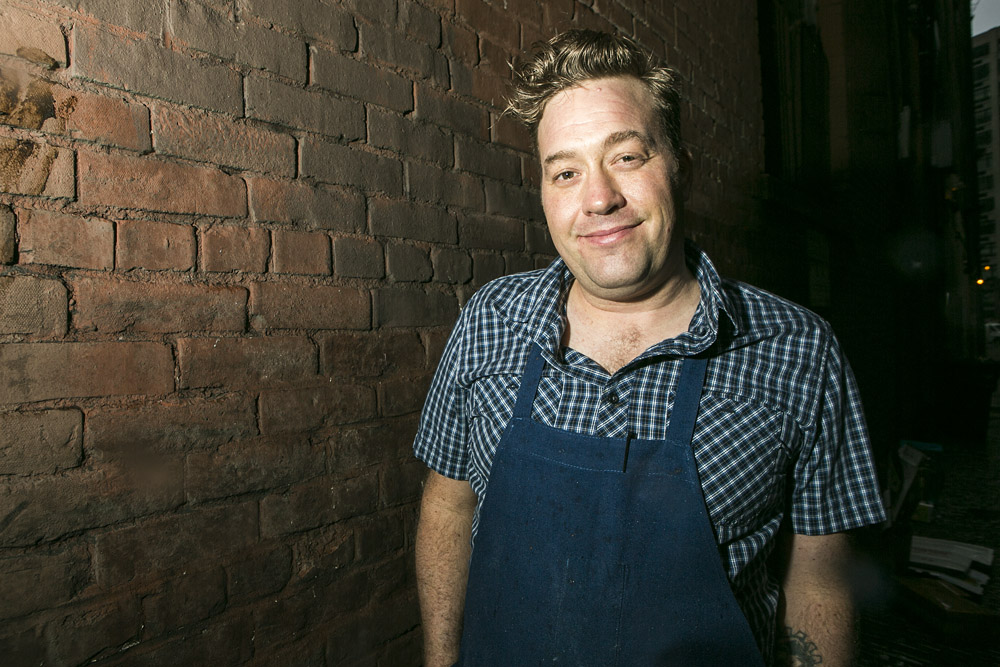 What are your goals for 2014?
The goals for this year are to get the pizza place open and ... I swear, I have so many ideas and goals right now. I'd like to start back up on my amaro distillery project. I'd really like to get that off the ground. We still have a couple of liters from our original batch, and when I pour it for people, they love it.

I don't know. I want to get these two businesses in order and get them both to a point where ... I'm never going to be hands-off at either, but I want to be able to come in, give [my crew] some menu direction, do a quality check and free myself up for thinking about other projects.
· Il Corvo [Official Site]
· All Il Corvo Coverage [~ESEA~]
· All Mike Easton Coverage [~ESEA~]