Share All sharing options for: Linda Derschang Talks About the Bar Business on Linda's 20th Anniversary 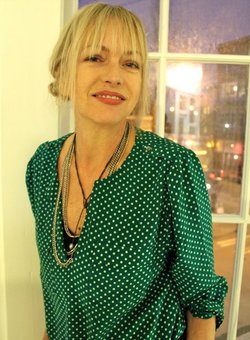 Linda's Tavern is throwing a party for its 20th anniversary this very night. When Linda Derschang launched her Capitol Hill watering hole with partners (and Sub Pop founders) Bruce Pavitt and Jonathan Poneman back in 1994, Boyz II Men songs were on heavy rotation on pop radio, the media was saturated with images of Nancy Kerrigan and Tonya Harding, and flannel-clad Seattle was the coolest place on planet earth. The later remains, thanks in part to Derschang's slew of establishments, including recent additions Bait Shop and Tallulah's. Eater spoke with Derschang about future plans, her advice for the new guard, and getting the job done.

Do you clock in as many hours now as you did back when Linda's opened its doors?
I definitely clock in as many hours now as in 1994. Even though I'm not behind the bar at Linda's pouring pitchers of Olympia these days, running six businesses takes a bit of time. I'm not sure there is anything you could call typical about my work week except attending meetings and answering lots of emails. Some weeks involve more financial work and some are more creative. Luckily I like both.

What advice can you give folks starting out in the restaurant/bar industry?
Try to work as many different jobs in the industry as you can to really learn the business. It is very important to understand the level of passion and commitment that it takes to succeed.

Do you have plans to launch any new projects in 2014 in Capitol Hill, or in a different neighborhood?
Not at the moment. 2013 was a very busy year with the opening of Tallulah's. Right now, the size of the company feels right to me. I would definitely open something outside of Capitol Hill as long as it seemed like the right concept for the particular neighborhood— something that would be welcomed by the community.

Would you do it all again?
Yes. The main reason I started my first business in 1984 was that I didn't want to have a boss. 30 years later, I still don't.
· Linda's Tavern [Official Site]
· All Linda Derschang Coverage [~ESEA~]
Photo: Linda Derschang