One Year In, the Kedai Makan Crew Hightailed it to Malaysia for Some Inspiration

Share All sharing options for: One Year In, the Kedai Makan Crew Hightailed it to Malaysia for Some Inspiration 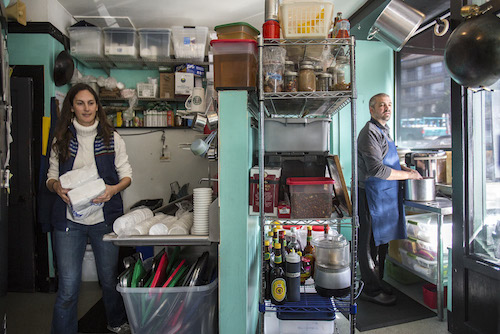 The past few years have been a whirlwind for Kedai Mekan's Kevin Burzell and Alysson Wilson. Seattleites have been going wild for the couple's Malaysian food since they started working the farmers market circuit in 2012. The momentum kept up through the 2013 opening of their walk-up brick-and-mortar in the former Tacos Gringos space in Capitol Hill. And as the lines outside Kedai Makan's Olive Way storefront attest, it hasn't stopped.

But a year after launching, Burzell and Wilson decided to close the kitchen and fly their former sous chef and two other cooks to Malaysia as a thank you. After a three week food tour, Burzell, Wilson, and crew returned on February 5 with stories, pictures, and new ideas. Eater talked to the pair about takeaways from their trip and what's next.

It's uncommon for restaurant owners, especially when they're first starting out, to close up shop and fly kitchen staff overseas for a holiday.
Wilson: We were going to go last year. We bought tickets and everything, and then this space happened so we obviously couldn't do it at that time. We knew that we wanted to learn more and wanted to go back, but probably more important than that we needed a vacation after a really rough year. It was good year, but we definitely needed some inspiration and some time away. 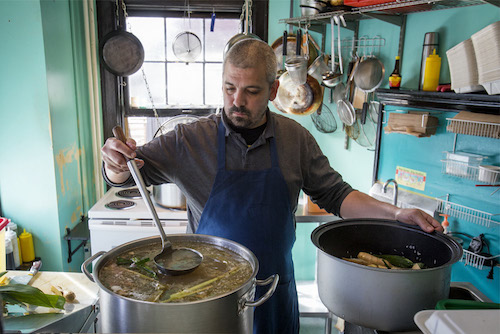 Burzell: These are people who helped us from the beginning, and everyone had to work really hard. In such a small space there's nowhere to hide. It was a thank you and also in hopes that they benefit from eating the food and learning some of the culture. They have new ideas, and more passion for the food as well.

You've been to Malaysia before and have spent a couple years total backpacking around Asia. Why was it important to go back?
Burzell: We weren't raised eating Malaysian food everyday so it's important to go back and taste things. Your palate changes and you have to get back in touch with the food.

Did you see a lot of the country?
Wilson: We just did Kuala Lumpur the capital and Penang, the food city up north. Some other staff ventured out, but we camped out in our spots and really ate. There were a few places in Penang that we loved the first time and we were like 'we've got to go back and have that.'

And were the dishes you tried for the second time as good as you remembered?
Wilson: As a general rule, yeah.

Burzell: The same places that we remembered really were good.

Were you ready to come back?
Burzell: I was not ready.
Wilson: That's not 100% true. We did feel like we could have had more time. But we were like 'we have to go back.' Three weeks was a good amount of time to do those cities. 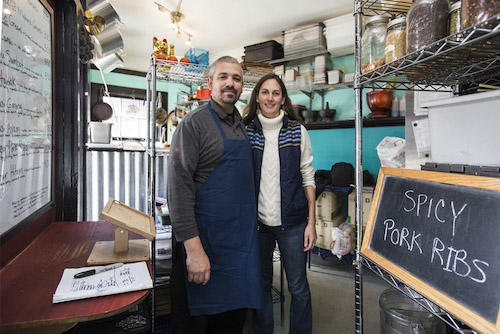 Would you say you returned home with any big takeaways?
Burzell: For us deciding to do Malaysian food is not 'let's take one more trip and we'll call it good.' We hope to go once a year. Not being raised Malaysian or being fed the food when we were young means we have a big commitment to learn, and keep learning. It's a lifetime of learning and not just one trip.

The dedication that certain stalls have to their one dish is very humbling and very inspiring. There is this old guy in Penang that runs one of the few stalls that still cooks with an open fire. He has a wok in one hand and he fans the flame with the other and he makes this noodle dish. And it's a 45 minute wait for a little push cart.

Wilson: He's been doing it for a long time, for like 40 years.

Burzell: A lot of people think he's retired. No one wants to do it like that anymore, it's the old school way. But to see stalls in Penang that have been there for 30 or 40 years and to eat some of that food is really incredible. A lot of that is dying out.

Wilson: There's not a whole lot of money in being a hawker. When he's gone, he's gone.

Care to talk about any future plans?
Wilson: No immediate plans. A lot of people have been coming up since we've got back. They saw our pictures and are asking 'when are you going to do this dish?' Our mindset was not to go to Malaysia and start doing new dishes. We obviously have a very small kitchen, we can't do a lot of things. We don't have hoods. So if we're lucky enough to make it beyond this space and have a proper restaurant then we have all kinds of ideas from things that inspire us. We do want a bigger space and I don't know how close we are to that right now. But we would definitely love for people to be able to sit down and have a drink.

Burzell: I would love a real wok. We've done really well with what we have. But if we just have a semi-equipped kitchen I think it could be phenomenal. We've really learned a lot working in this space. 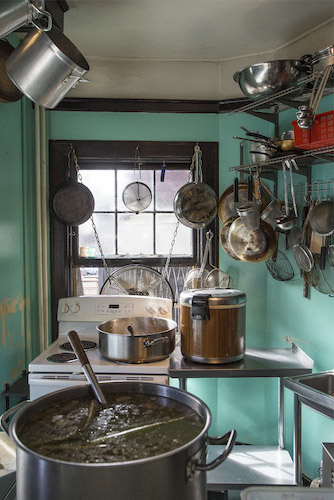