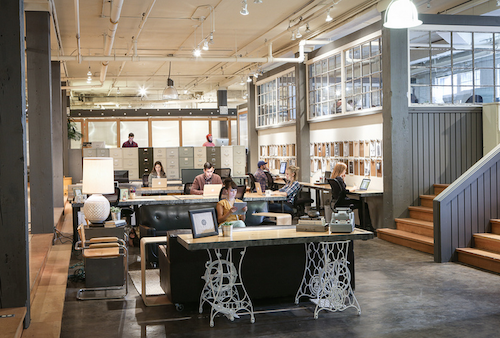 SEATTLE— We dissected the Higley 1000, a list that uses information from the Census Bureau's American Community Survey 2006-2010 to rank the nation's most affluent neighborhoods according to mean household income. We found out what the ten richest neighborhoods in and around Seattle were. No surprise, lots of Mercer Island as well as Medina, Clyde Hill and Broadmoor.

SOUTH LAKE UNION— Almost 2,000 new residential units are coming to South Lake Union courtesy of Onni Group. Plans submitted to the city for 1120 John St., the home of the historic Seattle Times Building, call for one 24-story building with 860 residential units, while plans next door at 1120 Denny Way plans call for a 40-story, 1,085 residential unit building.

SEATTLE— Plenty of people are working, but how many people are coworking? A lot, apparently, especially in Seattle. We made a handy map of coworking spaces all across Seattle. It's not just for digital media folks, there are plenty of spaces for woodworkers, engineers, lawyers, designers and whatever else you might be doing.
[Photo: Makers]