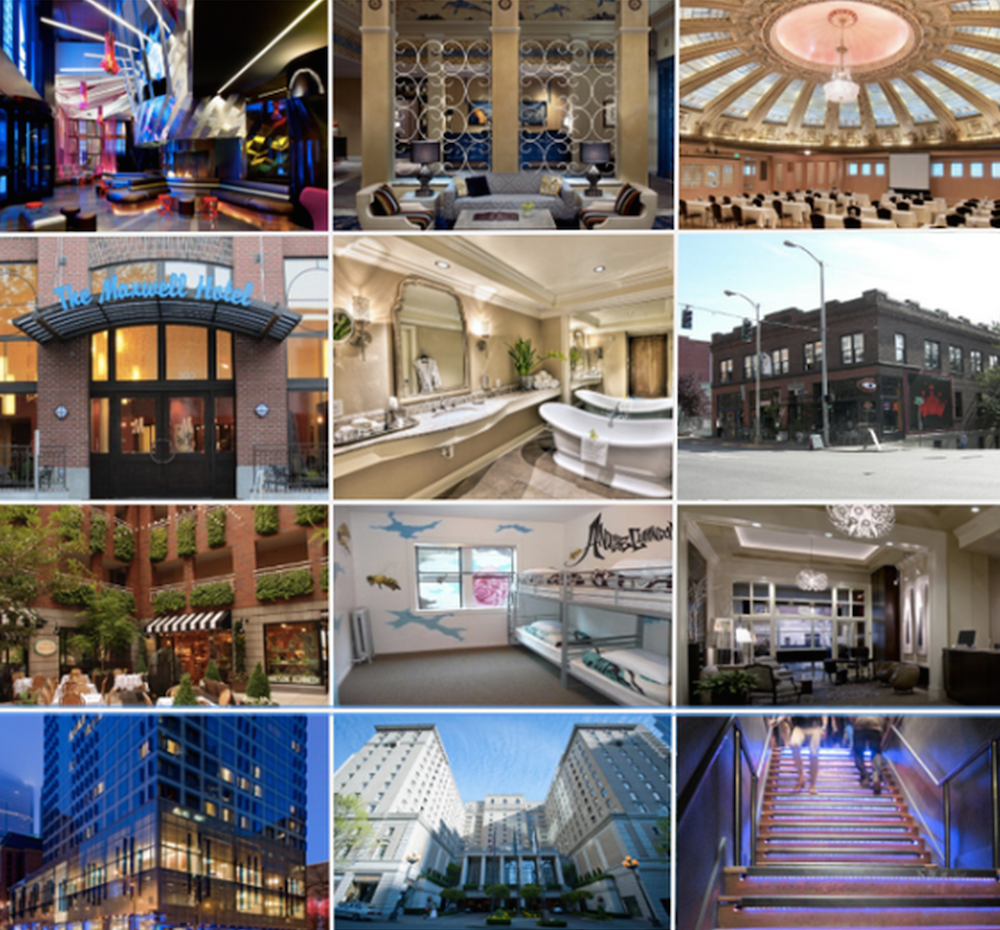 SEATTLE— It's Hotels Week over at Curbed and that means we had to updated our 18 Essential Seattle Hotels list. Basically, if the question was, "Which hotel should I stay at?," these are the hotels, hostels and inns that are most likely to be answered.

DOWNTOWN— Developer Urban Visions has its sights set on building the new tallest building in Seattle at Second & Marion. While they're still deciding how to go about it, architectural firm Gensler presented their initial idea for what it might look like. Spoiler: It looks really tall.

SEATTLE— In July, we heard that five new parklets would join the three already in Capitol Hill, Belltown, and ID. We got good news when we found out not only where the new parklets would be, but that there will in fact be ten of them. We put together a handy map to find the nearest one to you.