Parchment's Laura Pyles on Blitzkrieg Baking for her Ballard Pop-Up

Share All sharing options for: Parchment's Laura Pyles on Blitzkrieg Baking for her Ballard Pop-Up

Welcome to Up-and-Comers, a new monthly column from Megan Hill dedicated to the rising stars of Seattle's food and drink scene. 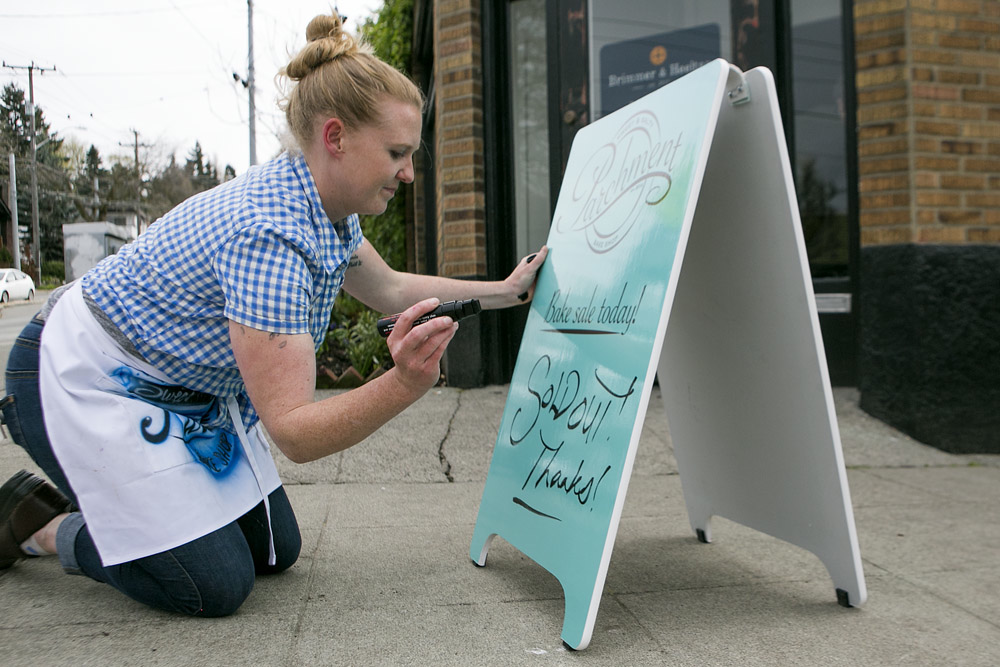 Pastry chef Laura Pyles made a name for herself baking at an impressive line-up of restaurants including Revel, Joule, Book Bindery, and Bastille. She also nabbed last year's People's Best New Pastry Chef for the West Region from Food & Wine. Pyles departed restaurant kitchens to join forces with Josh Henderson's Huxley Wallace Collective, then plans for their joint project fell through. But the Woodinville native is back with a vengeance, drawing crowds with her new bakery pop-up, Parchment. Eater caught up with her in between preparations for her second pop-up this Sunday at Ballard's Brimmer & Heeltap.

Why didn't the brick-and-mortar Parchment project with Huxley Wallace Collective pan out?
I can tell you from my perspective, which I think I probably only know a portion of the story. I was laid off right before Christmas; they said the financing didn't come through for the project. And last time I passed by the building the for-lease sign was still up. So that's as much as I know and I have only exchanged maybe one email with Josh Henderson since then. I don't really know the whole story on that one.

There was a lot of buzz about that and it must have been disappointing when it fell through. Did you have to scramble to figure out your next move?
Oh yeah, it was devastating. I went through a period where I thought about trying to get investors and trying to open up my own space. And then I went through a period of like, 'Do I even want to bake any more, what am I doing with my life,' sort of thing. I bottomed out pretty hard. It was like everything was coming together so perfectly and it was the most perfect job for me and I just put so much of myself into it. I had been hired by them, I think it was last April, so I had been in it already for a long time and there was so much anticipation built up towards it. 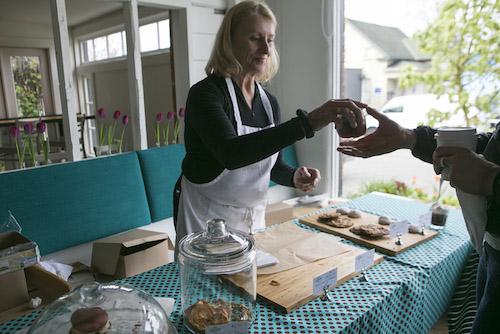 How did the idea for the Parchment pop-up hatch?
I was a little bit lost and I started teaching classes—and I still do—down at Culinary Essentials in Ballard. And then Mike Whisenhunt opened up Brimmer & Heeltap and I thought maybe we should just give this bake sale idea a try because the space is there and they're not using it. So I just went in and talked to him and he was totally down. It's finally panned out after a few months of being a little lost.

So why choose the pop-up route over a pastry position in an established restaurant? That seems like a much more risky move.
I had a lot of time to do some soul searching over Christmas and the beginning of the year. And I was offered a couple of really great jobs in town and I just honestly had to sit down and think about what I really wanted to do with my life. My fiancé owns his own business too and we kind of talked it through. It was a now or never thing. I thought that I would try to make it work now and if it doesn't work I can always fall back on going back to a restaurant but if I don't try it now I might never.

You sold out in the first two hours of your first pop-up. Was that attributed to a higher than predicted turnout, or did you just not want to overbake?
We're not open the next day to sell what we made the day before, so it was a little bit of trying to be careful and then a little bit of kind of getting the hang of doing an overnight, full-on blitzkrieg bake all by myself. And seeing just how much I was capable of making. And in retrospect now that I've done it once I think I have a better handle on how much I can do so it will be easier the second time, for sure. 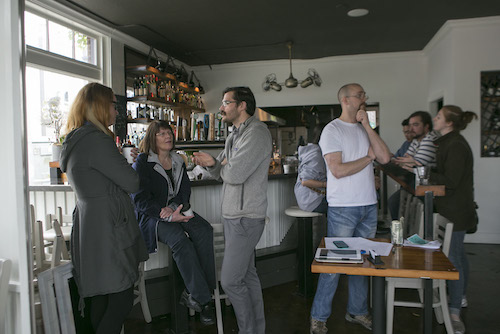 Wow—so were you up all night the night before baking like crazy?
Yeah, I went in when Brimmer & Heeltap was closing. I said 'hi' to the bartenders as they were counting out their drawers and everyone's having their shift drink and heading out the door as I was getting going.

It must have been rewarding to see a big crowd for your first event.
We have Slate Coffee across the street and you can get your stuff at Parchment and take it across the street. So it was a really fun almost block party feel. Looking across the street and seeing everybody with their bakery boxes from us was rewarding and everyone was in there drinking their coffee and eating a whole box of sweets and that was a great feeling.

Anything else that will be different or new at the next pop-up (on April 20)?
I'm gonna do some super-classic Easter things: my version of hot-crossed buns, which I think can be delicious if you leave out the gross, candied fruit. I'm gonna be doing some balsamic cheesecakes with some of the new strawberries that are coming in. I've been testing out a gluten-free miso-caramel chocolate swiss roll. It's coming out pretty good so far. 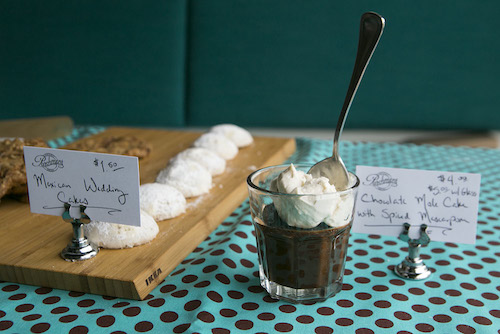 Maybe it's too early to answer this, but what's next? What is this all leading to?
I really don't know yet. I really love the freedom that comes with not working 80 hours a week anymore. It's great. There are a couple more potential places I might be doing the bake sales in so I can't anticipate yet. Maybe the pop-up thing will be so great that maybe I'll just stick with that. But I would never rule out the possibility of finally being able to get my own little bakery spot. So who knows.

Do you ever get sick of sweets?
No! I love sugar so much that I've made an entire career out of it. I eat probably more cheese than a normal person but I love sweet things. I love Thai food which is basically like having sugar with dinner, which is great. I never really get sick of it but at the same time when I go out to a restaurant I'm not like, 'I'm going to order dessert!'

Speaking of restaurants, any favorites you hit up regularly?
I love RockCreek, I can't get enough of their Calamari 'Kari Out' and of course I love everything they're doing at Brimmer & Heeltap (can't wait to get in to try the spring menu). Our go-to on Capitol Hill is getting take out from Kedai Makan and eating it next door at Montana.
—Megan Hill 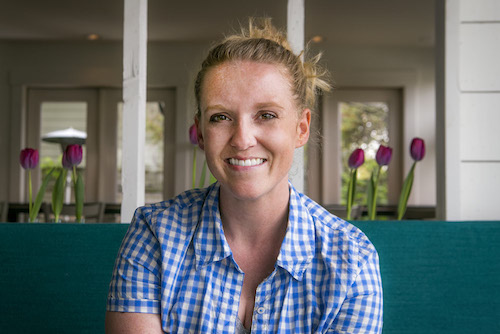