Share All sharing options for: 15 of Seattle's Most Anticipated Spring Restaurant Openings

Over the next couple of months, Seattle will welcome a dizzying number of new restaurants and bars from seasoned chefs and newcomers launching their first buzzy projects.

Here's an alphabetical list of 15 of the city's most eagerly awaited openings set to launch between now and the first day of summer. Check the list, then weigh in on a poll: Which restaurant are you most anticipating? 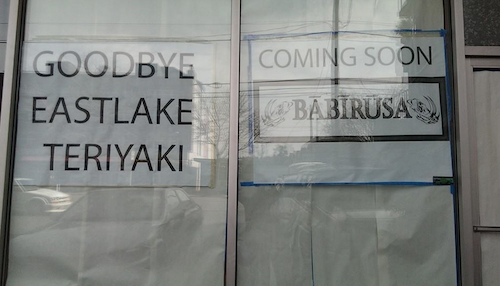 Babirusa
Where: Eastlake
When: Early May
What: The owners of Blind Pig Bistro are transforming the former Blind Pig at Eastlake Teriyaki space next door into Babirusa (that's also a pig-bear from Indonesia,) an unfussy restaurant and cocktail spot. 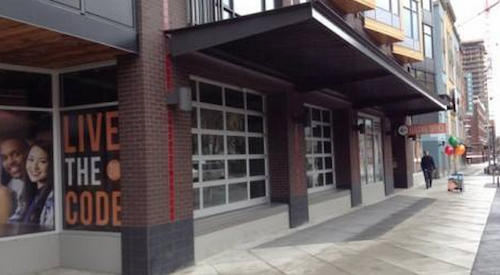 Bell + Whete
Where: Belltown
When: Early June
What: The people behind Local 360 are launching the meaty, European-inspired Bell + Whete in the neighborhood at 206 Bell Apartments. Also, broad beer, cider, and whiskey lists. 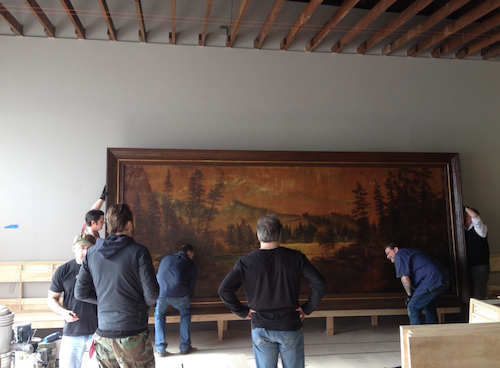 Brunswick & Hunt
Where: Ballard
When: Mid-May
What: One of Eater's "44 Most Anticipated Openings of Spring 2014," Brunswick & Hunt's "farm-to-neighborhood" concept from brothers Barry Rogel (DeLuxe Bar & Grill) and Scott Rogel (The Athenian) is weeks away from opening its doors on 70th St. near Delancey and Fat Hen. Chef Jeffrey Davidson (Bastille, Ray's, Vios) is building a menu around local ingredients and nose-to-tail cooking.

The Canterbury
Where: Capitol Hill
When: Mid-May
What: After shuttering more than a year ago, James Snyder (Sam's Tavern) and Neumos partner Mike Meckling swooped in and are revamping the venerable Canterbury (CHS has the backstory). Snyder tells Eater he's looking at a mid-May opening, which means we're weeks away from a first look into the 15th Ave. watering hole with an almost 40 year history. 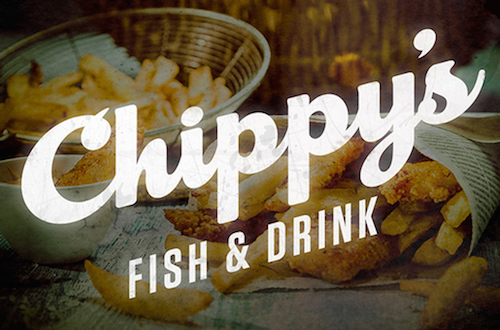 Chippy's
Where: Ballard
When: May
What: Ethan Stowell's domination of Ballard Ave. will continue when he opens Chippy's Fish and Drink in the former Dutch Bike Co. coffee shop space next to his Staple & Fancy Mercantile. Expect "old-school seaside specialties" including Shrimp Louie. Plus, a full bar with eight rotating beers on tap. 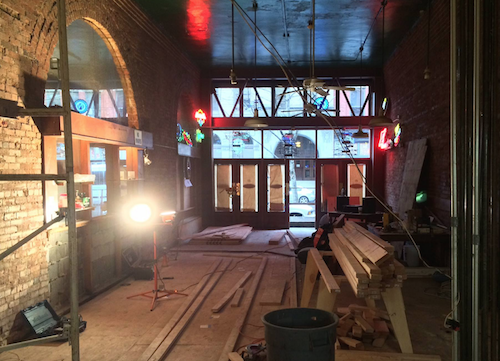 Damn the Weather
Where: Pioneer Square
When: Soft opening by June 1
What: Bryn Lumsden (fun fact: he's a founding member of Fleet Foxes) has put in time at Rob Roy, Vito's, and Vessel. Now he's launching cocktail, dinner, and snack spot Damn the Weather in the burgeoning Pioneer Square. Even better: The bar menu is rumored to include homemade candy corn. 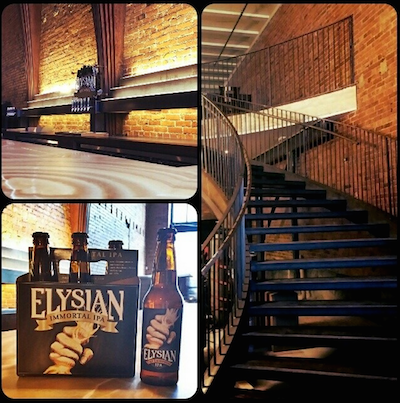 Elysian Bar
Where: Downtown
When: May 1
What: Familiar names, including Mr. Murray Stenson, have been brought on staff at Elysian Bar, the new downtown cocktail spot and restaurant from the owners of the Seattle-based brewery. Instead of the low-key, casual vibe of its Tangletown, Pioneer Square, and Capitol Hill pubs, the new Elysian in the former Noc Noc space will be decidedly dressed up, with crudo, steaks, and chops on the menu. 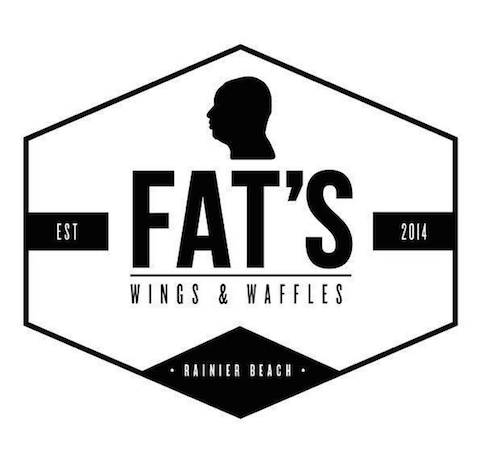 Fat's Wings and Waffles
Where: Rainier Beach
When: Early May
What: Worth every calorie, fried chicken, waffles, and coconut lime jalapeño wings are on the menu at Fat's, the new spot from the owners of Li'l Woody's and Happy Grillmore (a.k.a. the best named food truck on earth.) Plus, corn dogs for the kids. 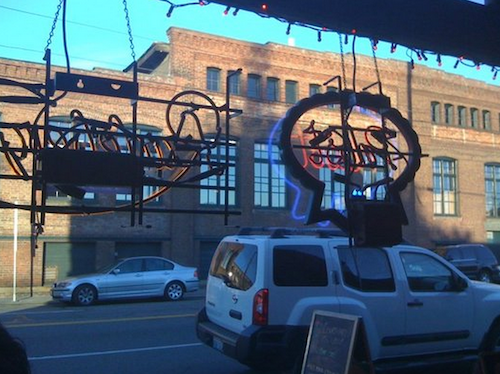 Flying Squirrel Pizza Co.
Where: Georgetown
When: Mid-May
What: What's new in the third Flying Squirrel location in from Bill Coury? Lunch, featuring 10" personal size pies and (cross your fingers) meatball sandwiches. Says Coury: "We've been wanting to open in Georgetown for a while...The neighborhood is very Squirrel, and there isn't a ton down there for all-ages." 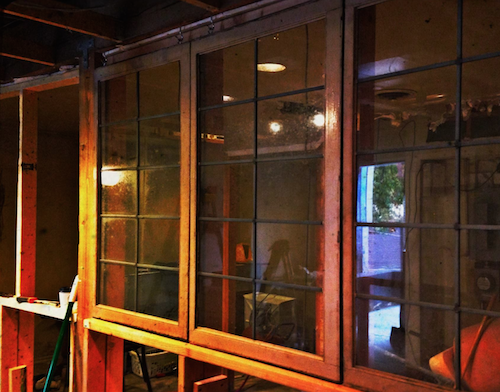 Good Citizen
Where: Capitol Hill
When: Anytime
What: Andrew Friedman's (Liberty) wants Good Citizen, his upcoming bar in the former Online Coffee location, to be "laid back, like a get together at someone's house." Communal tables, batch cocktails, and staff from food trucks manning the kitchen for two-month stints are planned for the Olive Way watering hole. He says, "It's a beloved space, I'm lucky to have it." 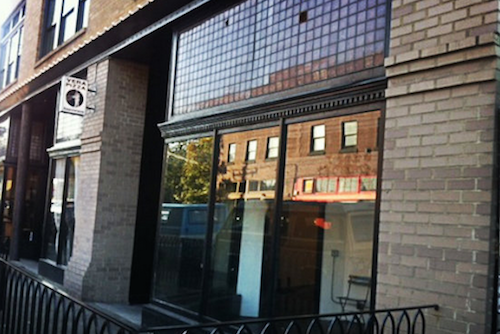 Hitchcock Deli
Where: Georgetown
When: Mid-May
What: It's almost time for Hitchcock and Altstadt chef Brendan McGill to start serving his killer BLTs, pastrami on rye, and club sandwiches at Hitchcock Deli Georgetown. The sibling to his Bainbridge Island deli sits right next to Via Tribunali in Georgetown; McGill also plans cure meats in the back of the house. 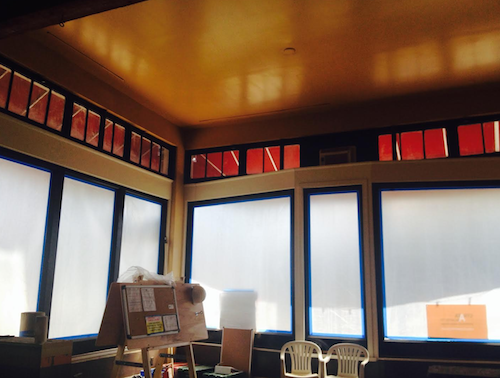 Mioposto
Where: Ravenna
When: June 12
What: Jeremy Hardy (Coastal Kitchen, Mioposto Mt. Baker) is transforming the former Taverna Mazi space near University Village into a second Mioposto featuring wood-fired pizza. The new location will seat 60 and include a grab-and-go counter and breakfast pizza with mozzarella, pancetta, egg, breadcrumbs, and hot sauce.

Pizzeria Gabbiano
Where: Pioneer Square
When: June 1
What: Il Corvo's Mike Easton searched for more than half a year before finding the perfect Pioneer Square location for his Pizzeria Gabbiano. The 1,000-square-foot restaurant will serve lunch, then possibly expand hours. Easton says: "Essentially, we're doing pizza that's really based off of the pizza you find in Campo de' Fiori in Rome." If the pie shop is half as popular as Il Corvo, people will be beating Easton's door down the day he opens. 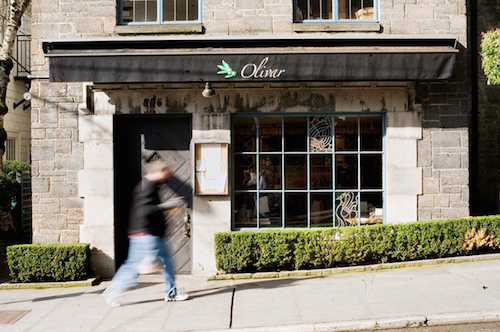 Restaurant Marron
Where: Capitol Hill
When: June
What: Eric and Zarina Sakai are planning a quick transition for the future home of their Restaurant Marron in the Olivar location on Roy St. Philippe Thomelin plans to shutter Olivar at the end of April, and by June the space will be reopen as a fine dining spot serving a $58 four-course tasting menu or a $189 "carte blanche" menu that includes up to 18 small plates. 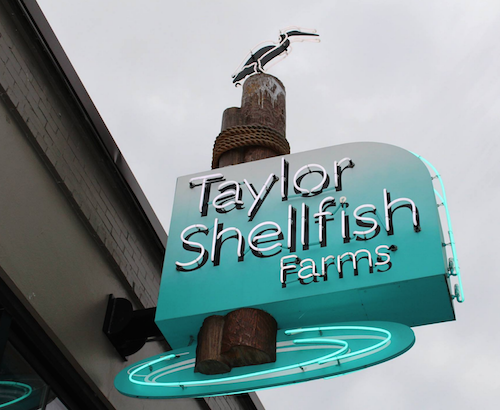 Taylor Shellfish
Where: Queen Anne
When: April 23
What: Adding to its Capitol Hill location at Melrose Market, Taylor Shellfish plans to start serving bivalves, beer, and wine next week at the Expo building in Lower Queen Anne. The oyster bar will also open a Pioneer Square outpost in the coming months.