The Year of Buckwheat: Checking in With Miyabi 45th's Mutsuko Soma

Share All sharing options for: The Year of Buckwheat: Checking in With Miyabi 45th's Mutsuko Soma 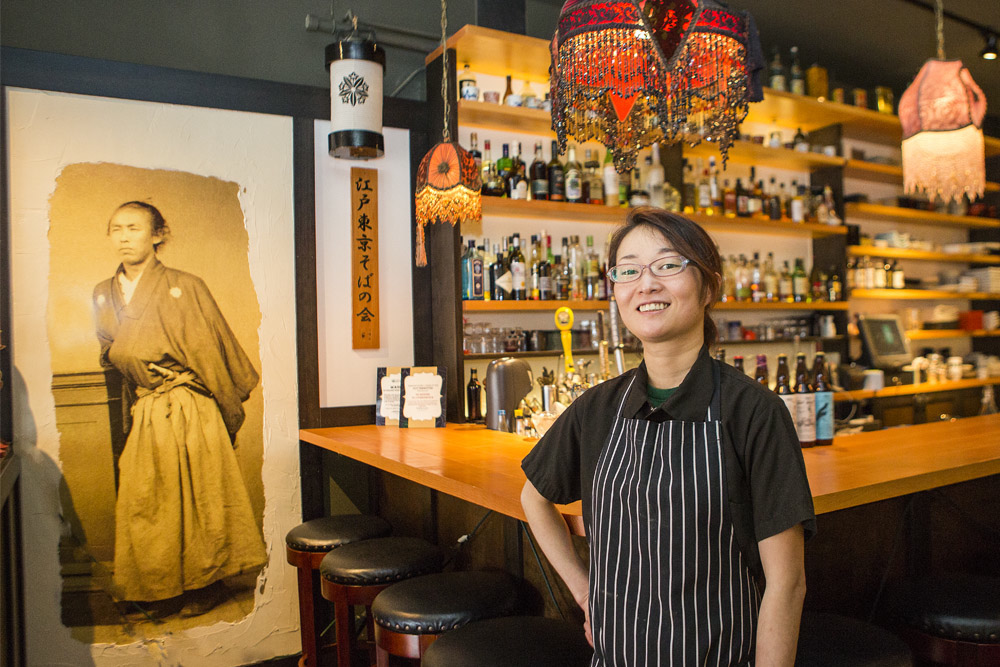 Japanese food is everywhere in Seattle, but most places are focused on sushi, except one. Mutsuko Soma is one of the two owners of Wallingford's Miyabi 45th. Miyabi opened in the winter of 2013 with a focus on noodles, novelties, and creative drinks. The restaurant has already become known for the mix of modern techniques and unusual flavors that go into bites like foie gras "tofu" and cocktails made with Korean chili garlic shochu.

Miyabi just celebrated its first birthday. Is the current concept consistent with the original idea?
We opened on February 14, Valentine's Day. Not on purpose, though. The original plan is the same as it always has been, to do this food. I wanted to cook with a new concept here, using my training in different foods, Japanese techniques and flavors, and Northwest ingredients. 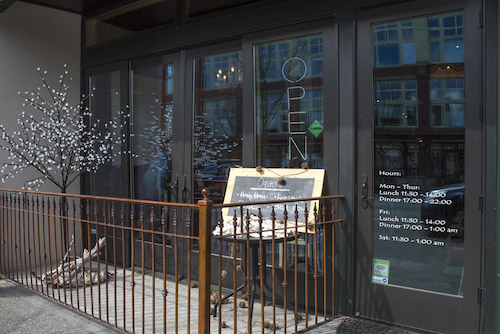 What have been some of the challenges of opening a restaurant like Miyabi 45th, something so different from other restaurants or concepts in Seattle?
A lot of people think that soba is like noodle soup, like a different pho. So, they don't understand that soba is a year-round food, it's delicious in summer. You can get hot, cold, bukkake…people think it's fusion, but it's really not. Japanese food is increasingly embracing European culture in new dishes. My food, it's an expression of where Japanese food is headed. It's as authentic as anything you could get in Japan.

The cocktails are just as original, with flavors and approaches diners might not have had. How do those come about?
Every day I drink. They're my crazy ideas, not fusion. The cocktails too, they're not influenced by other restaurants. I think of ideas while I drink, while I eat. I write them down and then I make the combination, I try them. If they're good enough, they go on the menu.

The concept is largely focused on soba. Did techniques in European foods that you picked up working in other restaurants—especially pasta—help shape that knowledge?
No, pasta is a completely different process. It's usually made with machines, folding, stretching, cutting noodles. Soba is made completely by hand, from start to finish. I roll it out with two rolling pins, and cut it with a big knife. Everything is by hand.

Do diners that come in order food in the way you thought they would? How should they eat at Miyabi?
Yes, mostly. Servers are very helpful, they instruct people if there are questions. Most people order three to five appetizer dishes to share and finish with soba, hot or cold. 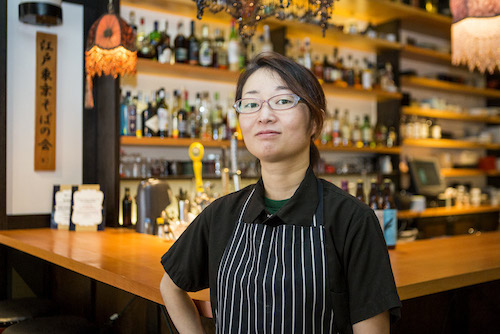 Any surprise successes? Dishes that are even less familiar than soba?
The unique signatures I create have been very popular. The uni shot with sea urchin and quail egg, people really like it. And the foie gras "tofu" (with honey-roasted grapes and dashi), the cauliflower karaage, too.

Have you found that people are beginning to understand soba now that noodles are more popular in other forms? Have you had a hand in increasing that popularity?
Ramen, yes, people like it, want it, but not soba really. They don't know it yet. The people who know it really like it, they order it, know what to expect. But a lot of people still think that Japanese food is tatami mats on the floor and teriyaki, or sushi rolls from the store. We have not caused the popularity. I hope understanding is increased slightly, I know there's still some confusion. Some people, they know about soba but not buckwheat.

Can you talk a little about what soba is? How do you make the noodles?
It's 80 percent buckwheat, 20 percent wheat...a 300-year-old style of noodles, of composition. Washington is actually the biggest producer of buckwheat. I did online research to find our supplier, and they were mostly shipping everything to Japan at the time.

It's a little like doing yoga, making the noodles. It takes me maybe 20 minutes, from start to finish to mill the buckwheat, make the mixture for it, make the noodles. I make 15 portions at a time, with 3 pounds of buckwheat. It takes 45 minutes. It can't rest at all, or it will dry out and break.

How did you get to where you are today, as a chef?
I went to Japan, studied soba making, plates, architecture of dishes. I brought back the plates from Japan. (Do you cry when they break? "Kind of, yeah.") In Japan, I went to soba-making school, worked with a teacher, a mentor and staged with him, worked at his restaurants.

In Seattle, I worked with Joseph Jimenez de Jimenez (at Harvest Vine). He made everything from scratch, used crazy ingredients in dishes that only he can make. In one, he brought dishes from the 16th century, combinations no one has ever had: seared tuna belly with parsley crust and vanilla-infused oil. You can't have it anywhere else. No one else can make it. That's what I do, too.

Are you planning on bringing your unique approaches and cuisine to more restaurants, now that you've got a year under your belt? Can you share your vision for the next year, five, ten?
No plans for another restaurant, not right now. I can't focus on more, because I make all the soba by hand. I can't do more than that.

Thanks to Tiffany Ran for help translating Julia's interview. 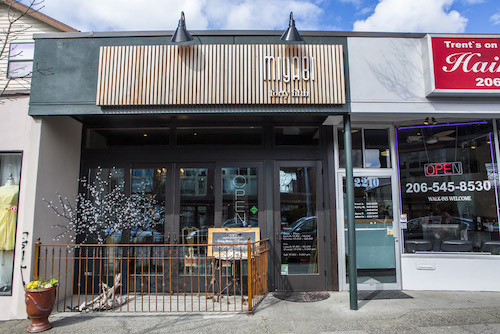