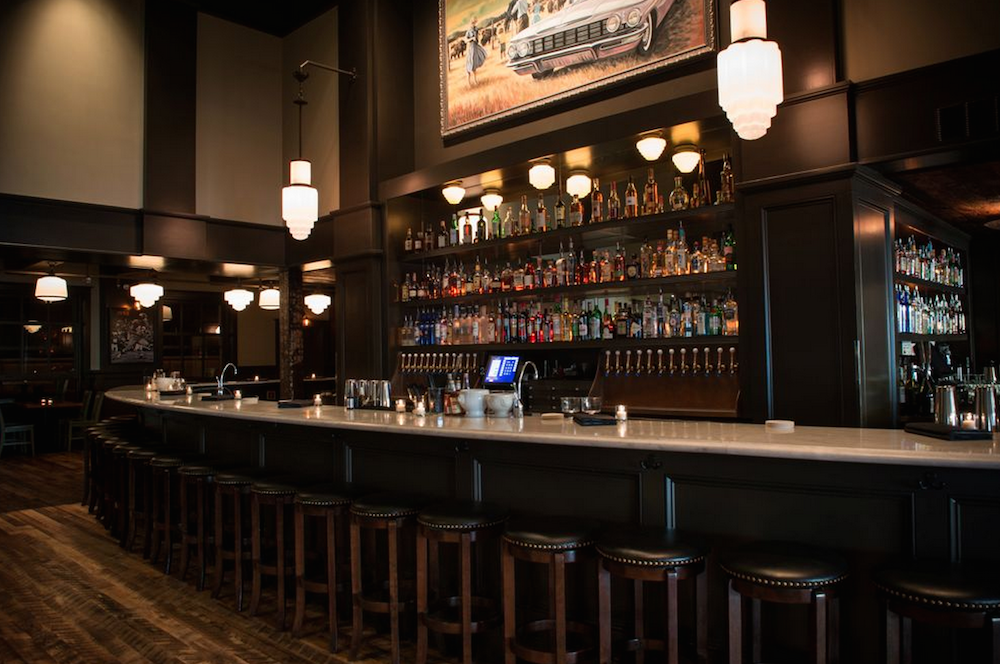 PORTLAND— Eater PDX has a look inside two new watering holes: Downtown, in the just-revamped hotel Sentinel, the Jackknife Bar is now open, featuring a 65-foot-long curved marble bar, Art Deco details, and a menu partially inspired by cocktails from famous hotel bars throughout history. On the city's east side, the 8,000-square-foot Coopers Hall claims to offer the largest tap wine program in the country — with more than 40 on-tap — in a industrial space. Coopers Hall opens April 28. [EPDX]

VANCOUVER— It's awards season for Eater Vancouver and David Gunawan's Farmer's Apprentice stormed the Vancouver Magazine Awards, bagging Best Casual Dining, Best New Restaurant and Restaurant of the Year. Our photographer was there to capture the action. Also the Chinese Restaurant Awards announced their top 10 Critics' Choice Signature Dishes, here's where you can try them across Metro Vancouver. [-EVAN-]

VANCOUVER— As patio season springs into action, we map the 20 best places across the city to soak up the sun from shore-side family-friendly gardens to secluded inner-city sun traps. But, of course, there is always the possibility of rain and if so, where better to watch the clouds than the new Roof restaurant at the Fairmont Hotel Vancouver. [-EVAN-]

PORTLAND— The iconic sandwich-makers at farmer's market favorite Pine State Biscuits have opened their new outpost in Southeast Portland. The shop had closed its popular, line-inducing SE Belmont Street location in March 2013 in favor of a larger location; it's finally open (after a few build-out delays) and serving Pine State's familiar menu of fried-chicken biscuit sandwiches, biscuits and gravy, and Southern classics like fried green tomatoes and shrimp and grits. [EPDX]