Talking Beer with Hilliard's Taproom Manager, Including His Favorite, the Chrome Satan

Share All sharing options for: Talking Beer with Hilliard's Taproom Manager, Including His Favorite, the Chrome Satan

Welcome back to Pints of Interest, a monthly column from Jake Uitti that features bartenders pouring some of the best beer in Seattle. 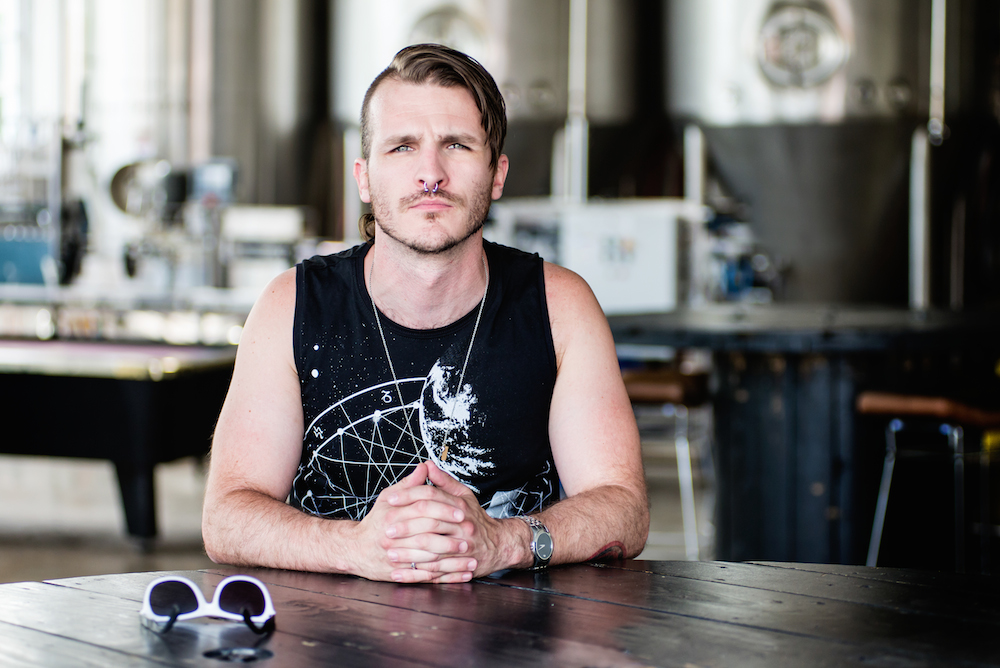 Stephen, Hilliard's taproom manager, was tending bar the day Eater came in to check out the space on NW 49th St. in Ballard. Behind him stood giant vats containing the brewery's recipes. Six Hilliard's beers were on tap, from the Extra Special Belgian to the Chrome Satan to the Murdered Out Stout, plus a variety of canned beer was in the cooler, including their Amber, Saison, and Blonde.

Stephen recommends his favorite, the Chrome Satan: A copper lager fermented at ale temperature, clocking in at 5.6% ABV. The beer was rich but light with a touch of malt and caramel flavor. He answered a few questions about Hilliard's diverse selection.

What's your favorite beer on tap?
On draft it's definitely the Chrome Satan—I like lagers a lot and this one is kind of sweet enough to appease everybody. It has a crisp finish on it that makes me happy, too. We've been brewing the Chrome since last spring of 2013, I think, though these things tend to flow together…I also really like our stout.

How often does Hilliard's rotate taps?
We normally get a new beer on at the maximum once every three months and at the minimum every month. It depends on our production schedule and whether we're working on cans or drafts. Right now we're pushing the Chrome Satan cans as a seasonal for spring.

Hilliard's sells a lot of cans—do you do more sales in cans than kegs?
In the taproom here, we sell more drafts than cans. On the whole, however, it's more cans.

Is Hilliard's working on anything new?
We're always working on something new. We always have something up our sleeve. Our brewers are always thinking and chipping away at ideas. We're a brewery that wants to do beers that haven't necessarily been focused on, which is why we have a Dopplebock on tap and our Original Singe, a smoked, malty beer. Also our ESB, which, for us, is a an Extra Special Belgian—it's like a traditional ESB but with Belgian yeast.

How busy does the taproom get?
Pretty busy—depends what's going on. We've had events with 450 people in here and some nights with just 10 or 15 folks. Food trucks come by on the weekends and Road Dogs Brewery Tours bring lots of people our way. It can get crazy. But it's fun.

What's your best selling beer?
That's a really good question. The Blonde and Amber in cans sell well. The Chrome Satan sells well on draft. People are always telling me that they've tried our Saison and that makes them want to try more of our beers. You know, we try to help out non-profits whenever we can, donating beers. That's how people often find out about us.

Editor markup for Hilliard's. This is only visible in the story editor.