Share All sharing options for: Restaurateurs Weigh In on Seattle's $15 Minimum Wage

Last week, Seattle's City Council unanimously voted to raise the city's minimum wage to $15 an hour. The decision has the restaurant and bar industry's full attention. Struggling to come to grips with the changes, some owners are considering hiking up menu prices. Others may end up adding a service charge to guest checks.

The plan includes two paths with different stages for businesses to reach the $15 mark, with challenges to the wage hike continuing to emerge, including this charter amendment.

Ahead of what will undoubtedly be a shift for the local food scene, Eater asked Seattle-area restaurant owners to weigh in on the impending wage increase. Here's what Angela Stowell, Brendan McGill, and others have to say about how it might change the dining habits of residents and impact the future of restaurants. 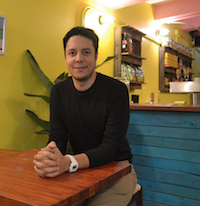 Manu Alfau
Chef/Owner, La Bodega
I wish they would've done a little more research on how it would affect small businesses. I am all for people making more money, but I think it's meant for larger corporations like McDonald's, Target, Walmart to have this wage hike.

I don't think it's a bad thing but for smaller businesses, only the super strong will survive. It will mean that only owners who are willing and able to work every day at their own businesses to reduce labor costs will survive. I also have a five year lease, so I'll be able to make a decision about whether to sign or and go forward or not, but other businesses might not have that. 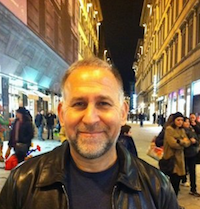 Jeremy Hardy
Owner, Coastal Kitchen and Mioposto
This is a game changer. The myriad of unintended consequences it too complex to really understand; even for restaurant veterans. There was incredible anger generated by a series of callous, recession causing, big-bonused bad actors on Wall Street while the rest of us were falling into the recession abyss. Those guys in Wall Street must be chuckling—like the invasion of Iraq the 15Now folks missed the target by about 3,000 miles. But we sit in the crossfire.

As a lifelong liberal I have always been angry when businesses and politicians decry the loss of jobs over a CPI $.40 minimum wage increase because that is ridiculous. This is different. We cannot survive if we continue doing business as usual. I hope the public will continue to support their favorite spots while everybody figures this thing out. We are going to adjust using all of the tools at our disposal; pricing, reducing menu offerings, look at operating hours, reducing labor where we can and certainly not opening another business in our beloved Seattle. Our business model will need to change. In a business whose goal is "to build community one relationship at a time" this reduction in labor is going to make that even more difficult.

We have raised 100's of thousands for schools, Lifelong AIDS Alliance, Mercy Corps, tsunami survivors, Darfur, the victims of Oso, and countless other non-profits over the years while providing health insurance, education reimbursements, and ongoing training for our employees. It falls somewhere between feeling sad and feeling betrayed that this grenade has been dropped on us. 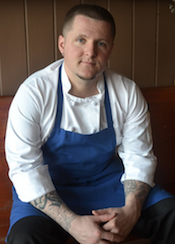 Brendan McGill
Chef/Owner, Hitchcock, Hitchcock Deli
I think what people need to realize is that the money will have to come from somewhere. With a group like mine, where ethics in sourcing come before profits, we run a very slim margin. To pay my staff more, I need to either buy worse food or raise my prices, and I'm not willing to start buying commodity meats or fish from larger, questionably managed fisheries.

I'm supportive of livable wages and am honestly somewhat excited for this social experiment. If one hour of minimum wage can be used as a metric, things will go fine. If a roast beef sandwich made with high quality bread, hormone and antibiotic-free beef and aioli with organic and free range eggs now costs about one hour of minimum wage, my estimate is that after the wage hikes it will still cost about one hour of minimum wage. My concern is that someone who currently makes $40K/year and isn't affected by the wage hike won't be willing to start paying more for all their goods and services. As it affects the delis, I'm willing to see how it rolls.

I'm a little more concerned about our full-service restaurant. Without a tip credit or total compensation being considered for employees, we will have to dramatically change the way we staff, especially in the front of house. We operate on a very thin margin as it is, attempting to bring the finest foods to the table that our pool of sales allows. I imagine new businesses opening will run counter operations where guests grab their own silverware and bus their own tables. It's going to be more difficult where there is an expectation of service. What happened to all the hosts and bussers? Servers will be running their asses off, and from what I hear the public sentiment is shifting to "why tip? they already make $15 an hour." Servers will be working harder for less money with less support; I wouldn't expect service to improve around town.

Bottom line, labor can only be a function of sales. If somebody sees a "busy" restaurant at lunch, with 150 eaters dining there throughout the lunch hour, and each person spends $15 dollars, the restaurant just rang $2,250. If labor comprises significantly more than 30 percent, the restaurant won't be in business for long. So that allows 675 total for labor for the day, before the L&I taxes we pay that allows $550 or so. At $15 an hour, that allows 36 labor hours, which means four people can work a full day. This assumes that everyone is making the new minimum. Now look around in a busy restaurant serving 150 people in a service—do you see more than 4 employees? Of course you do. The new math breaks the system. There seems to be a fallacy that instead of lining our richie-rich pockets, business owners will simply break off a little more for their employees. I barely get paid $15 an hour.

And the thing is, most of my employees already make $15 an hour, if not much more in the servers' case—it may be a base of $10-$14, plus tips from the pool, staff meals, or vacation pay. Without those factors being considered and fighting to stay in the black (as if every restaurant isn't perpetually fighting to stay in the black), we won't be able to show our staff the respect of allowing them an espresso drink whenever they're dragging, or to use the same high-quality foods for staff meals that we offer our guests. I've enjoyed not running a corporate ship the way the large hotels I've worked in operate: highly punitive where cost-control is concerned. For them it's about maximizing profits, but for me it's going to be about staying in business. 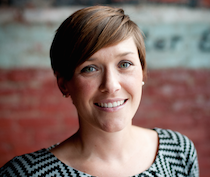 Angela Stowell
CFO/Owner, Ethan Stowell Restaurants
We fully support an increase of the minimum wage to $15, however, we feel that all W2 income should be considered when calculating that wage. Restaurants work on very small margins and Washington already has the highest minimum wage in the country at $9.32 an hour. Under this plan, servers and bartenders, who already make an average of $35-$40 and hour in W2 income, will see an immediate increase in their pay while the cooks, who make around $15 an hour, will have stagnant wages for upwards of seven years.

The 15Now movement has repeatedly declared that this is about big corporations like Burger King and Walmart, but it is very unlikely that these companies will suffer (there aren't actually any Walmarts in the city of Seattle anyway). Local, independent restaurants and retailers will be the ones who are really going to struggle and some will go out of business. At the very least, customers across the board are going to have to pay more to accommodate the new wage. Some people will be okay with that but I worry that our guests will start spending less and going out less as they adjust to higher prices and their own wage compression.