Mediterranean Exploration Company Coming to PDX; Where to Watch the World Cup in Vancouver

Share All sharing options for: Mediterranean Exploration Company Coming to PDX; Where to Watch the World Cup in Vancouver 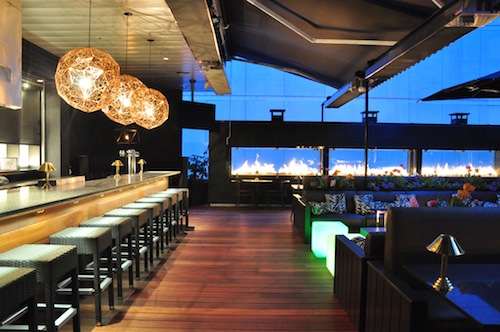 [Photo via The Roof at Black & Blue]

PORTLAND— One of Portland's most anticipated summer openings has set a debut date: Acclaimed chef John Gorham, the man behind blockbusters like Toro Bravo and Tasty N Sons, will open the doors to the Mediterranean Exploration Company on August 1, after two weeks of soft opening dinners. The restaurant, slated for Portland's central Pearl District, promises a menu featuring house-made breads alongside homemade lebneh, hummus, fried smelt, and anchovies; plus larger plates like grilled lamb chops and "Eastern-style" fried chicken. [EPDX]

VANCOUVER— Although their bid for $50,000 on the crowd-funded Indiegogo site failed, the dream of Kitty Corner is going to become a reality, putting Vancouver in the lead to become the first North American city with a permanent cat cafe. In other exciting news, the city is about to get its first dedicated crème brûlée and liège waffle bar, Crackle Creme (pronounced Crack LE Creme) which opens this weekend.

VANCOUVER— If you love football you must be in heaven right now with the FIFA World Cup in full swing. If you're coming to the city, there is no need to miss out because we've picked out some great places to watch all the matches. Aside from football, nothing inspires more passion than food and music, so we launched a brand-new feature this week, putting the two subjects together. First up, we talk to La Pentola/Cinara's chef Lucais Syme about what he and his cooks listen to in the kitchen while they get ready for service. [EVAN]

PORTLAND— Farang, the Vice-produced documentary about Pok Pok impresario Andy Ricker will celebrate its world premiere in Portland on Thursday, June 26. The complimentary screening at the Mission Theater will also feature food by Pok Pok and Sen Yai, plus a Q&A with Ricker and the film's directors. If you're in town, RSVPs are required to attend the screening. If not, keep an eye out for additional airings and revisit the trailer below: