Share All sharing options for: Dot's to Close After Dinner Service Tonight

Fremont's Dot's is closing its doors today. The unexpected news comes three months after a remodel that turned the sandwich-centric Dot's Deli into Dot's Charcuterie & Bistrot. Owner Miles James tells Eater, "It was kind of a decision that was made for us. It hasn't been busy enough to support being open. I had a last ditch effort and it didn't work out so rather than string people along, you know, and not be able to pay my employees I would rather just stop."

He announced the decision to shutter hours ago on Facebook:

It is with deep sadness that today we had to make the very difficult decision to close our doors. For nearly three years it has been our privilege to serve food to some of the most wonderful people we've ever met - many of which we now consider to be close personal friends. We feel so fortunate to have been embraced by the Fremont community of residents and neighboring businesses. We will truly miss all of you and cannot begin to convey how much we have appreciated your support over the years. We would like to thank all of our wonderful staff for their undying hard work and dedication to creating the warm atmosphere and quality of food that we believe in.

"The numbers were pretty telling for a little while because we were slow in a way that was shocking," Wallace said this morning. "Miles has worked day and night for years…to see it not become fruitful is heartbreaking." 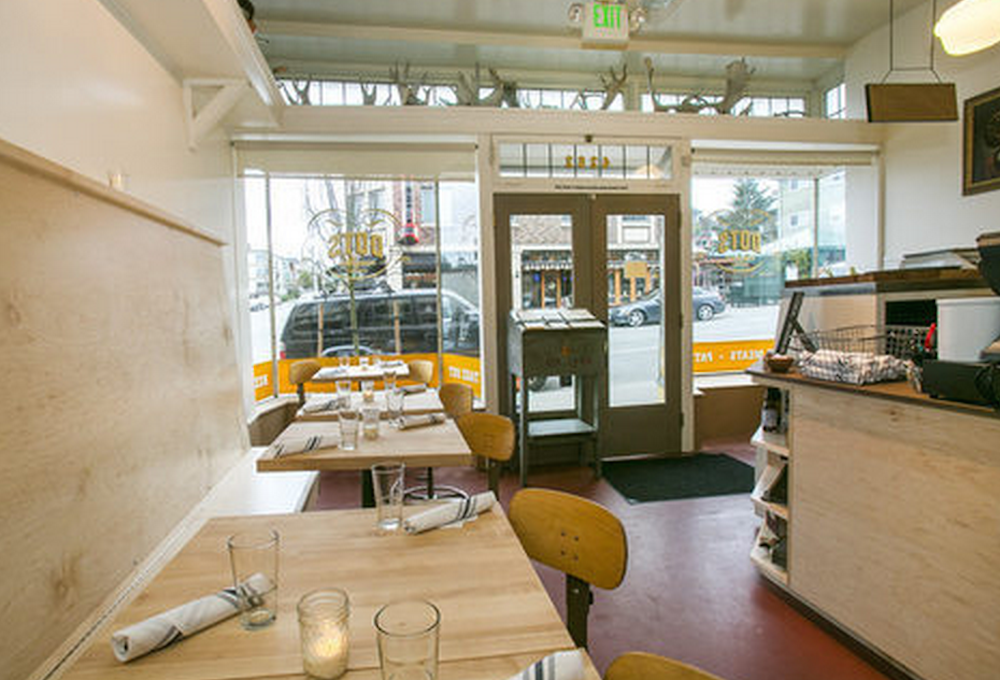 Wallace will continue to grow her Seattle Seltzer Co. and "help my sweetheart down at Rain Shadow Meats for a little while." James says he doesn't know what's next, but he's going to try to find someone to take over the space. "The whole process has been worth it, he says. "I've learned a ton. Learned more doing this than anything else I've ever done in my life."

Doors will permanently shut after dinner service this evening. "We're going to make a party out of the closure since Dot's is a place to be celebrated," Wallace says.
· Dot's Charcuterie & Bistrot [Official Site]
· All The Shutter Coverage [-ESEA-]