Inside Pomerol, Now Open in Fremont

Share All sharing options for: Inside Pomerol, Now Open in Fremont

How does Vuong Loc feel about officially unlocking Pomerol's doors today at 5 p.m.? Ready. He and his wife Tricia found the restaurant's space in a new construction at 127 N 36th St. a year ago and were first aiming to launch last February. Now that opening day has arrived, Loc tells Eater, "the space looks great, everything is working, we have a strong staff," and he's excited to get started.

A former owner of Greenwood's Pig 'N Whistle and the dearly departed June (now home to Red Cow,) he sold his Queen Anne restaurant Portage earlier this year. "Our lease was coming up, the building is super old, and the space was limited," Loc says. "All things were pointing in the right direction to move on."

Expect wood-fired proteins on Pomerol's French/NW-inspired menu. Loc says offerings will change up frequently, but tonight's menu will look a lot like this: 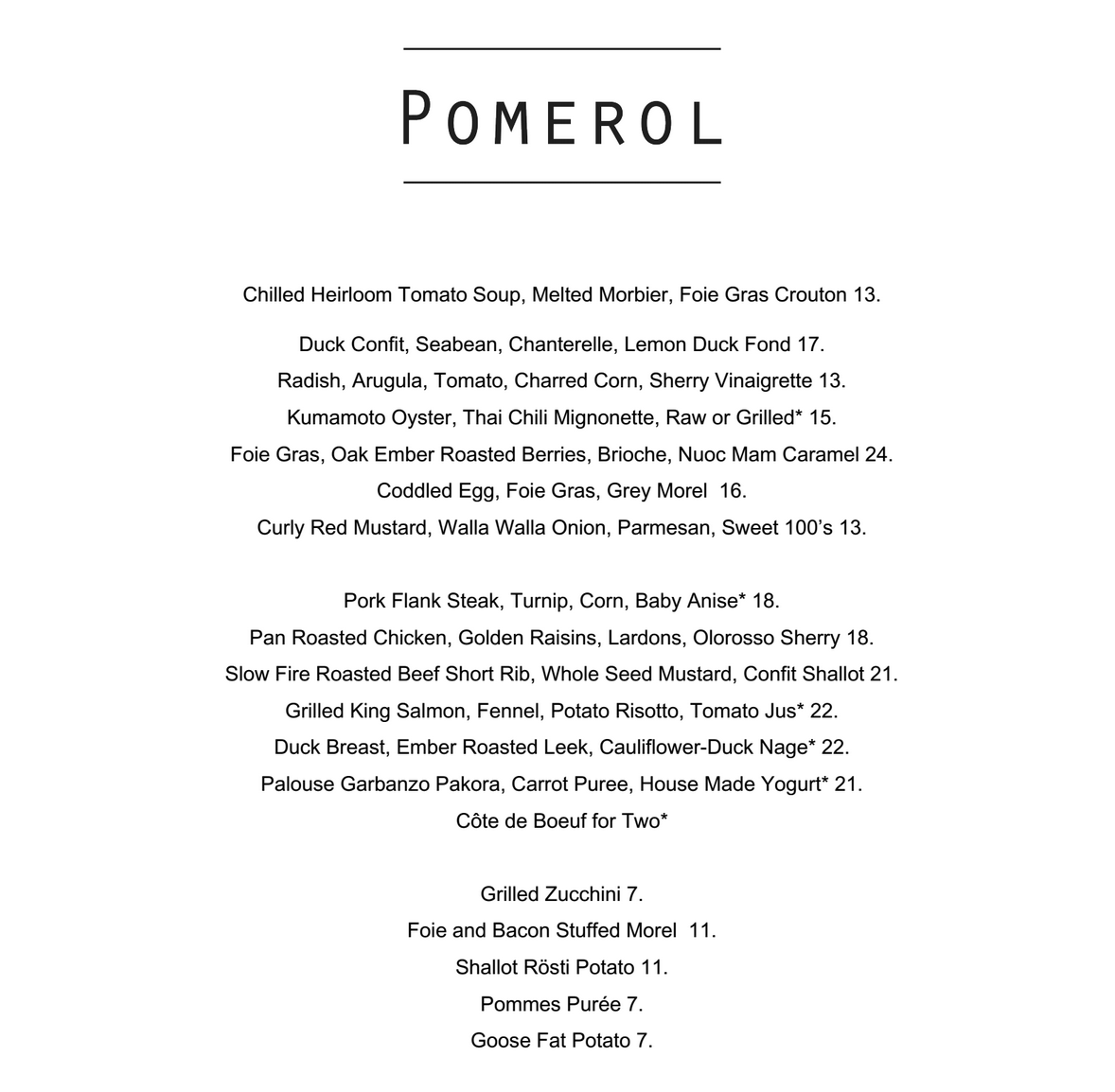