Josh Henderson on Westward's First Year, Gearing Up for Quality Athletics, & What's Next

Share All sharing options for: Josh Henderson on Westward's First Year, Gearing Up for Quality Athletics, & What's Next 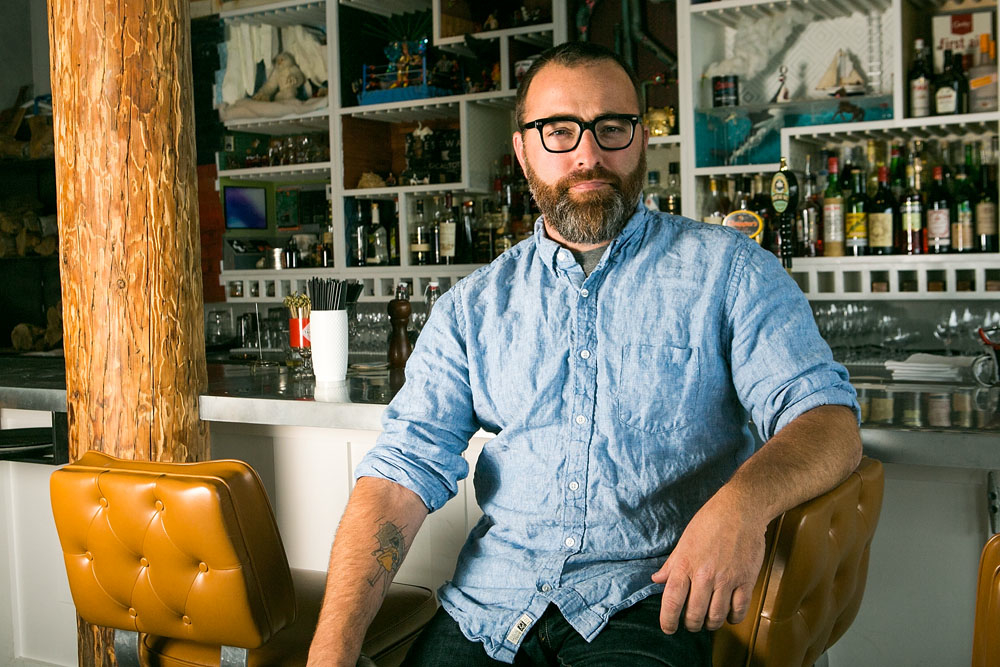 Josh Henderson is thinking ahead. He's one amazing year into Westward: The Life Aquatic-esque space snagged a James Beard nomination for Outstanding Restaurant Design this year, and with its view of Seattle across Lake Union and Northwest menu, Westward has already managed to claim quintessential Seattle restaurant status.

Henderson stepped away from daily operations at Skillet about two years ago and has transitioned to advisory roles with Woodinville's Hollywood Tavern and mercantile Cone & Steiner—he might pop in for a tasting and help out with menu changes, but the chef and restaurateur is now fully focused on projects for his restaurant group, Huxley Wallace Collective. Eater spoke with Henderson about what makes Westward memorable and transitioning from behind the food truck counter to the public eye after he launched Skillet. He also shares news about some exciting new projects, big and small, that fill his five year plan, including a more intimate space that will get him back into the kitchen and a possible restaurant on the Eastside.

Have you sold shares in Skillet, Cone & Steiner, or Hollywood Tavern?
We are still equity partners in all of them. So we are still considered an owner in some way, but from an operational perspective and from a control perspective there is really none.

I would say we have some influence over what is happening. But we will—from a design and also food and service perspective—be able to fully be a part of and stand behind just the Huxley Wallace projects. 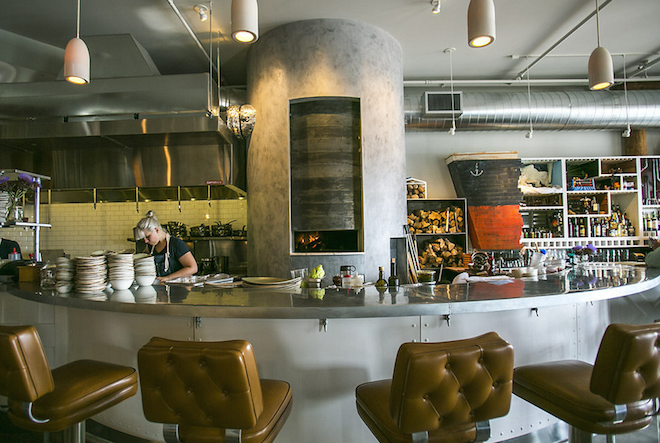 Has the first year at Westward been what you envisioned? What's surprised you?
There's been a lot of things that we wouldn't have imagined from the sort of general flow of people and the shear number of people that have come in. But I don't ever open a restaurant thinking it's going to be a failure. I hope it is going to do well and I feel like when we do something hopefully it is fulfilling an area or niche that people will want. It's been an amazing year there, we've been able to find our footing and I feel like we're hitting our stride right now. It is such an amazing team of people with Zoi [Antonitsas] leading the team, it's been an amazing year to watch [the staff] grow.

Do you design spaces or menus thinking about how families with kids?
Any space to me is really one that kids should be able to go into unless it's something like a Canlis (unless the kid is well behaved) but that to me is on the parents. I think kids should go into any of those and should be eating the same things we do. I don't really look at places as kid friendly or not. I look at them more as like, have the parents done their job so the kids will sit still? Some kids don't. I have two kids and there are some places we have taken ours that we wouldn't [again.] From a food perspective we're probably for the more adventurous kid. 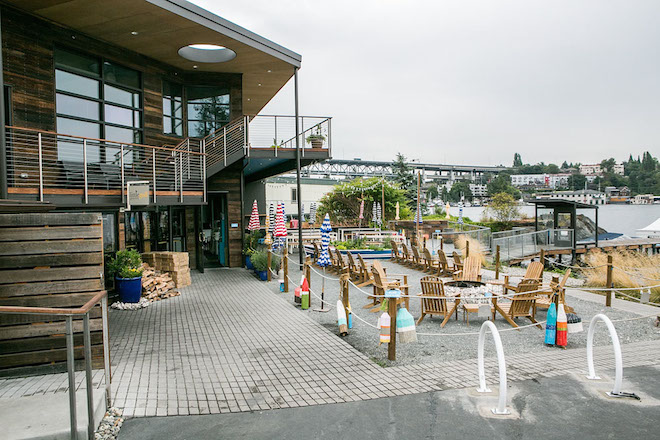 As you've gained notoriety there's more opportunities to do TV spots and other random media appearances. Is being the public presence behind the business something you've learned as you've gone along?
That was a learning experience with Skillet. It was kind of a "trial by fire" when we started because there was so much press, more than we have now even. We were in Time Magazine in our first year, something along those lines.

So I remember being just very overwhelmed by that. Not knowing how to take this attention that people have on every move that you make. It kind of rattled me in the beginning but I also wanted it really bad. So it wasn't like I was afraid of it, but it certainly rattled me.

But now I am very grateful for it and I appreciate any press and all press that we get. It is certainly something that you should never take for granted. We appreciate all of it, and press people have a job to do and we have a job to do. I try to do my very best to make sure that we accommodate and are part of that piece, because it is so crucial to the business to continually be out on the front of people's minds. People think once Oprah hits or something you're going to be rich for life. That might take care of you for a month or something, but the next thing is going to come along and you better be right there. So it's just a machine that you need to keep feeding and we are more than happy to do so.

Is opening a business a creative process for you?
Oh, absolutely, I like the part of just opening and then reacting to what you find within that first month or two. I think people feel that when they open a restaurant everything should be done, but to me that's really just the beginning. You really are just starting to figure out what you really are going to become. You don't really know what your restaurant is until you get people in there and the doors are open and food is coming out of the kitchen. You realize you put a sink in the wrong place or there shouldn't be bar stools over there. There are all kinds of things. I love that part and I love the reactionary kind of changes you have to make. That part is fun, it stresses some people out but I get a kick out of it. 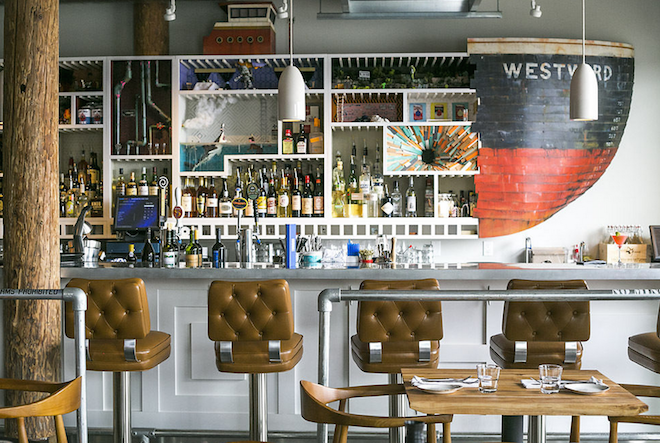 Westward has quickly become an essential Seattle restaurant. How do you describe that intangible thing that makes the place so special?
I think it come down to paying attention to the details. The very, very, small details. I see so many spaces that don't feel finished and there's a balance between being over designed and overdone and being finished. You have to be able to sit there and feel comfortable and I also think that for us we act as customers too and not as restaurant designers.

We love restaurants. There is a certain magic about them. I get excited about going to restaurants now just like I did ten years ago. So that has not stopped at all and in fact it has gotten more so. I love beautiful spaces and I love amazing restaurants that do it well, from food to service. I think that along with our team, Matthew Parker our designer and I bounce enough stuff off each other that we try to capture the little details.

What was it like being nominated for a James Beard Award and going to New York for the awards ceremony?
There's very few times that I let myself get excited about things because I feel like there is always so much work ahead. I choose to get really excited about it, although we would love a food [nomination] at some point. It still has James Beard in front of it. I will always have that moment when we were nominated. We soaked it in and loved every minute of it, loved the ceremony, just loved being there. It was such an honor and we were so excited about the whole thing. And really it felt like it was something the whole team had earned. It was amazing and I hope to never forget it, and hope to repeat it many, many times.

How do you split your time between Westward and your other projects?
As we've sort of transitioned to more advisory roles in the other spaces my time with all the other restaurants is extraordinarily limited. I spend maybe once a month at Skillet tasting some menu items and at the owner's meeting, but the majority of my time is spent in Westward right now. I spend probably another 30 percent of my time on development of new projects. We've got about two or three in the works right now, so I'm working on those. Some of those are two years out and they're big. And general sort of stuff with the business, like the amount of emails I am sure that all of us get in this world is a job in its own.

Some of it's also with Quality Athletics coming up. There's going to be a fair amount of time spent there opening the space and it's sort of going to be all hands on deck for a month or two when the space opens.

What's the latest with Quality Athletics? Are you on target for a September opening?
September 4 is the first Hawks game. We hope to be open prior to that, but we're going to be serving something that day. It will be an awesome time down there with the Super Bowl trophy, I know that the NFL has a ton of stuff planned for the day and it's going to be a big party. So we're shooting for the first week of September for sure, and it's gonna happen, come hell or high water. 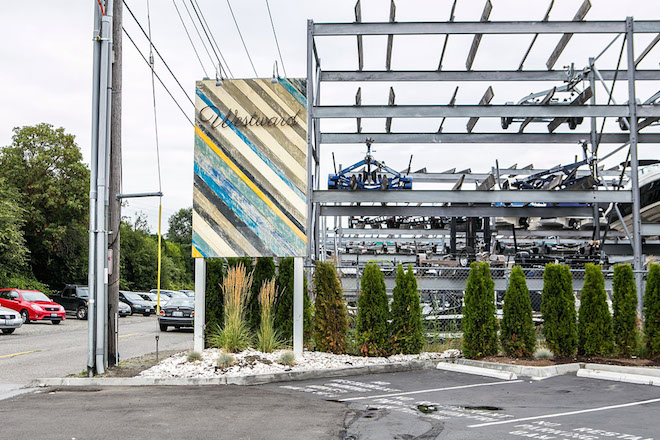 Can you share any more details about future projects?
The next one will probably be my own space, I will probably be doing a small little restaurant that I'll be at that will give me an opportunity to kind of get back in there and play a little bit. So that, and there will be some other smaller projects around that little restaurant. Beyond that there is really nothing I can say but there is some stuff in 2015 and 2016 that will be happening.

Anything planned outside of Seattle?
We're looking on the Eastside, potentially in Bellevue. We'll see if that one ends up panning out. Bellevue certainly doesn't have the character Seattle has but it has density and feels like a downtown sometimes at night. I think there will be a little more energy in core of downtown Bellevue than Seattle in some regards. There is a lot of development and there is just a huge thirst for bringing stuff over from Seattle. They want that sort of urban rawness that Seattle has more so than Bellevue, for now.

Do you feel pressure to do something new and reinvent the wheel?
No, I have to hold back. I love it. We have a plan for the next five years and so we are pushing for that. It involves a certain level of growth. We are going to keep pushing at it and it also happens to be a time when the city is needing more and more and there is a desire for more because there is so much development going on. It is a great time to be opening restaurants or even just anything in regards to food.
· Huxley Wallace Collective [Official Site]
· All Josh Henderson Coverage [-ESEA-]
· All Westward Coverage [-ESEA-]
· All One Year In Coverage [-ESEA-]