Where is/was that silver fox?

by Sara Jones Jul 28, 2015, 11:00am PDT
Via A Map of Bourdain's Seattle 'Layover' Episode [ESEA] and Where will Anthony Bourdain eat today in Seattle? [ESEA]

The trip has been a brief one, folks. Anthony Bourdain, the host of CNN's popular show, Parts Unknown, arrived in Seattle yesterday as part of his Close to the Bone tour, and is already off to Portland tonight.

If you missed him at the Paramount last night, tracking his dining stops in Seattle may be the next best show. When he was here in 2012 filming The Layover for the Travel Channel, he hit up The Walrus & the Carpenter, Le Pichet, Paseo, and many more (check out this map). Yesterday, Eater asked where you thought he would visit this time, and on the forum and Facebook, you predicted Salumi, Nue, The Carlile Room, La Carta de Oaxaca, and beyond.

So where did the man actually end up? Here's what we know so far:

He also swung by Ethan Stowell's Goldfinch Tavern at the Four Seasons, but it's unclear yet if that was early dinner or just a stopover. 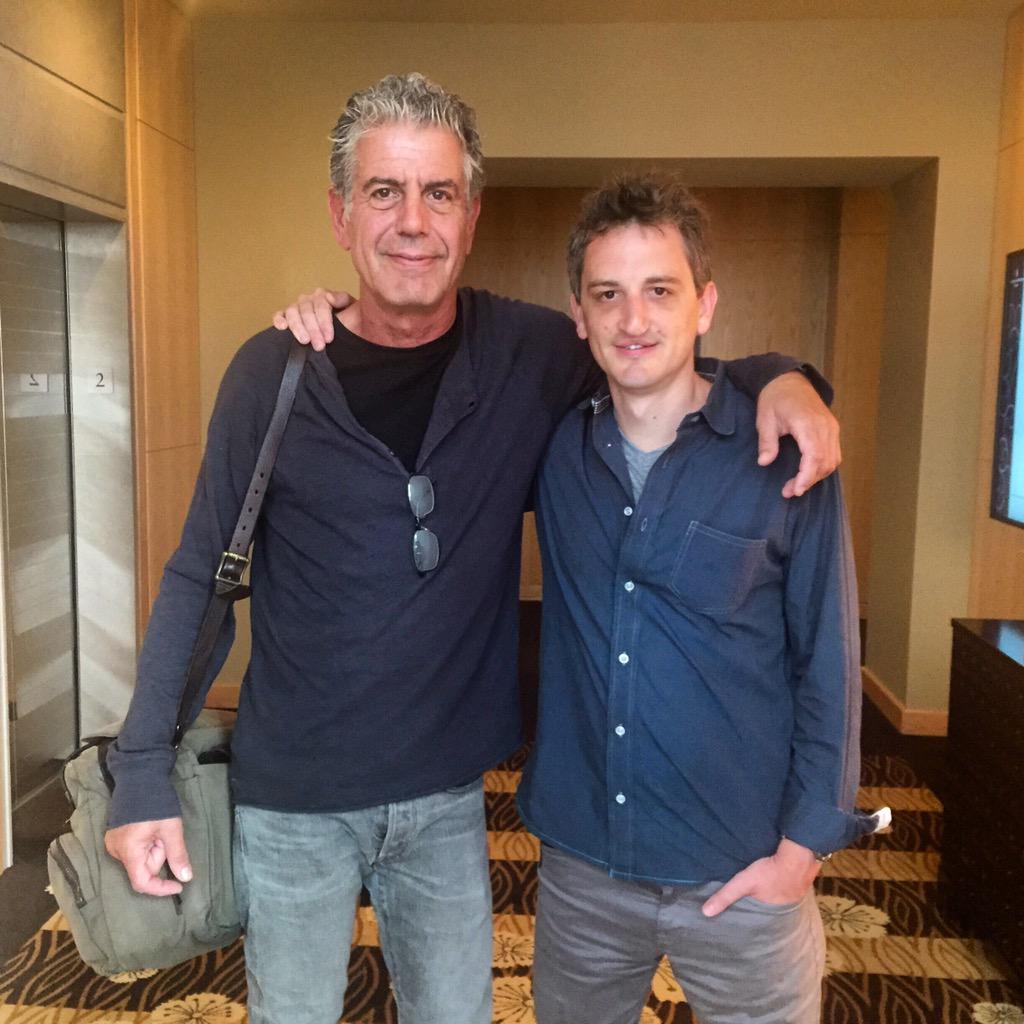 What are we missing? Where else have you seen Bourdain? Tweet us @EaterSeattle, email seattle@eater.com, or shout out in the comments below.